News from Semeru, Mayon, La Soufrière from Guadeloupe and Etna.

The seismicity of Semeru, on Java, still on alert 2 / waspada, remains significant.

The PVMBG reports for this May 13 :

The VAAC Darwin reports a continuation of the explosive activity and mentions a plume reaching an altitude of 4,000 meters, drifting north. In the Philippines, the Phivolcs issued a vigilance notice on May 13 for the Mayon, due to the risk of lahars.

Prolonged and abundant precipitation caused by tropical storm Ambo is likely to generate post-eruption lahars in the main drainages, in particular the Miisi, Binaan, Anoling, Quirangay, Maninila, Masarawag, Muladbucad, Nasisi, Mabinit, Matan-ag and the canals of Basud. In question, the remobilization of the materials deposited by the pyroclastic density currents and the ashes of the eruption from January to March 2018.

Note that the Mayon is still on alert level 2 / moderate level of instability. The volcano emits white plumes of vapor, and has a weak night glow. Inflation of the middle to high part of the volcano, started in late 2019, continues today. 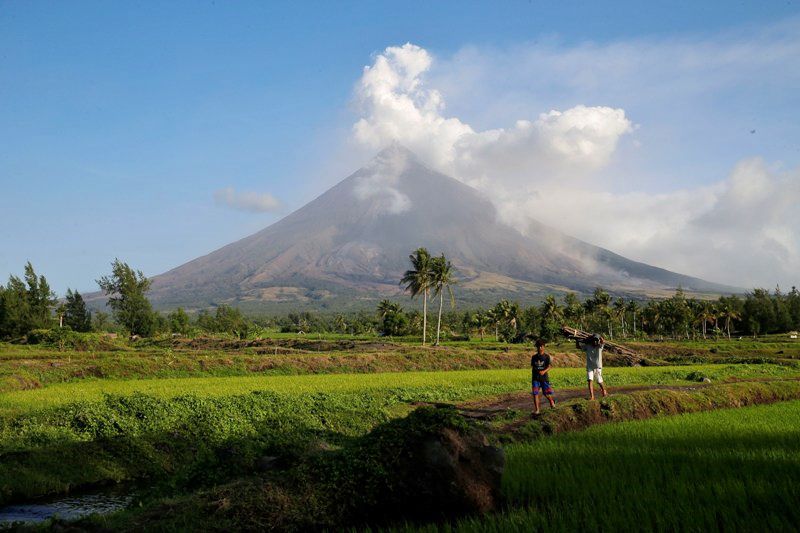 In the Caribbean, we have witnessed since the beginning of 2018 a cyclical process of injecting deep magmatic gases at the base of the hydrothermal system of the Soufrière of Guadeloupe, at a depth between 2 and 3 km below the summit.

It generates a recurrent process of overheating and overpressure of the hydrothermal system which results in disturbances in the circulation of hydrothermal fluids; the evolution of the activity of fumaroles at the summit, as evidenced by the projection of hot, acid mud over a few meters; increased swarm volcanic seismicity; some volcanic earthquakes felt, four between February and April 2018, including an earthquake of magnitude M4.1 on April 27, 2018, the strongest since 1976, deformations of small amplitude and limited to the dome of La Soufrière of the order of 3- 7 mm / year and the continued opening of summit fractures, the fluctuation of the flow rates of fumarolic gas from a pressurized hydrothermal reservoir, an increase in thermal anomalies in the soil at the top of La Soufrière.

These phenomena are not yet clearly associated with an anomaly in the other monitoring parameters which could indicate a possible rise in magma. The latter would typically, but not systematically, manifest itself through numerous deep or felt earthquakes, large-scale deformations beyond the dome, and the emission of sulfur gases at high temperature (> 150 ° C). 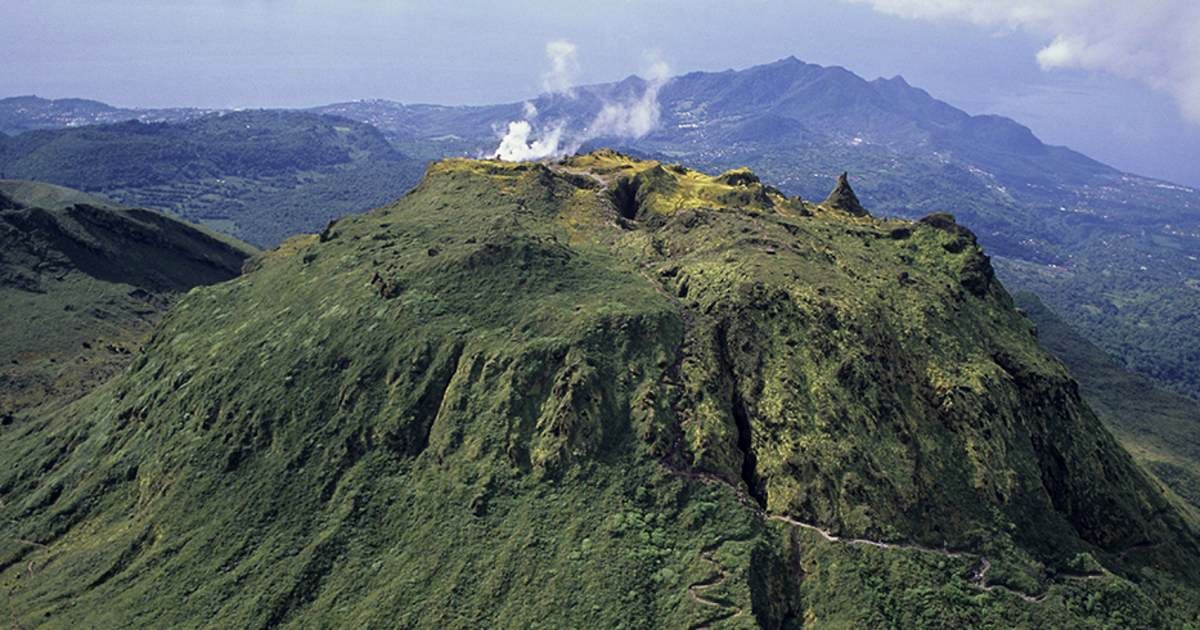 Originally scheduled for the fifth stage of the Giro d'Italia on May 13, 2020, this stage from Enna to Etna (Piano Provenzana), like the race, were postponed because of the pandemic.

The Etnean stage should be run on October 7, with a completely different weather.

For volcanophiles-cyclists, the list and history of Etna winners in Cycling News - .