Nevados de Chillan - aerial view from the northeast of the Nicanor crater (in red) and the dome in the center. - photo archive Vulcanologia en Chile 02.2018

From the analysis of satellite images of the Nevados de Chillan complex, it is possible to observe the location of a new magmatic body inside the active crater (Nicanor) with an elliptical morphology of NW-SE orientation ( similar to the one formed at the end of 2017 - see photo).

The presence of thermal anomalies coincides with the location of the magmatic body / lava dome. In addition, the deformation stations detected vertical variations and since June 10, explosive activity is associated with long-term seismicity (LP; movement of fluids) and tremors with harmonic characteristics, which demonstrate the extrusion of wash.

Considering recent morphological changes and surveillance parameters, the Sernageomin hopes for an explosive scenario of moderate magnitude, with the occurrence of eruptive columns up to 5,000 meters in height, ballistic projections; ash falls, avalanches generating pyroclastic flows that can impact an O-SW sector. Given the snow cover and / or the rains, small lahars could form in the quebradas north and northeast of the active crater.

The volcanic technical alert is maintained in Amarilla 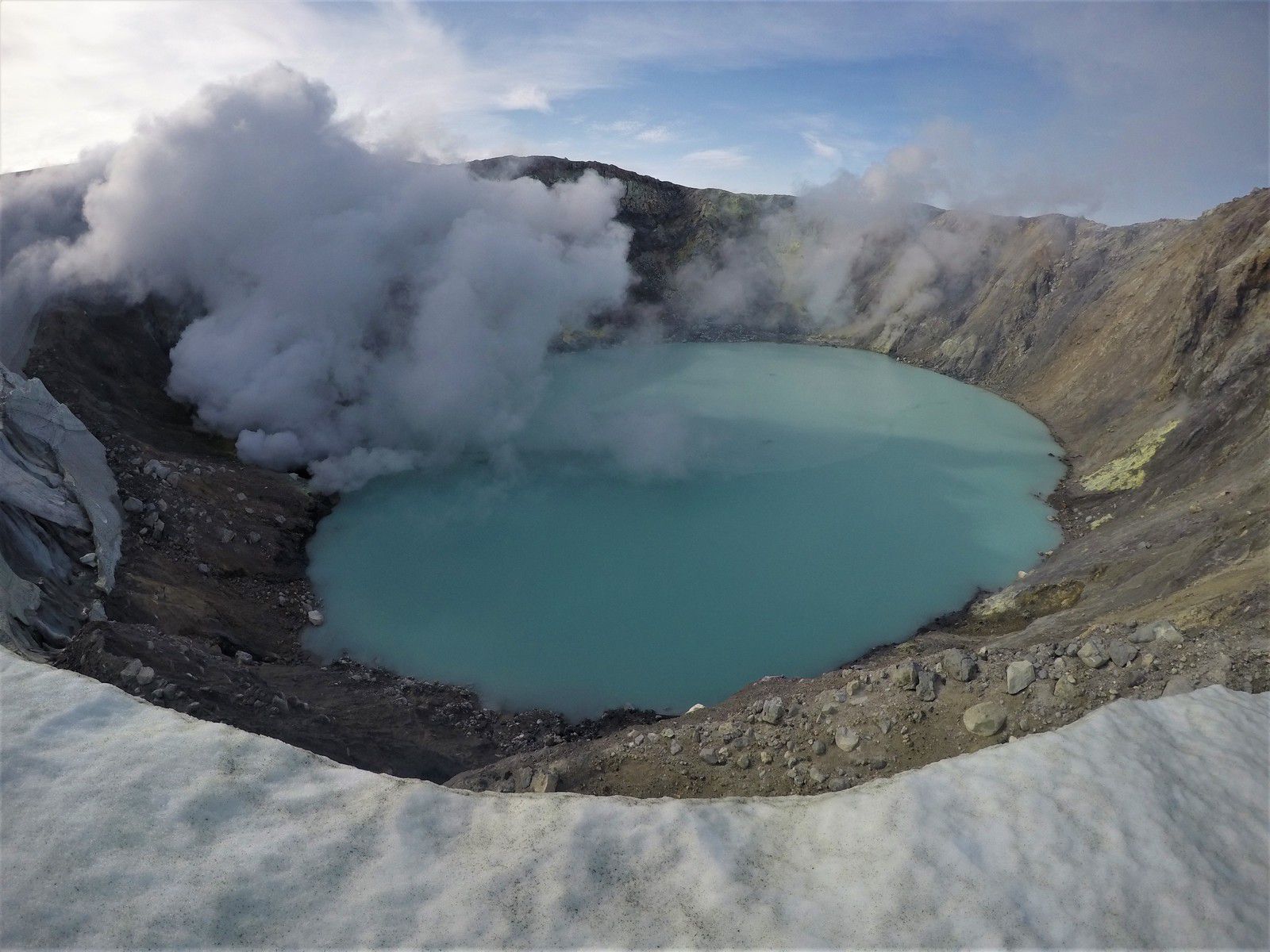 In the past few hours, there have been two earthquakes of magnitude greater than 4 in the vicinity of the Makushin volcano, in the Aleutian arc. This represents a significant deviation from the background seismic activity and may be associated with volcanic disturbances. As a result, the aviation color code and the volcano alert level have been increased to Yellow / Advisory.

These disorders could lead to a future rash, but it is not a certainty. Aftershocks are continuing, as one would expect with earthquakes of this magnitude. The volcano is monitored with a network of seismic instruments, a web camera, GPS, satellite data and regional instruments for detecting infrasound and lightning.

The Makushin volcano is located on the north of Unalaska Island in the eastern Aleutian Islands. Makushin is a large ice-covered stratovolcano that rises to an altitude of 6,680 feet. The summit caldera, 3 km in diameter, is the site of frequent eruptions of steam and minor ash; however, no major eruptions have occurred during this century. The community of Unalaska and the port of Dutch Harbor are located 25 km (16 miles) east of the Makushin volcano. (Map location via AVO) 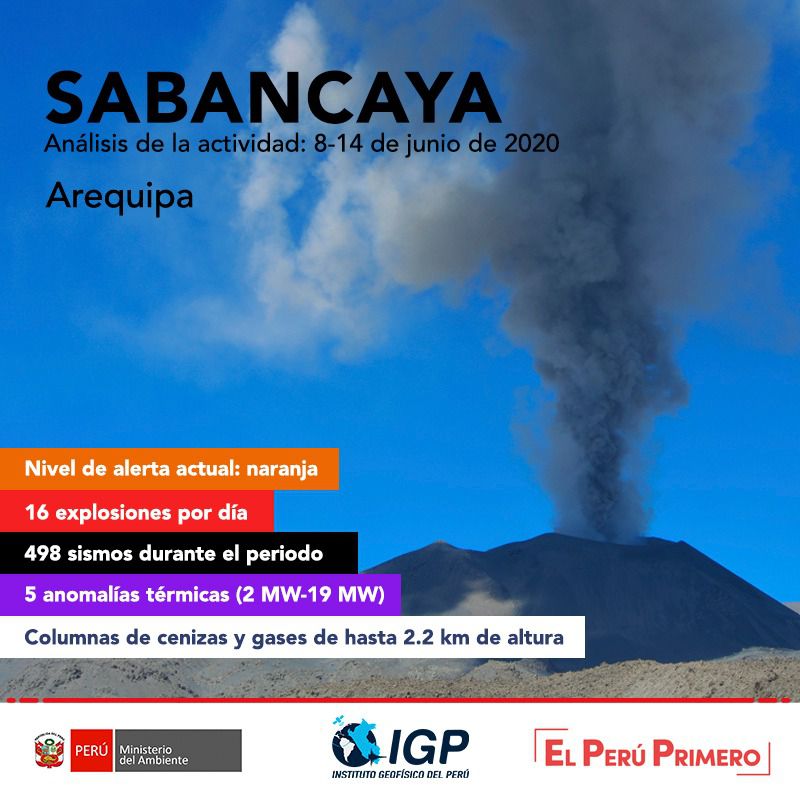 The Geophysical Institute of Peru (IGP) reports that the eruptive activity of the Sabancaya volcano remains at moderate levels, with the continuous recording of explosions, on average 16 per day, accompanied by plumes of ash and gas up to 2 , 2 km high above the summit of the volcano, scattered towards the southwest, south and southeast sectors.

The IGP recorded and analyzed the occurrence of approximately 498 earthquakes of volcanic origin, associated with the circulation of fluids (magma, gas, etc.) inside the Sabancaya volcano.

The monitoring of the deformation of the volcanic structure, using GNSS data (processed with fast orbits), does not present any significant anomalies; However, slight inflation was recorded in the north and southeast sector of Sabancaya. Satellite surveillance identified the presence of 5 thermal anomalies with values ​​between 2MW and 19MW, associated with the presence of a lava dome in the crater of the volcano, being destroyed due to explosive activity.

The alert level remains at Naranja, with a 12 km prohibited area around the crater. VAAC Tokyo has regularly issued notices of ash emissions from Nishinoshima in the Ogasawara Islands, since June 12.

They continue this June 16, with a brown-black plume emitted at about 2,000 meters, doubled with plumes of gas and vapor emitted by lava flows and their entry into the sea.