Activity of the Copahue, the Laguna del Maule complex, the Veniaminof and earthquakes off Raoul island.

In Chile, four volcanoes have their volcanic alert in Amarilla level today: the Nevados de Chillan complex, the Villarica, the Copahue and the Laguna del Maule complex.

All are monitored 24/7 by professionals from the South Andes Volcanic Observatory, OVDAS. 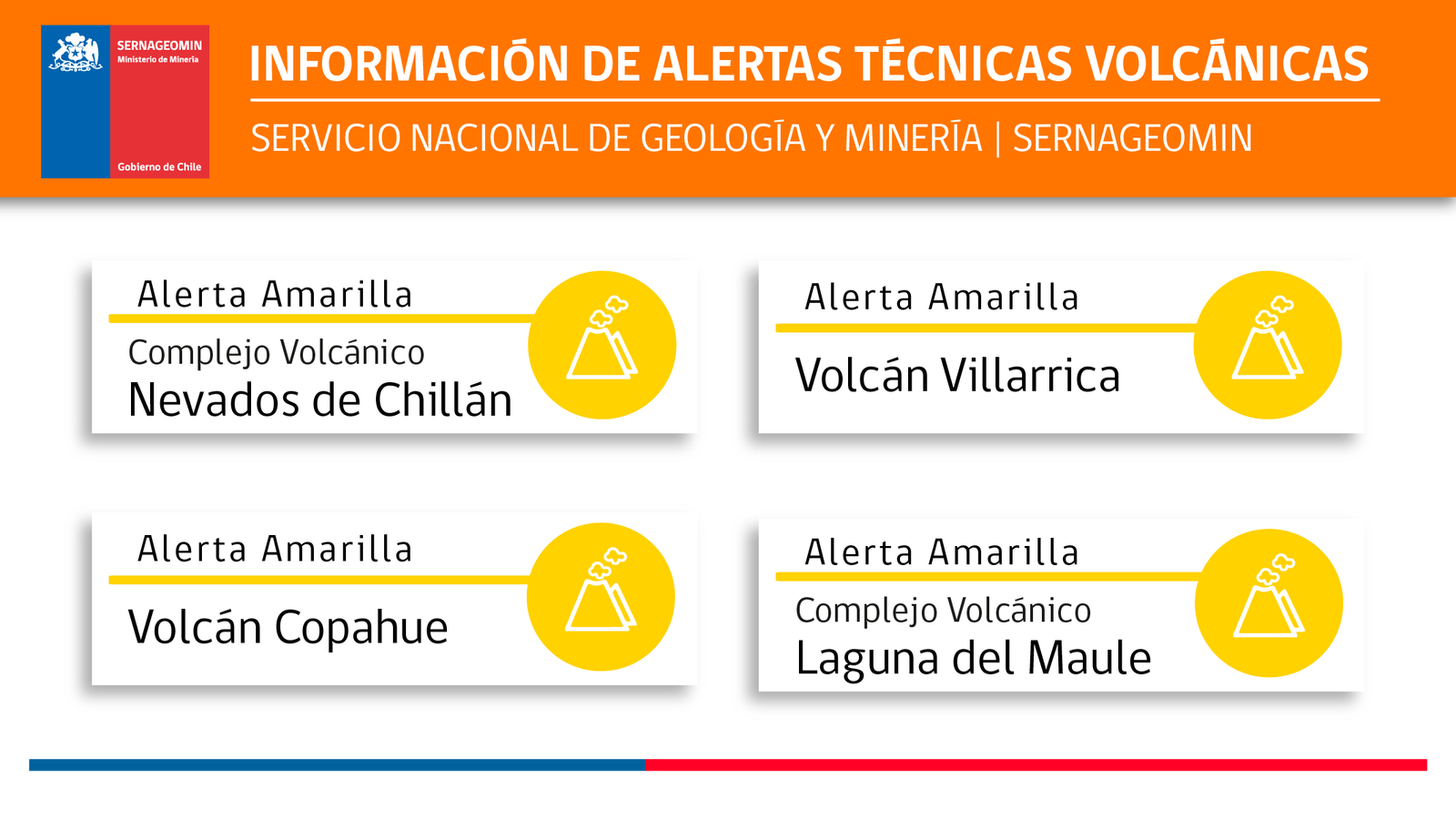 Over the past few days, Copahue's volcanic activity has evolved to show visible signs on the surface. It is important to mention that very low frequency (very long period VLP) seismicity has been recorded in the previous months, generally linked to the rise of the magmatic material to more superficial levels. Likewise, on May 20, a series of volcanic seismological events located south-southwest near the volcanic building were recorded.

On June 16, there was an increase in energy from the seismic tremor with subsequent stabilization and decrease in the following hours. At the same time as this decrease, the incandescence and the emission of particles were detected from cameras installed by OVDAS. The latest sulfur dioxide recordings obtained by the equipment installed for its detection indicate average flows of 592 tonnes / day for June 15, considered as usual values ​​for this activity.

On the other hand, the monitoring stations which measure the deformation in the volcanic sectors do not show changes related to this activity. In addition, the images available on the Planet satellite platform indicate a decrease in the volume of the lake housed in the active crater.

In summary, the changes in seismological behavior, the anomalies in the surface assessments and the decrease in the volume of the crater lake suggest the presence of a volume of magma at superficial levels.

The above responds to the increase in volcano-tectonic (VT) type seismic activity, associated with rock fracturing, through seismic swarms on June 11, 13 and 15-16. These events were characterized by their small scale and by their location in the southwest of the lagoon (Las Nieblas sector)

In addition, in this same area during the previous months, diffuse carbon dioxide (CO2) anomalies were detected through the ground.

Therefore, due to the persistent presence of seismic swarms in the same area, added to the gas anomaly and the constant deformation that has characterized the volcanic complex over the past decade, it is considered to be at above its basic level.

A potential allocation area is set at a radius of 2,000 meters around the passive carbon dioxide degassing center In the past few days, there have been periods of earthquakes and occasional earthquakes in Veniaminof. This represents a deviation from the background activity. Thus, the aviation color code and the alert level of the volcano are increased to YELLOW / ADVISORY.

This type of seismic activity generally precedes the eruptive activity with Veniaminof, but does not mean that an eruption will occur. Eruptive activity generally consists of emissions of minor ash, lava fountains and lava flows from the small cone of the summit caldera. Ash emissions are generally confined to the summit crater, but larger events can cause ash to fall in nearby communities and drift of airborne ash.

The Veniaminof volcano is an andesitic stratovolcano with a summit caldera 10 km in diameter located on the Alaskan Peninsula, 775 km (480 mi) southwest of Anchorage and 35 km (22 mi) north of Perryville . It is monitored by local seismic sensors, satellite data, web cameras, and infrared and lightning networks remotely. An earthquake of M7.4, 470 km south of Raoul island, in the north of New Zealand, on 19.06.2020 at 12:49 local time occurred in the Tonga-Kermadec subduction zone, where the Pacific plate plunges towards west under the Australian plate, causing tension events at shallower depths and compression tremor at greater depths.

This earthquake was felt widely along the east coast of New Zealand. Location of Raoul Island in the Kermadec Islands and earthquakes over M5.0 in the last month (20 May – 20 June 2019). The subduction zone north of New Zealand is visible in red. - Doc. GNS