Activity of Nishinoshima and Sangay . 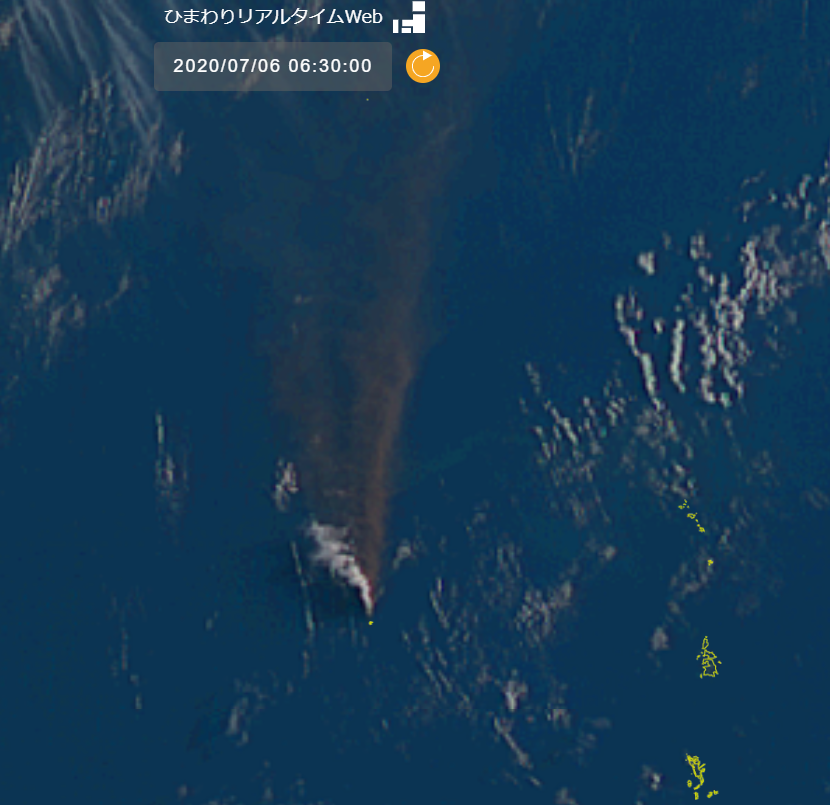 After the morphological changes observed in Nishinoshima at the end of June, the IGEPN details those which mark the Sangay, in Ecuador, photos taken on June 24, 2020 by the Servicio Nacional de Gestión de Riesgos y Emergencias (SNGRE), the Instituto Geofísico de la Escuela Politécnica Nacional (IG EPN) with logistical support from the Grupo de Aviación del Ejército No. 45 Pichincha

The escarpments which start from the summit and extend towards the south-eastern flank, represent the edges of a quebrada with a maximum width of approximately 397 meters, which shelters two anomalies in its upper part and one in its lower part. 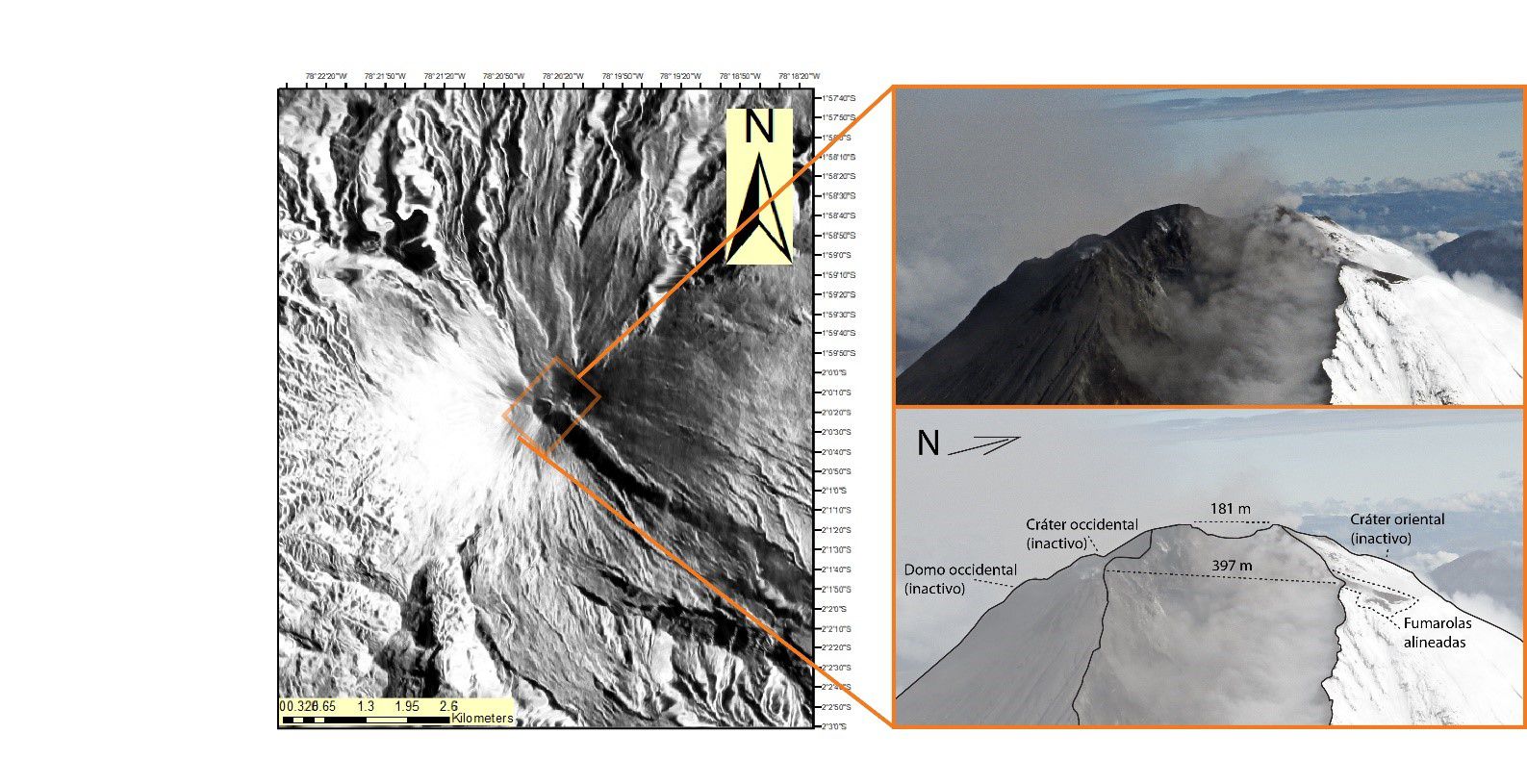 Sangay - Approach to the summit of the Sangay volcano, with an illustration which highlights its new morphological characteristics. - Photo: M Almeida, IG EPN.

Sangay - Aerial and thermal photographic sequence of the southern flank of the Sangay volcano for the dates May 17, 2019 (left: visible image) and June 24, 2020 (medium: visible image, right: visible-thermal overlay) showing the morphological changes on this flank, associated with the formation of a ravine on the southeast flank and the modification of the summit. - Photos / Thermal image: M Almeida, IG EPN. - one click to enlarge Sangay - Upper: Thermal image of the south-eastern flank of the Sangay volcano, area with the highest temperature: yellow-red-white and area with the lowest temperature: dark blue. The escarpment of the ravine formed during this eruptive phase (black line) is shown, which shelters thermal anomalies linked to explosive activity, effusion and pyroclastic deposits. Bottom: thermal image mosaics of the gorge on the southeast flank with three views, from left to right: southwest, southeast and east-southeast. - Thermal image and mosaics: S Vallejo Vargas, IG EPN.

Anomaly 1 is related to explosions which form columns of gas and ash of different heights and which are dispersed in the environment depending on the wind direction.

Anomaly 2 is potentially linked to the generation of lava flows whose movement is controlled by the morphology of the escarpment.

The formation and deposition of pyroclastic flows is a continuous phenomenon, limited to the forementioned quebrada and at the base of the cone.

The measurements made with the multigas equipment did not allow the gas concentrations associated with the magmatic emissions to be recorded. This is due to the impossibility of crossing the gas plume due to the quantity of ash in the environment.