Eruptions at Sinabung, Sakurajima and Nishinoshima. As reported yesterday, the Sinabung erupted on August 7, 2020.

Ash affected the surrounding countryside and caused damage to plants and crops.

There were no casualties; masks were distributed to the population. The seismicity of August 8 breaks down into:

- 2 blast earthquakes, with an amplitude of 4 to 6 mm and the earthquake lasted 11 to 16 seconds.

- 2 low frequency earthquakes with an amplitude of 2 to 3 mm and the earthquake lasted 5 to 7 seconds.

- 1 local tectonic earthquake with an amplitude of 10 mm, S-P 6.1 seconds and an earthquake duration of 25 seconds.

- 3 continuous tremor episodes with an amplitude of 2-25 mm, dominant 2 mm.

The level of activity remains at 3 / siaga, with an area of ​​3 to 5 km depending on the exposed flanks.

As a local friend put it, "The Sinabung doesn't want to be ignored, there is still an unresolved problem." Indonesians consider the volcano as a living being that communicates, sometimes brutally! 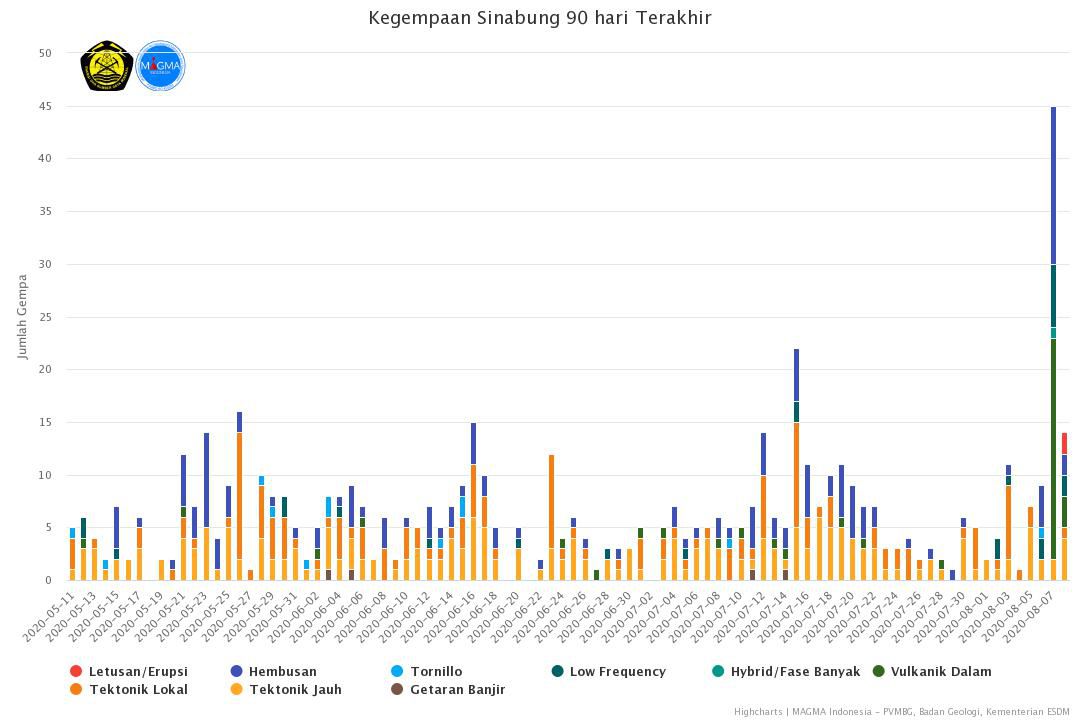 Sinabung - seismicity table as of 08.08.2020 and seismogram of the day - Magma Indonesia

On August 9 at 5:38 a.m. JST, an eruption occurred at Sakurajima, Minamidake summit crater, accompanied by a double plume, of a different color, which rose 5,000 meters above the crater, and projections of bombs and pyroclasts , partly obscured by clouds.

The ashes disperse to the north, and Kajiki, and a large quantity of ashes fell on the city of Kagoshima during the first hour; kirishima is also expecting ash falls. 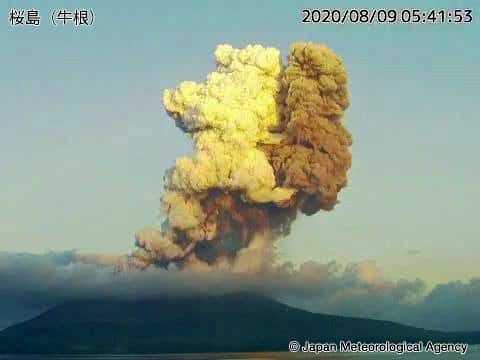 The JMA reports a colorful plume at 3,800 meters asl. on Nishinoshima, south-eastbound, this August 9 at 2:20 p.m. local time.

The eruption continues and a strong signal of sulfur dioxide is reported by Tropomi.