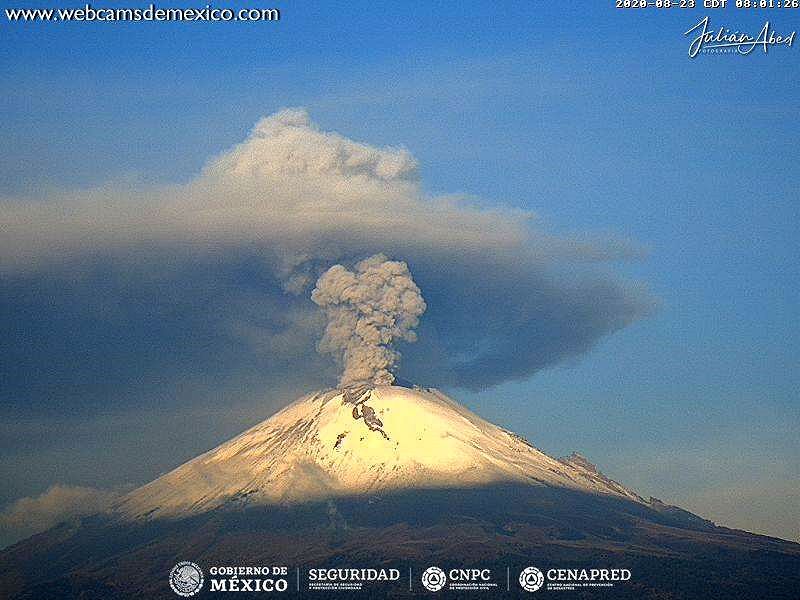 Over the past 24 hours, the Popocatépetl volcano monitoring system has identified 153 exhalations accompanied by volcanic gases and sometimes small amounts of ash, reaching up to 1,100 meters above the crater, drifting southwest

In addition, 840 minutes of low amplitude tremor associated with the constant emission of water vapor, gas and low ash content were recorded.

During the night, an incandescence was observed inside the crater, and the constant emission of water vapor and gas in a south-easterly direction, which continues in the morning of August 23. 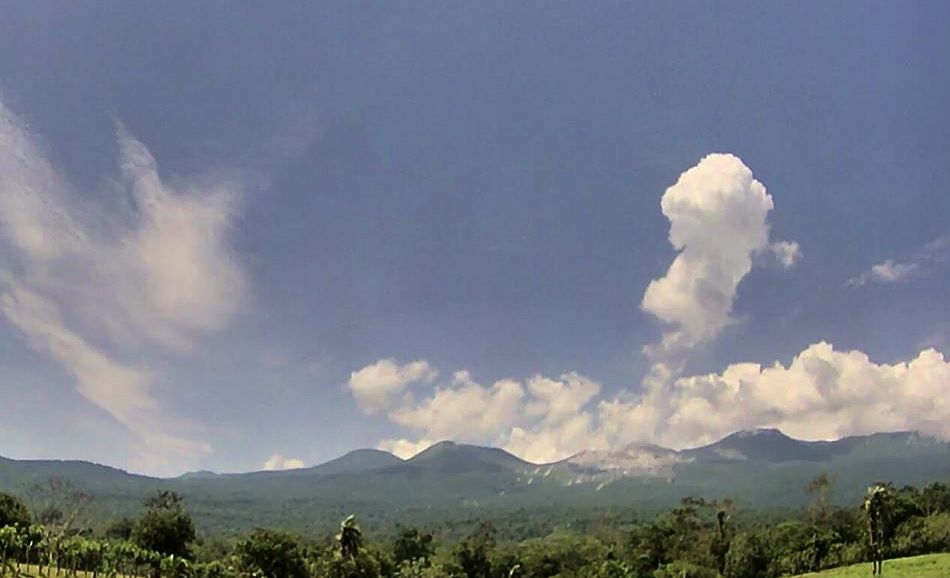 At 05:57 local time on August 23, 2020, an eruption was recorded at Rincon de la Vieja, the height reached by the eruptive column is unknown due to the visibility conditions on the site. Duration of activity: 2 minutes. Seismic activity is similar compared to yesterday.

The Rincon de la Vieja volcano continues to show mild eruptive activity with several phreatic eruptions in recent days. A decrease in tremor is noted after this rash.

In the evening at 18:04 local time, another eruption was recorded at the Rincón de la Vieja volcano, with a plume rising 1,000 meters above the height of the crater and 2916 m.a.s.l. (meters above sea level) Duration of activity: 2 minutes. VAAC Darwin reports continuous ash emissions to the Dukono, up to flight altitude 80.

The main plume of the crater is white and gray and rises about 200 to 400 meters above the summit.

Continuous tremor with an amplitude of 0.5-6 mm, dominant 2 mm is reported on August 23 by the PVMBG

This low-profile volcanic complex, with many peaks and overlapping craters, located in the Moluccas, has been in constant activity since 1933.