The Sinabung presented an eruptive episode on Tuesday, August 25, 2020 at 10:50 a.m. WIB. No visual rash was observed. This eruption was recorded on a seismograph with a maximum amplitude of 30 mm and a duration of 249 seconds.

Another episode occurred on Tuesday August 25, 2020 at 1:22 p.m. WIB with an ash plume observed ± 800 m above the summit (± 3260 m above sea level). The ash column was gray with moderate to thick intensity to the west and northwest. This eruption was recorded on a seismograph with a maximum amplitude of 14 mm and a duration of 289 seconds.

The rest of the seismicity consists of:

- 3 low frequency earthquakes with an amplitude of 2-3 mm and the duration of the earthquake was 15 to 23 seconds.

The PVMBG informs a main plume of the white and gray crater, with a thick and high intensity, about 300 meters from the peak.

The level of activity remains unchanged. The Nevado del Ruiz volcano continued to present, during the week of August 18 to 25, behavioral instability.

The seismicity generated by rock fracturing (volcano-tectonics, VT) showed a significant increase in the number of earthquakes and in the seismic energy released, compared to the previous week. This type of seismicity was located mainly in the south-south-east, south-west and north-east of the volcano and, to a lesser extent, in the Arenas crater. The depth of the earthquakes varied between 0.3 and 5.6 km. An increase in VT seismicity stands out, recorded since dawn today in the south-eastern sector, about 2.2 km from the Arenas crater. The two most significant earthquakes occurred at 6:12 am and 7:57 am local time, with a magnitude of 2.8 ML (Local Magnitude), at depths of 3.4 and 3.3 km respectively. These earthquakes were reported to be felt by locals in the volcanic area.

The seismicity linked to the dynamics of the fluids inside the volcanic conduits remained at similar levels in terms of the number of events and the seismic energy released, compared to the previous week. This seismic activity was characterized by the appearance of a continuous volcanic tremor, tremor pulses, earthquakes of long and very long period, which presented variable energy and spectral levels. This seismicity was localized around the Arenas crater.

The deformation of the volcanic surface, measured from GNSS stations and electronic inclinometers, did not show any additional changes compared to those reported in recent weeks.

The gas and steam plumes reached a maximum height of 1,672 m measured at the top of the volcano on August 23. The dispersion of the column was governed by the direction of the wind, which tended mainly towards the west-northwest of the volcano. 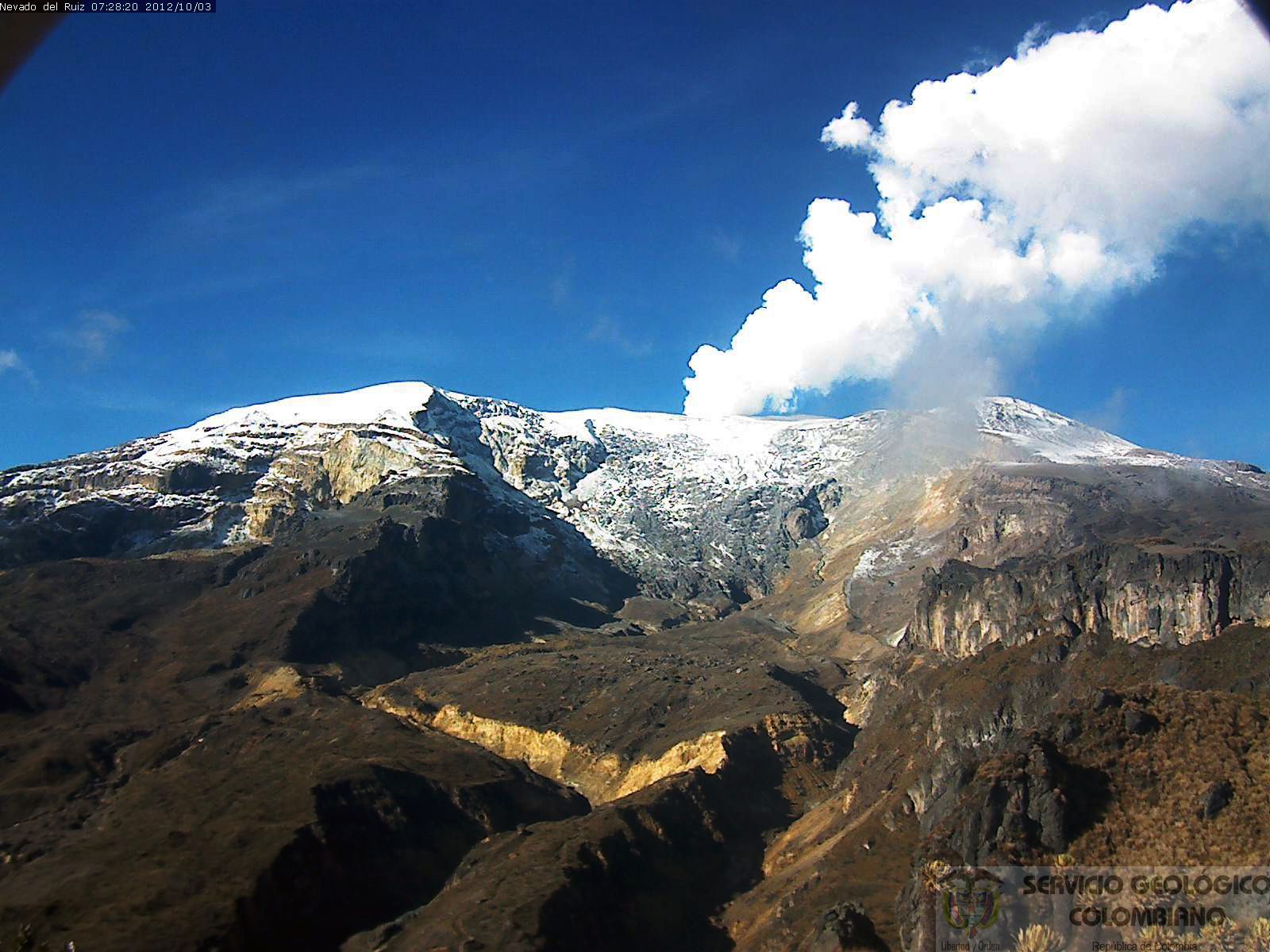 During the period of August 24 to 25, 2020 at 11 a.m., the Reventador exhibited high and unchanged superficial and internal activity.

The IGEPN reports 36 explosions during this space of time.

Incandescence was observed in the crater overnight. The lava flow is still active (~ 350 m) to the northeast, although no change can be observed. The vents in the main crater and along the Daang Kastila trail feature weak to moderate fumaroles up to 50 meters in height, drifting NE and an S sector.

The alert remains at level 1 / abnormal, with prohibition of access to Volcano island.