During the last hours on October 8, the Strombolian activity that marks the Pacaya has increased, generating moderate explosions, with projections 200-300 meters above the crater.

The effusive activity forms 4 lava flows of 250 to 300 meters long on the northern and eastern flanks, visible from various places in the capital.

Tremor is generated by the movements of lava flows, and the rise of magma and gases.

The prohibitions remain for ascents of the Mackeney crater, and the northern and lower part of the Meseta. 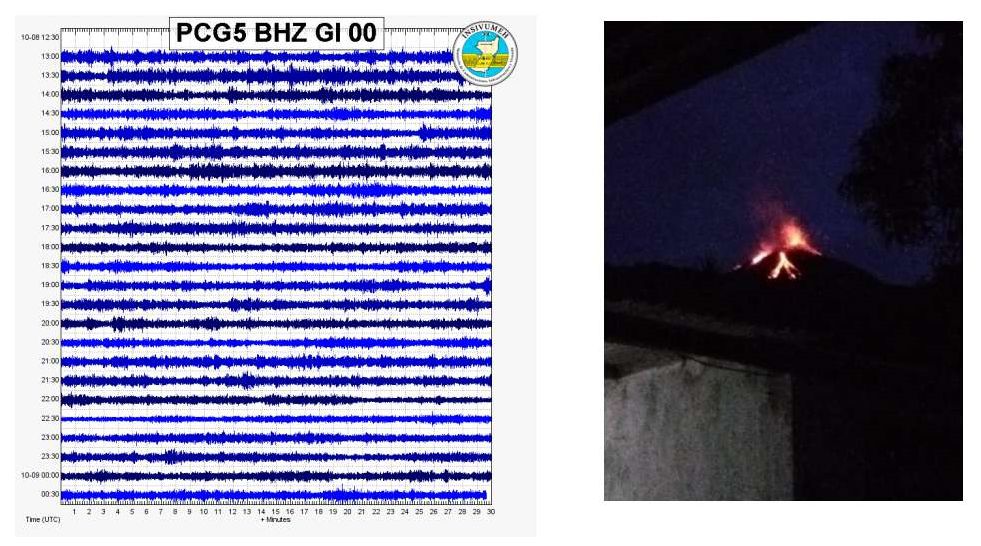 At Sinabung, are we going towards a repetition of the activity of previous years?

Return of the pyroclastic flows, with this October 8 around 10:43 am a small episode over 300 meters, generated by the collapse of a lobe of the summit dome, reported by the Sinabung volcano Observer Post.

The PVMBG provides information on the seismicity level

The public and visitors / tourists should not carry out activities in the villages that have been relocated, as well as within a radial radius of 3 km from the summit of G. Sinabung, and a sector radius of 5 km for the southern sector. east and 4 km for the east-north sector.

In the event of ash rain, people are advised to wear masks when leaving the house to reduce the health effects of volcanic ash. Secure drinking water facilities and clean the roofs of houses from dense volcanic ash so that it does not collapse.

People who live near Sinabung drainages should be aware of the dangers of lahar. In Klyuchevskoy, an explosive-effusive activity continues, with this October 09 a lava flow along Apakhonchich falls on the southeast flank of the volcano. 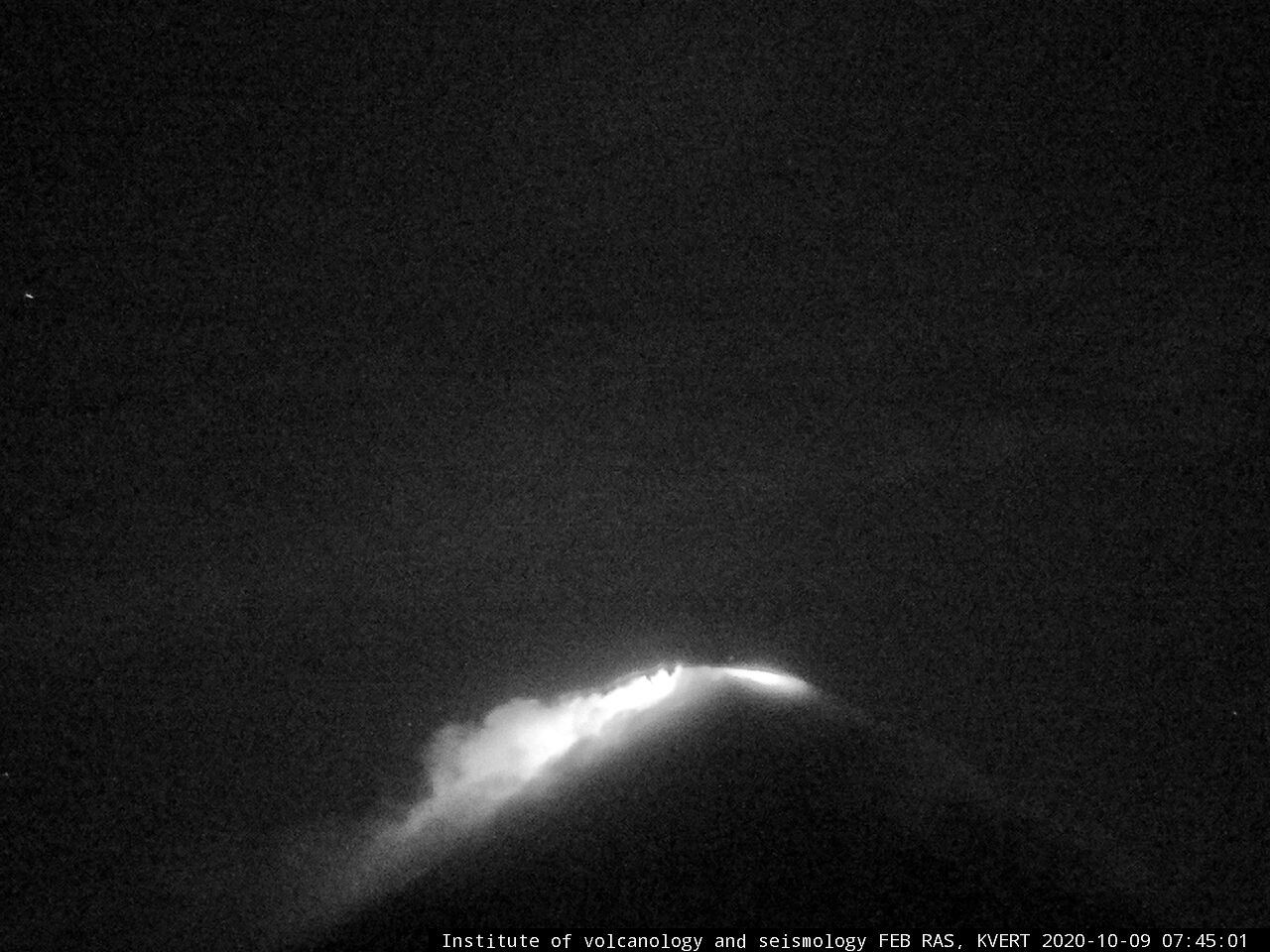 Activity decreases at the Piton de La Fournaise, which returns to the "Safeguard" alert level, the trails in the upper part of the Enclos Fouqué and the summit remaining closed.

The observatory counts 5 landslides and 4 volcano-tectonic earthquakes for the day of October 8, 2020.

An impressive image of the movements at Piton de La Fournaise is provided this October 8 by the interferograms taken by Sentinel-1 / via InSAR automatic processing and Mounts platform. - http://mounts-project.com/timeseries/233020

SO2 emissions at the summit of the volcano remain below or close to the detection threshold. CO2 emissions from the ground are stable or increasing at all the stations. Piton de La Fournaise - Sentinel 1 interferogram from 08.10.2020 via VOLCAPSE Twitter - The summit crater is on the left, movements to the east. - one click to enlarge