At Merapi, in activity level 2 / waspada, BPPTKG said that, based on seismic event data, hybrid type / B-phase earthquakes have been on the increase in the past four days.

For the day of October 28, there are 157 hybrid / phaseB earthquakes, 85 collapse earthquakes and 57 blast earthquakes. The devastating eruption of Mount Merapi in 2010 caused lahars in 15 rivers, and caused damage to several dams in Sabo, including Kali Putih.

For this reason, the UPPR ministry has carried out the rehabilitation and reconstruction works of the Sabo dam since 2015.

Between 2018 and 2020, he also completed the rehabilitation and reconstruction of the Sabo dam in Kali Putih, Kali Gendol, Kali Pabelan and Kali Lamat in 2018-2020.

Seven new Sabo dams are under construction in Magelang and Sleman districts. 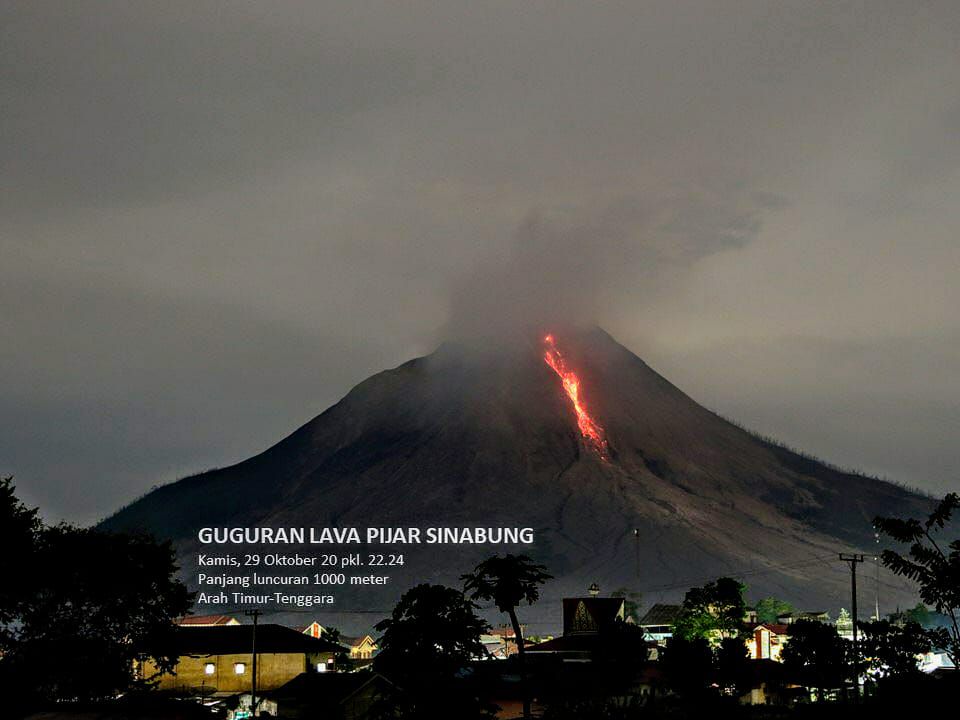 The activity of Sinabung continues with this October 29 at 22:24 a collapse of incandescent blocks and avalanche over approximately 1,000 meters

A pyroclastic flow occurred on October 30, 2020 at 12:03 p.m. WIB with a sliding distance of 2,500 meters to the east-south-east. The wind direction is east-southeast. The current activity on Suwanosejima continues, with according to the JMA, an eruption at Mitake crater on October 29 at 6:13 a.m., accompanied by an ash plume at 1,300 meters above the crater, and at 8:38 p.m., another, generating a plume at 1,100 meters (or more) in a southerly direction. 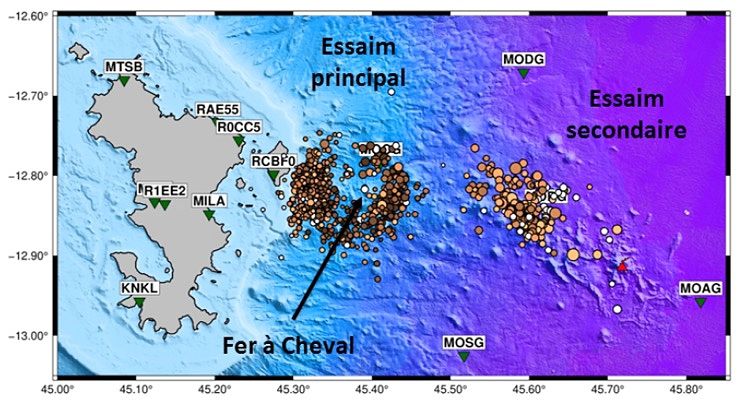 While waiting to be baptized, the Mayotte submarine volcano is being studied from top to bottom by scientists from several organizations grouped together within the "Revosima" network.

"The volcano is still active" explains Charlotte Mucig, director of the BRGM in Mayotte, "two earthquake swarms are constantly observed. There are 20 to 30 earthquakes per day, which are not felt by the population ... moreover , a new flow is observed in the same place as the previous ones. It extends over 6 km² and up to 60 meters thick ".

On the primary seismic swarm (closest to Mayotte), the acoustic plumes already observed during previous missions and associated with fluid emissions from the area called "Fer à Cheval" ("Horseshoe"), are still present, 10 km to the East from Mayotte. A new plume was observed in the same area. Six plumes are therefore recorded today in this zone.

From the Marion Dufresne vessel and an autonomous underwater vehicle (AUV), the MAYOBS 15 campaign, which has just ended, acquired seabed readings and images of the water column on a surface of 'approximately 1500 km² east of Mayotte.

The MAYOBS 15 campaign also aimed to collect data from seabed seismometers (OBS), which made it possible to locate even more precisely the epicenters of the 883 earthquakes recorded by the REVOSIMA (Volcanological and Seismological Monitoring Network of Mayotte) since last May.  The reconditioned seismometers were again submerged for a new series of measurements for a period of 3 to 6 months. New sensors have been deployed on the seabed to strengthen the measurement network.

The name given to the volcano should be unveiled during the conference on October 30.