Strombolian activity is observed, with projections at the top and a gas-vapor plume containing a certain amount of ash at a height of 6,000 meters asl., stretching 97 km east of the volcano.

The lava flow continues to move along Apakhonchich Falls on the southeastern volcanic flank.

The moderate eruption of the volcano continues, and ash explosions up to 23,000-26,200 feet (7-8 km) above sea level could occur at any time. The current activity could affect low flying aircraft. In Indonesia and the Moluccas, the PVMBG issued orange VONA for the Dukono, Ibu and Lewotolok on November 27, following the emission of ash plumes at 1,829 m respectively. asl., 2.125 m asl. and 1,923 m asl. 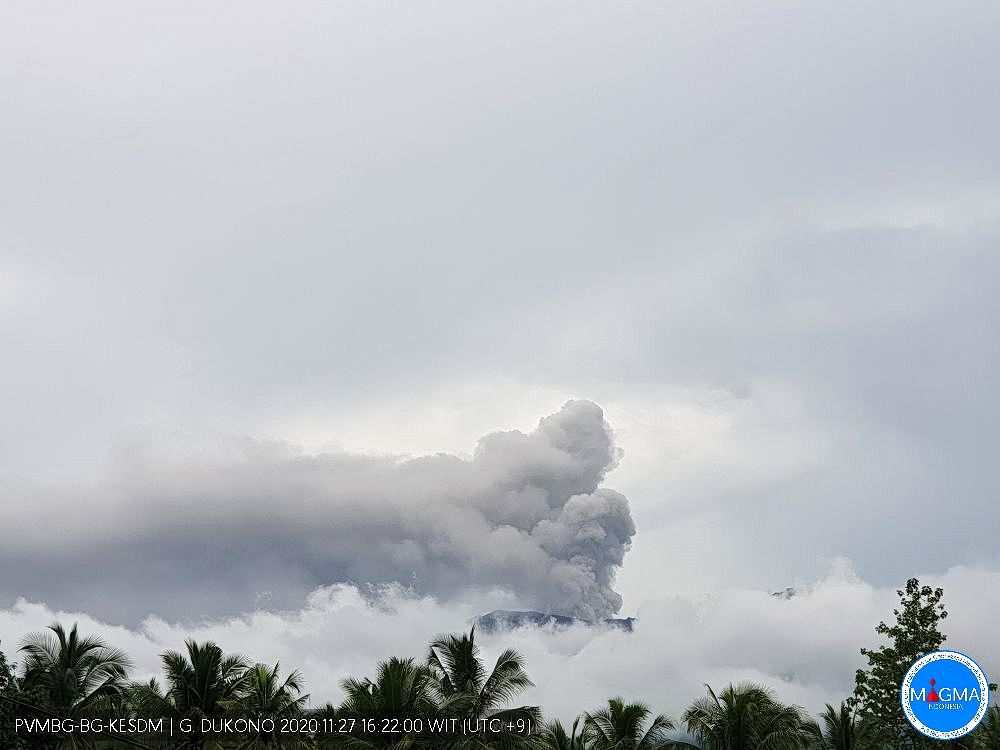 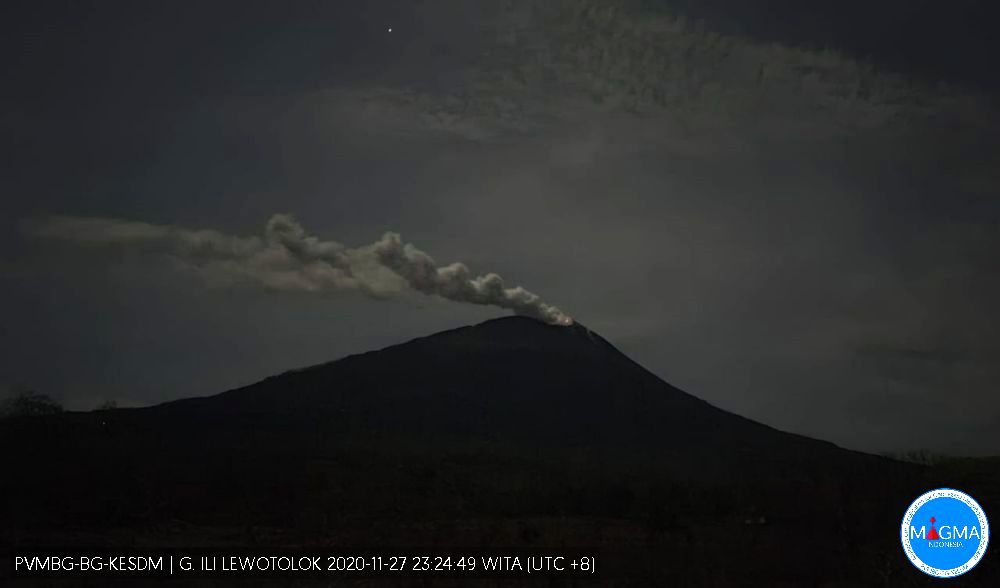 In the Philippines, the Philippine Institute of Volcanology and Seismology (Phivolcs) has recommended the relocation of thousands of families from at least three towns and one town in the province of Albay who live along the areas of lahar and lava flows. mud around Mayon volcano.

The agency's risk assessment was conducted to determine the extent of debris and lahar avalanches, which could easily hit the slopes of Mayon volcano after being released by the chain of typhoons ("Quinta", "Rolly" and “Ulysses”) which seriously affected Bicol between late October and early November.

A lahar triggered by heavy rains from Typhoon Rolly (international name Goni) that hit Albay on November 1 buried 180 homes in the town of Guinobatan, killing at least five people.

With support from the United Nations Development Program (UNDP) to help the province conduct digital satellite mapping, appropriate areas will be defined where thousands of families would be relocated.