Activity of Merapi, Sabancaya and Dukono. On Sunday morning (22/11) at 6:50 a.m. WIB, there was an avalanche of old lava cliffs on the north wall of the Merapi crater (dating from 1954), recorded on a seismogram with an amplitude of 75 mm and d 'a duration of 82 seconds. The materials fell into the crater and so far had no effect on the activities of the volcano. Merapi - seismicity at 23.11.2020 - to note an increase in the number of volcanic and hybrid earthquakes - Doc. Magma Indonesia - one click to enlarge

The general deformation of the volcano is visible on an InSAR image, taken during the 2 passages of November 11 and 19.

The level of activity has been since November 5, 2020 at 3 / siaga, accompanied by priority evacuations of sensitive people. 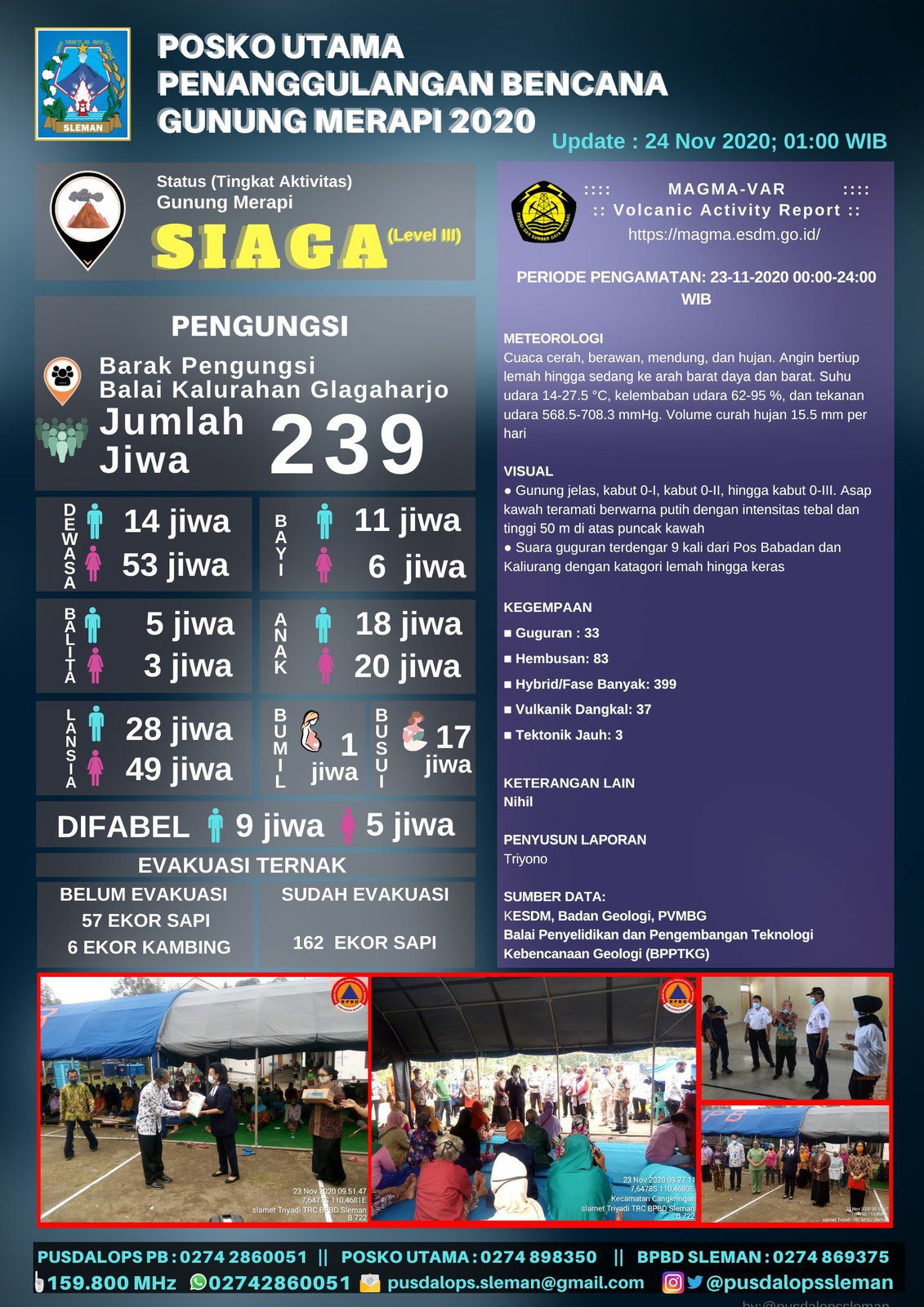 Explosions recorded on November 23 at the Sabancaya volcano, generated the emission of the ash dispersion alert, with plumes at times more than 3,000 m above the summit.

The evolution of the lava dome is not considered to be a direct danger for the populations of the Colca valley: its surface occupies 11,700 m² in mid-November; in November 2019, its surface was 54,700 m². Its formation is considered a normal aspect in the current eruptive process of the Sabancaya volcano. In Dukono, in the northern Moluccas, broadcasts will continue on November 22 and 23; the gray-white plume reaches a height of 200-800 meters above the summit crater.

The seismicity of November 23 is marked by a continuous tremor, with an amplitude of 0.5-8 mm (dominant 2 mm).

The activity level remains at 2 / waspada, with recommendation for people around G. Dukono and visitors / tourists not to practice any activity, climb and approach the Malupang Warirang crater within a radius of 2 km.