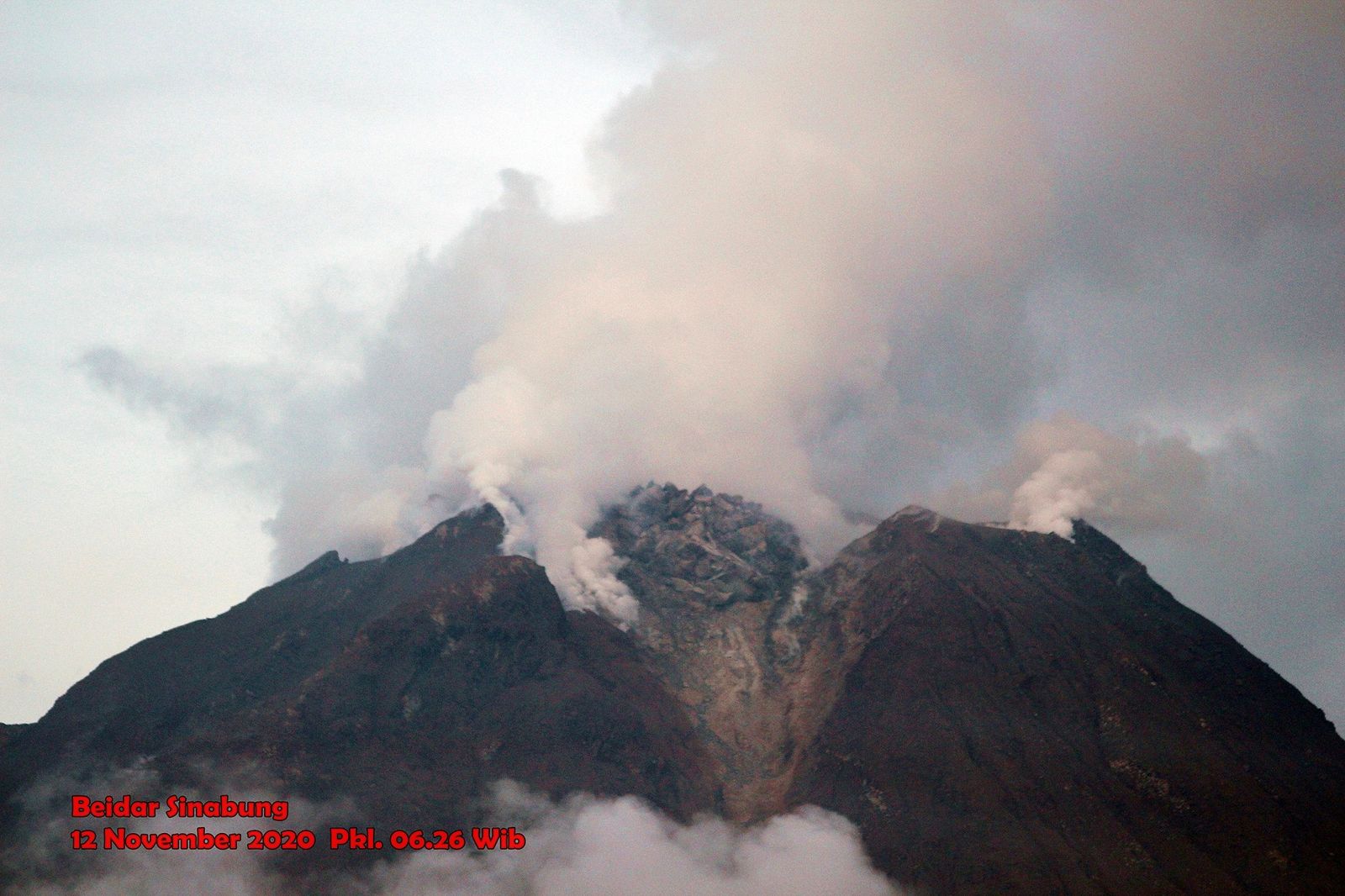 At Sinabung, white fumaroles are observed about 50 to 500 m above the summit.

- 1 earthquake related to a pyroclastic flow

The growth of the dome continues, and places it more and more in a slight cantilever, increasing the number of collapses and falls of blocks, which can generate pyroclastic flows. In Merapi, on Java, the fear of an eruption, following the increase in seismicity and deformation, pushes the authorities to carry out new evacuations in advance: they concern around 1,300 residents among the most vulnerable (835 of the Magelang regency , 203 from sleman, 133 from Boyoali and 123 from Klaten).

Preventively, the stupas of the near temple of Borobodur are covered with protective tarpaulins. 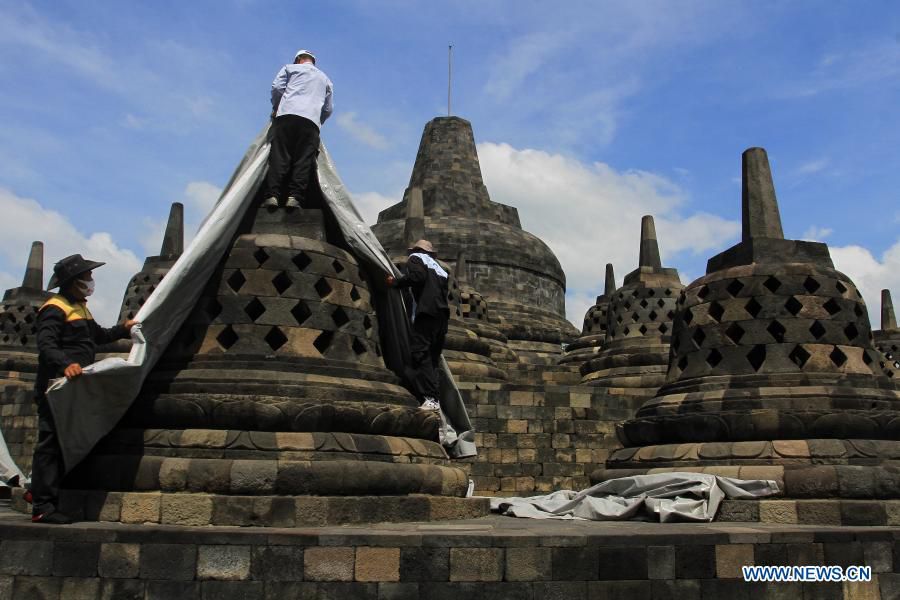 The Sernageomin reports that during the last 24 hours in Nevados de Chillan, the seismicity consists of LP earthquakes and low to moderate energy tremor, related to the explosions, accompanied by plumes up to 600 meters in height . 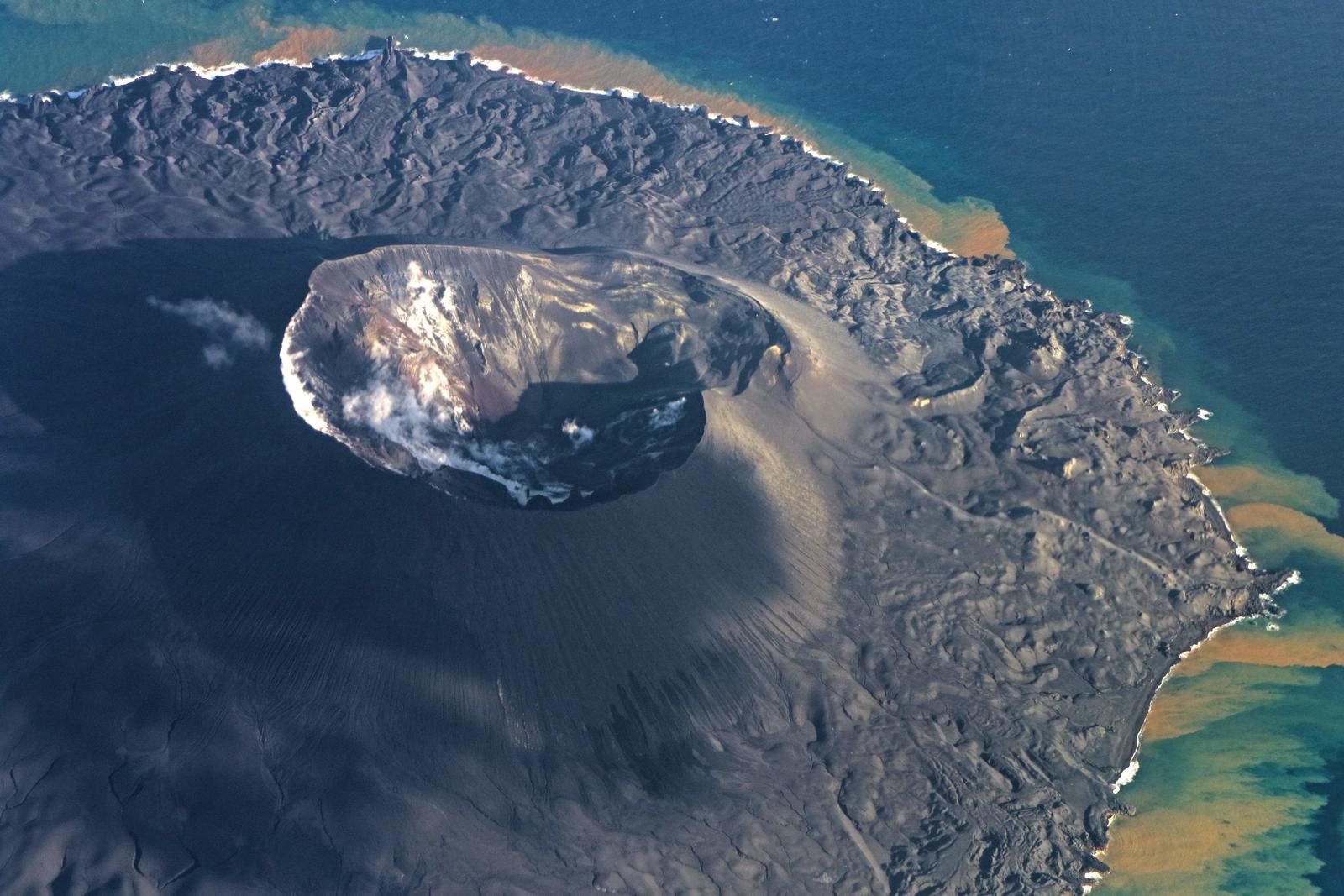 In Nishinoshima, in the Ogasawara Islands, activity has been sporadic, between low and moderate, since the end of August.

From the photos of the last flyby, the crater seems to have breached a little more since September 5.

No thermal anomalies since November 7 by Mirova.

A video, posted online by the Earthquake Research Institute at the University of Tokyo, narrates the evolution of Nishinoshima in the Ogasawara Islands, and evolution scenarios.

The volcano resumed its eruption in December of last year, and a large amount of lava eruption continued until the summer. He got a little taller.

The latest discoveries of Nishinoshima known from observations and analysis of volcanic ash confirm that the paroxysmal phase was the consequence of a magma of deeper origin of a composition close to that of basalt.

How will it evolve?

1. Continued growth of the volcanic island following the activity

2. Generation of a tsunami: the emerged part of the volcano constitutes the top of a large seamount of more than 3,000 meters above the ocean floor; some of the lava that has accumulated at the top can collapse along the flanks, causing a tsunami that can reach Chichijima.

3. Slow erosion, over several centuries, in the event of cessation of activity.

This video illustrates the construction of a volcanic island, followed by scientists live, and its possible evolution.

Source: Video of the Science AGORA 2020 exhibition, during Sciencet AGORA 2020