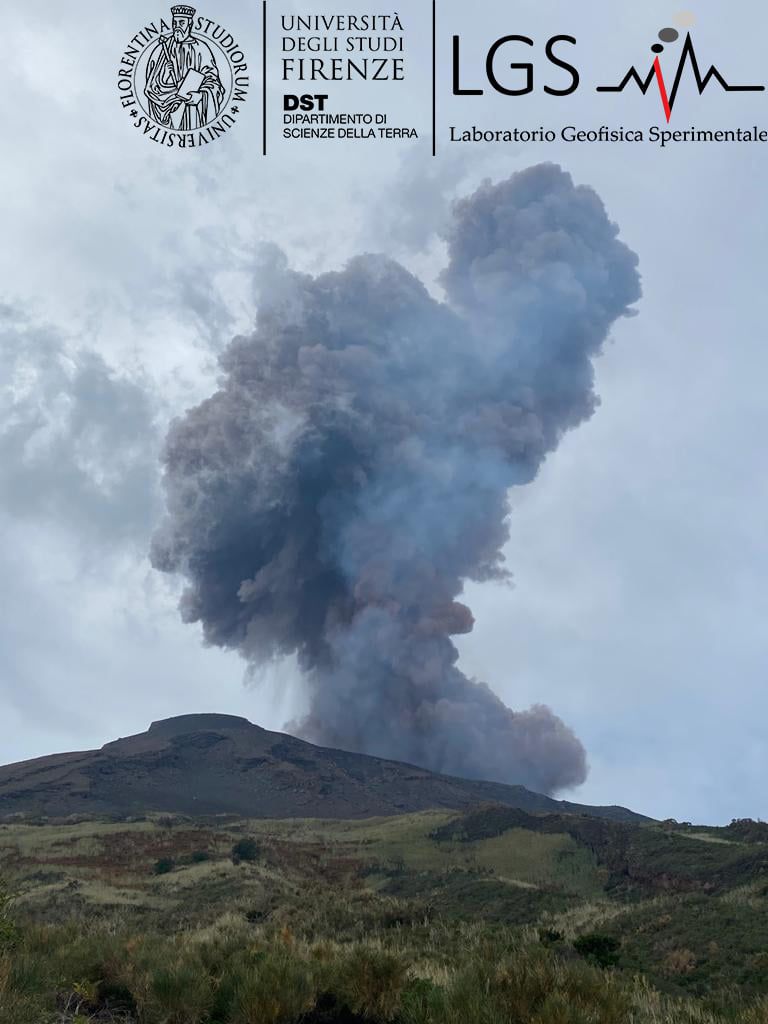 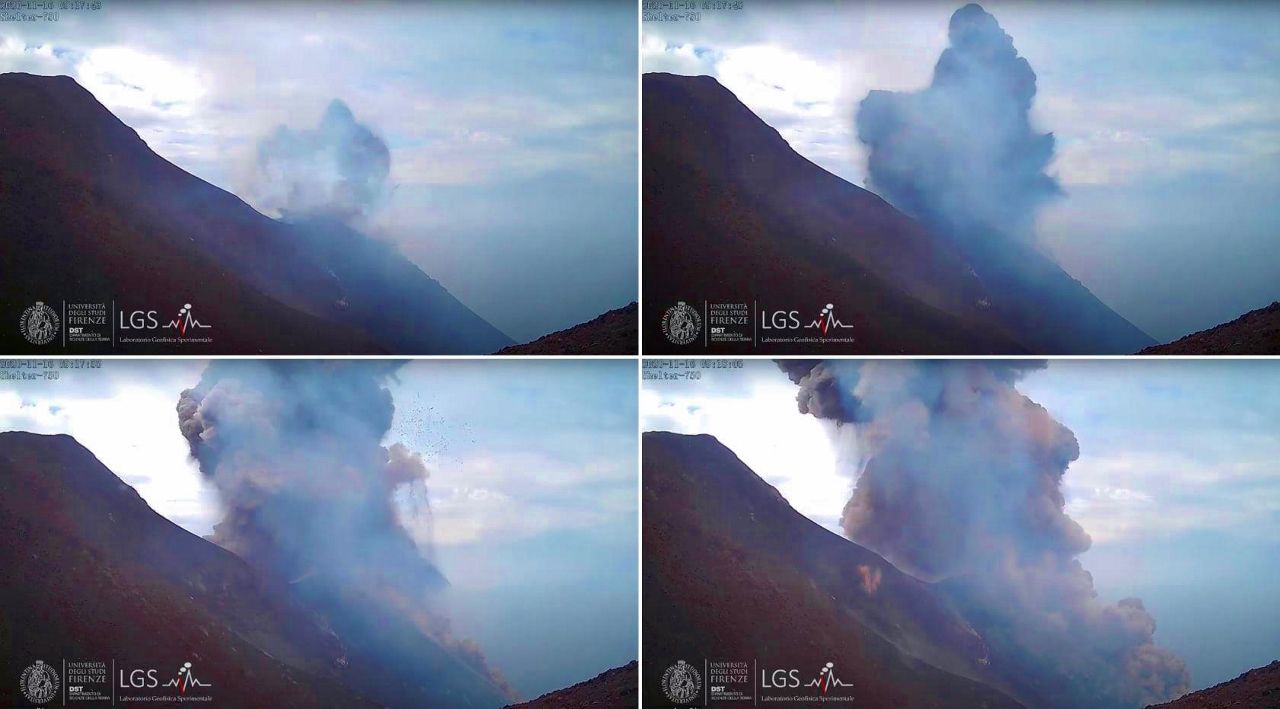 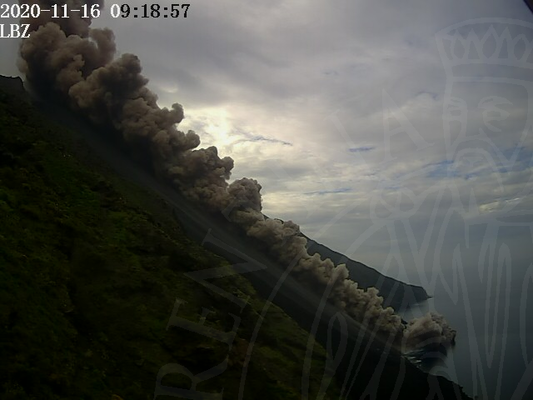 The National Institute of Geophysics and Volcanology, Etneo Observatory, informs that this November 16 at 09:17:50 UTC, an explosion, considered as major, was observed at Stromboli, in the center-south zone, accompanied by a plume ash about 1,000 meters high.

A small pyroclastic flow rolled down the Scira del Fuoco to sea level, where it continued for some 200 meters.

Shortly after the eruption, ashes and lapilli fell; the color of the particles, a few mm., are brown to red-brown (old materials present in the vent), however a small amount of lighter pumice is also present in the ash (small fraction of fresh magma which has produces the rash).

From the seismic point of view, the phenomenon, clearly visible on all the seismic stations of Stromboli, is characterized by a sequence of explosive events which started at 9:17 (UTC) for a duration of 4 minutes. Regarding the magnitude of the volcanic earthquake there are no significant variations.

A moderate explosion occurred at Santiaguito on November 16 at 7.15 am local time; it was accompanied by a plume of ash at 3,600 m. asl. and pyroclastic flows on the sides of the Caliente dome. The most important flow moved towards the upper part of the bed of the Rio San Isidro, on the SW flank of the dome.

The ashes dispersed in a SW direction towards the area of ​​San Marcos Palajuno and its surroundings.

This type of event is due to the unstable accumulation of blocky lava and fine pyroclasts in the dome of Caliente Dome, causing it to detach and channel in the form of avalanches and pyroclastic flows. Santiaguito -16.11.2020 - explosion and pyroclastic flows at the Caliente dome and seismogram - Doc. Insivumeh

At Sinabung, the PVMBG shows a declining seismicity curve.

For the day of November 16, the observatory records: In Semeru, on Java, an image from the Sentinel-2 L2A bands 12,11,4 satellite of November 16, 2020 shows the presence of hot spots at the summit crater and on the flow on the side of the volcano.

The PVMBG informs for November 14: