Following the activity at Ili Lewotolok (see also yesterday's article) illustrated by an excellent image of Sentinel-2, an eruption occurred on November 29, 2020 at 3:13 PM WITA, with an ash column at ± 2000 m above the peak (± 3423 m above sea level). We observe that the ash column is gray and thick, inclined towards the west. This eruption was recorded on a seismograph with a maximum amplitude of 20 mm and a duration of 500 seconds. 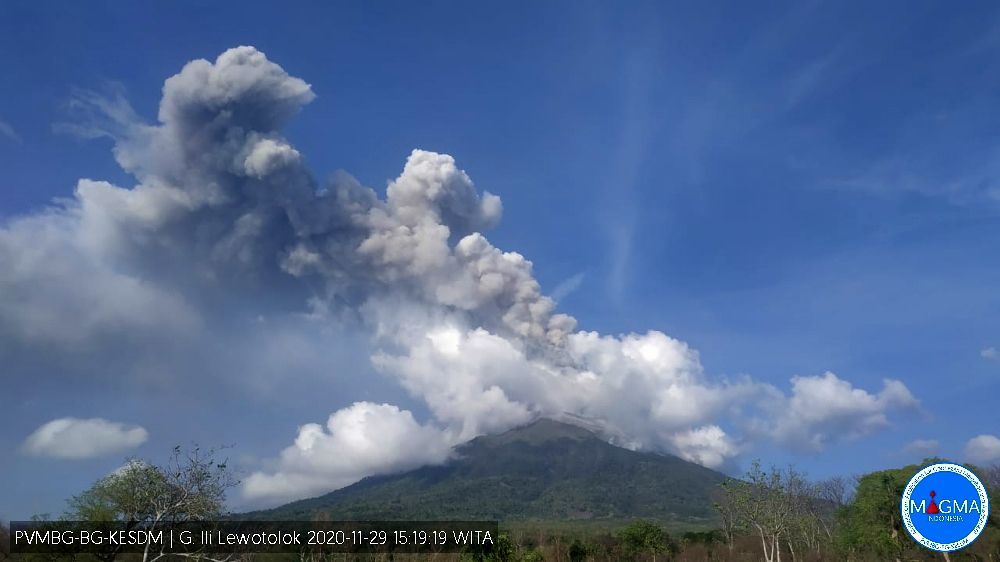 An eruptive episode followed, at 4:28 p.m. WITA, accompanied by an ash plume observed at about 2,000 meters above the summit, and recorded with a maximum amplitude of 13 mm for 200 sec.

At 4:42 PM WITA, an episode accompanied by a column of ash, gray and thick, was observed at 2,000 m above the summit (± 3,423 m above sea level) leaning towards the west. This eruption was recorded in a seismogram with a maximum amplitude of 20 mm and a duration of ± 5 minutes. It was followed by an explosion at 17:08 WITA, characterized by an ash plume 1,500 meters high above the summit; the event is recorded with a maximum amplitude trace. 21 mm for 190 sec.

Another episode occurred at 6:00 p.m. WITA with the observed height of the ash column at ± 1400 m above the summit (± 2823 m above sea level), gray and thick, tilted towards the Where is. This eruption was recorded on a seismogram with a maximum amplitude of 10 mm and a duration of ± 5 minutes.

Observations are made from the post located in Laranwutun village, Ili Ape district. In terms of seismicity, it is therefore 7 eruption earthquakes that were counted;

- 6 non-harmonic tremor episodes with an amplitude of 6 to 28 mm and an earthquake duration of 17 to 70 seconds.

Activity level increased to 3 / siaga, with 4 km danger zone and danger warning regarding ash fall and lahars in case of rains. A Vona Rouge has been issued by VAAC Darwin.

This November 30, between midnight and 8:30 a.m., 7 eruptive episodes have already occurred, and 25 deep volcanic earthquakes recorded. (to be continued) Anchored at the eastern end of an elongated peninsula which is connected to the island of Lembata (formerly Lomblen) by a narrow isthmus and extends north into the Flores Sea, Lewotolo rises to 1423 m.

It is a symmetrical stratovolcano seen from the north and the east. A small cone with a 130 m wide crater built on the SE side of a larger crater forms the highest point of the volcano, illustrated by photos of our friend Thierry Sluys during a trip in 2005. Many lava flows have reached the coast.

The historical eruptions, recorded since 1660, consisted of explosive activity of the summit crater. The most recent runs from January 2 to 14, 2012, and concerns the summit. 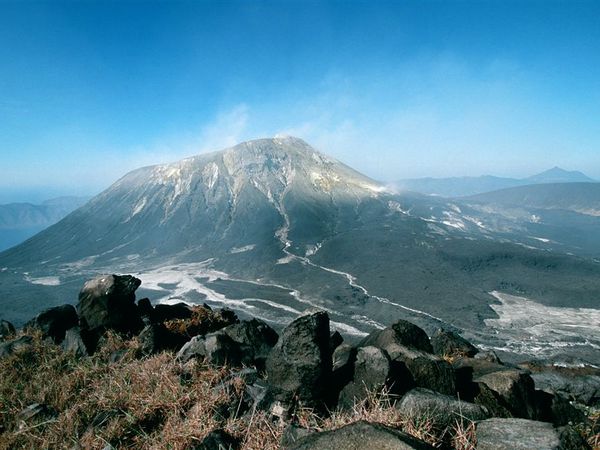 On the image in natural colors, the hot spot seems targeted at a small place south of the well, already visible during the satellite pass on 24.11.2020.

This is within the framework of the activity period dated July 2, 1967 to September 15, 2020 (continuing) provided by the Global Volcanism Program.

The latest satellite data for thermal anomalies at the north and south pit craters date from mid-August 2020, and the north pit crater go back to September 5, 2020. An eruptive episode occurred in Sinabung, on Sumatra, this Sunday, November 29, 2020 at 18:02 WIB with the height of the ash column observed ± 400 m above the summit (± 2860 m above sea level ). The ash column is gray and thick sloping to the east. This eruption was recorded on a seismograph with a maximum amplitude of 30 mm and a duration of 87 seconds.