a strombolian activity, still very modest but practically continuous, animates the Crater of the South-East.

On the same day, we can also observe sporadic emissions of ash (cold material) from the New Mouth, more specifically the " BN-1 ", that is to say the westernmost of the two mouths which have been reopening for a few month inside the crater, also known as  " The 1968 Mouth ". During the last hours, the Pacaya volcano has increased its effusive activity; mainly on its southwest flank.

Avalanches of large blocks (1 to 3 m.) Over 500 meters are recorded, and two lava flows, each about 300 meters long, in a south-westerly direction. A degassing plume, white and bluish, 3,000 m high. asl. accompanies this activity. This activity is effusive, the lava flows occur through fissures, a type of activity specific to the volcano.

The explosive activity is maintained, in a cycle of construction-destruction of the intracratical cone.

The observations will be disrupted with the influence of Hurricane IOTA: increasing cloudiness, heavy rains, and sustained winds. On November 12, scientists from the Institute of Volcanology attempted to land on the slopes of Bezymianny to take samples after a recent eruption of the volcano. The wind was strong and did not let the helicopter land, but excellent shots were taken 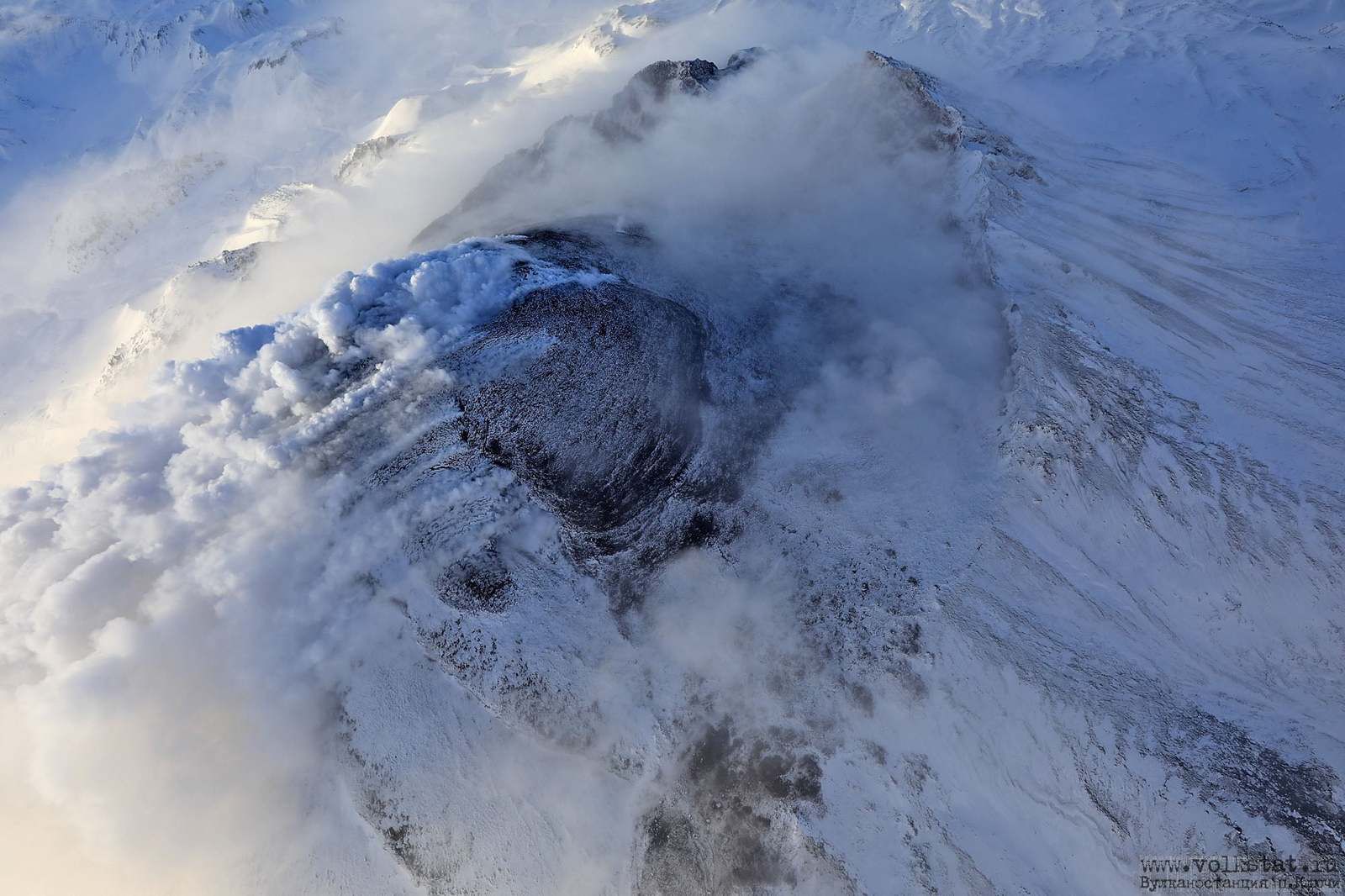 The lava flow descends Apakhonchich falls, on the south-eastern flank of the volcano, while the Strombolian activity and the gas and vapor emissions, loaded with a little ash, are more or less important.

The KVERT notes a large thermal anomaly throughout the past week, which culminates this November 15 at 11 a.m. at VRP 1162 MW (Mirova). 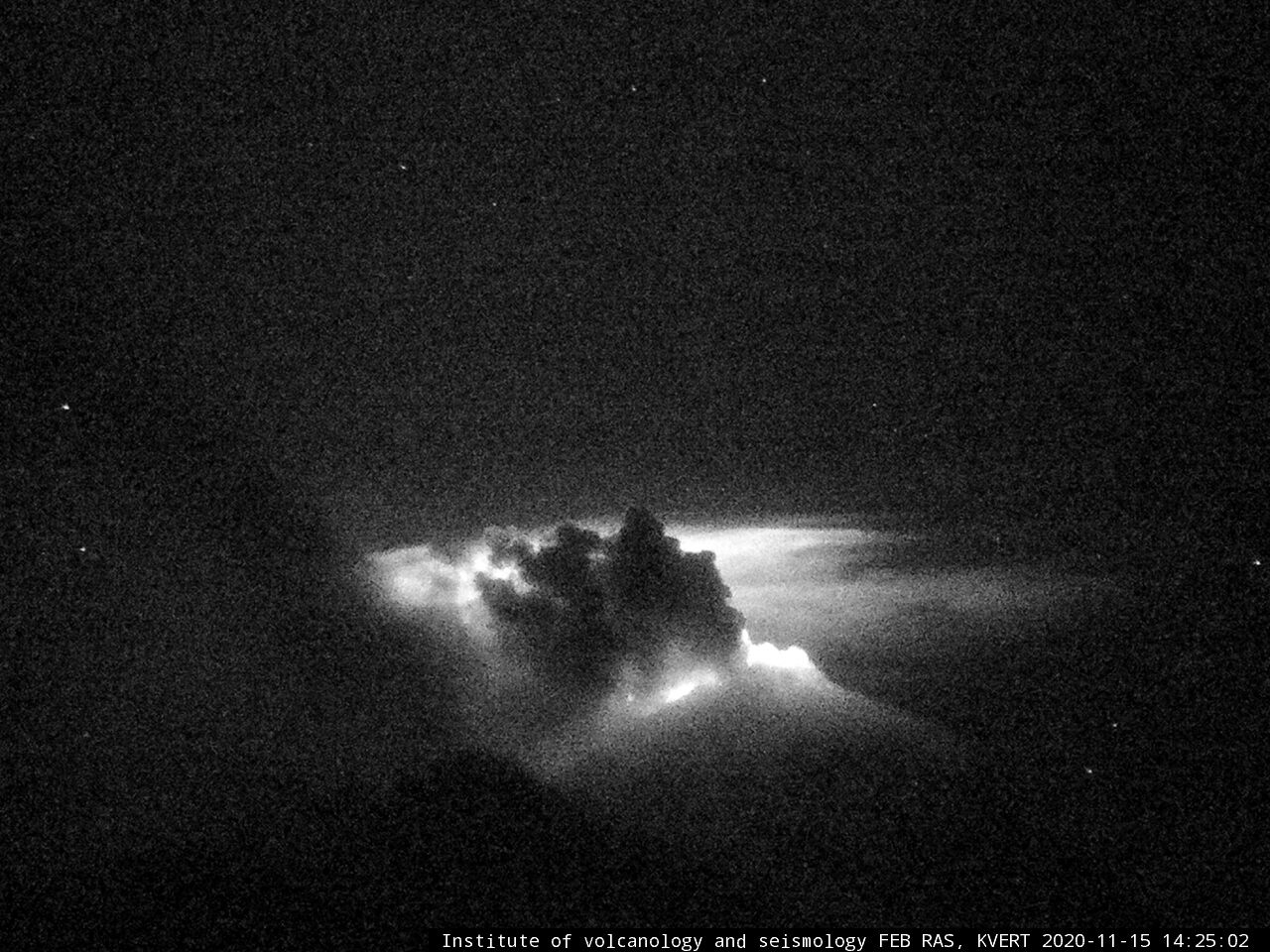 This November 15 from 6:40 am local, the seismic stations BULB and BILB of the Tungurahua volcano record a high frequency signal, perhaps associated with the appearance of mudslides and debris (lahars) which descend the drainages of the volcano. Proximity to rivers is not recommended.

We can make a connection with the information of November 9 which mentions a process of resuspension of ash in the upper part of Tungurahua, following strong winds blowing towards the north-west. (NOAA - IGEPN satellite image)