Thanks to the seismographic recordings of November 8, 2020, it was recorded: Since Friday, the Indonesian government began evacuating the first villages located closest to the crater. 500 people took refuge in shelters provided for this purpose. A 9 km perimeter evacuation scenario around the crater is ready. Communication, routes, logistics and 35 shelters can be deployed quickly.

1.A forecast map of risk areas has been drawn up by the BNPD; she understands :

2. It is recommended to stop mining in the river channels that originate at Mount Merapi in KRB III.

3. Tourism actors should not carry out tourism activities at KRB III G. Merapi, including climbing activities to the top of Mount Merapi.

4.The government of Sleman Regency, Magelang Regency, Boyolali Regency and Klaten Regency to prepare all aspects of disaster mitigation efforts due to the eruption of Mount Merapi which can occur at any time. 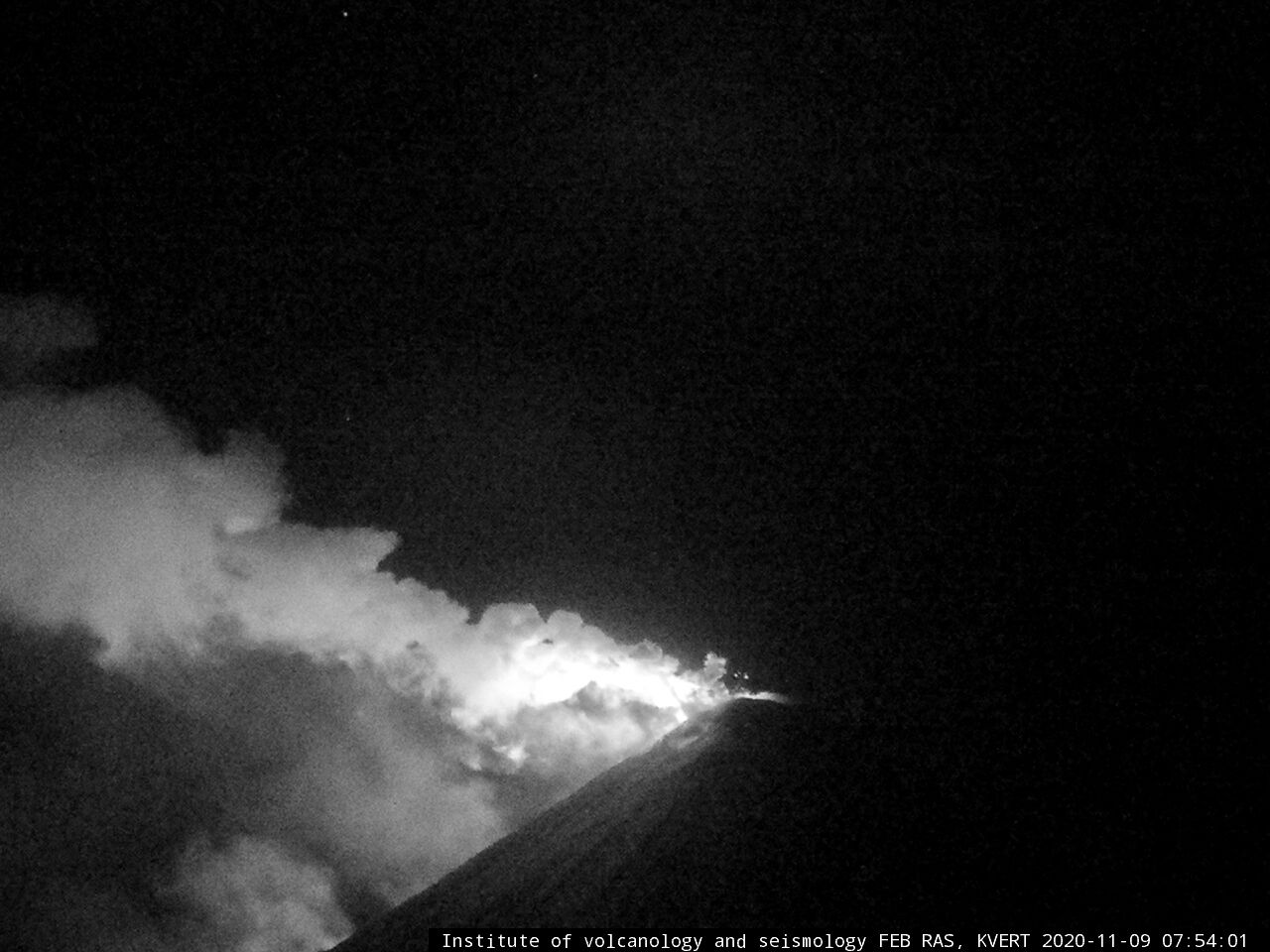 The explosive-effusive eruption continues at Klyuchevskoy.

The lava flow on the southwest flank continues to grow. The ash plume extends for approximately 85 km. to the east. In La Reunion, the concerns are not linked to the eruption, but to the fires that have been raging since Saturday in the Mafate circus, and more particularly in Maïdo.

A thought by our friends from Réunion who are fighting against the fire, fueled by the wind and the drought.

The night went badly at Maïdo. Despite a relentless fight by the firefighters, the flames managed to cross the forest road around 2 a.m. in the night from Sunday to Monday. The balance sheet is now 200 hectares burnt.

The firefighters had to move their command post. The flames continue to spread towards the forest road of Tamarins and it is now an area of ​​500 hectares that is threatened.