Activity of Bromo, Sinabung and Kilauea.

A VONA Orange was issued by magma Indonesia for the Bromo / Tengger caldera, this December 28 at 2:17 Z, following a gas emission with volcanic ash produced during an eruptive episode at 5:50 local time. An observer on the ground estimates the height of the ash cloud at about 2,820 meters asl.

Ash falls are reported in the Ngadirejo region, about 5 km northeast of the crater.

Seismic activity is characterized by a continuous tremor. Activity level is at 2 / waspada The last eruption of Sinabung occurred on December 13, 2020. The observed plume is white, rising about 100 to 500 meters from the summit.

Thanks to seismographic recordings of December 27, 2020, it was recorded:

It is recommended that the community and visitors / tourists not carry out activities in the villages that have been displaced, as well as within a radial radius of 3 km from the summit of G. Sinabung, and a sector radius of 5 km for the south-eastern sector and 4 km for the east-north sector 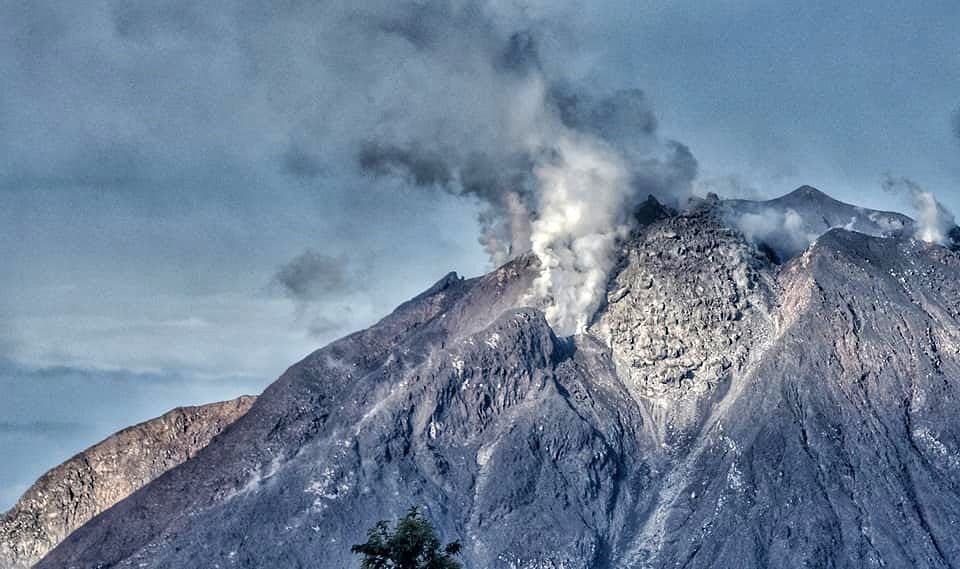 The lava lake in the Halemaʻumaʻu crater of Kilauea has changed little over the past day and was about 177 m (581 feet) deep and about 408 m (1340 feet) below the southern edge of Halemaʻumaʻu this morning ( December 27). During the last day, the cooler, solidified lava island floating in the lava lake slowly drifted west into the lake and remained stable in size - approximately 260m in length and 115m in width based on the heat map of December 23. This morning's measurements suggest that the island has risen 1 to 2 m since yesterday afternoon. 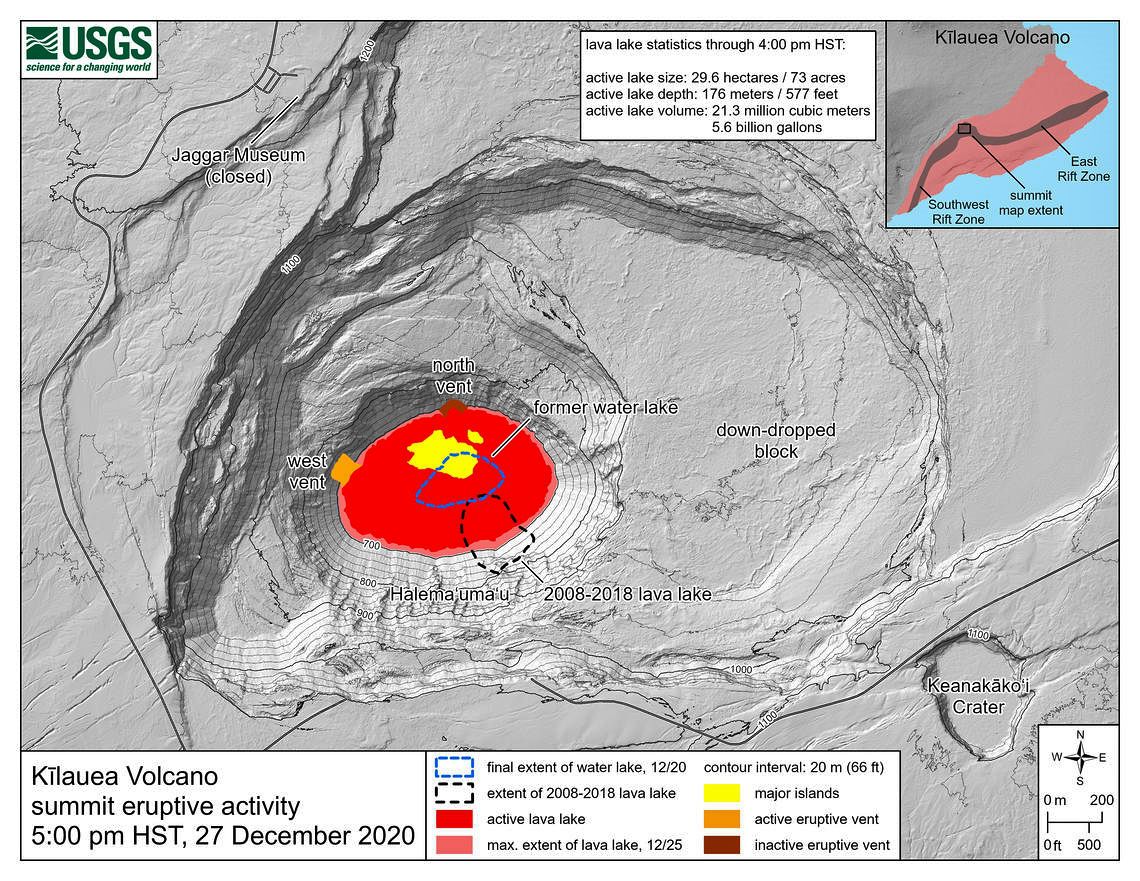 Geodetic monitors also indicate that the upper part of the East Rift Zone contracted as the summit deflated. This was associated with the removal of magma to feed the vents at the top.

A map shows the current state of the lava lake, and by superimposition, that of the acid water lake before the erption, and that of the previous lava lake (2008-2018) and suggests the contours of a possible overflow. of the current lava lake depending on the topography of the caldera.