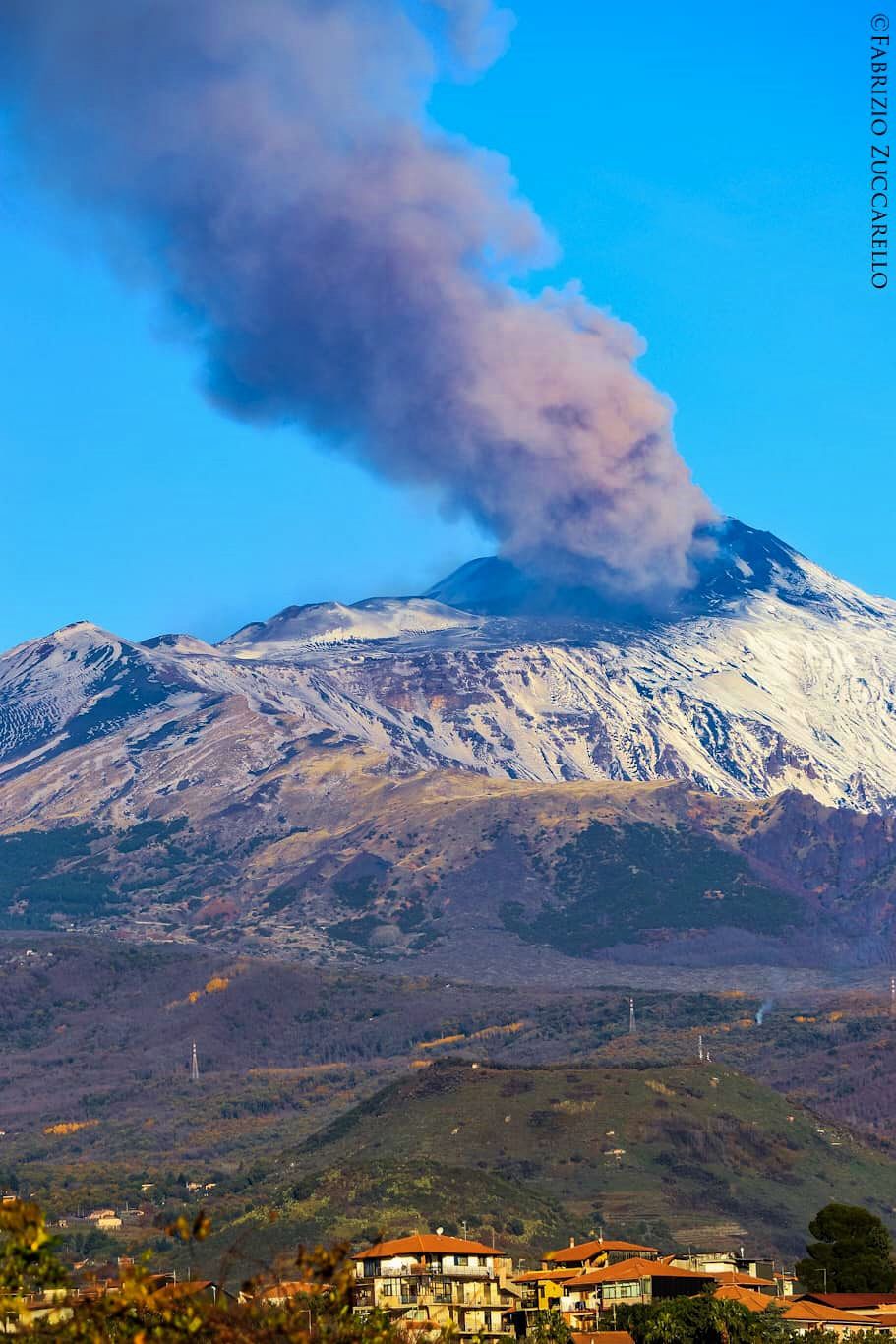 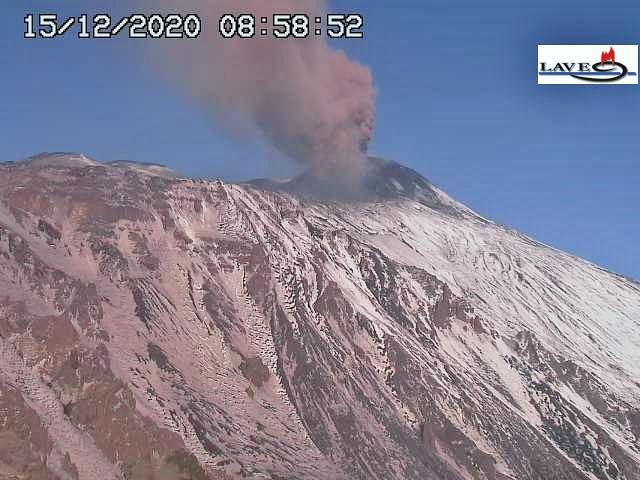 After a decrease in the activity of Etna during the night, Strombolian activity is detected on the morning of December 15 from three mouths on the south-eastern crater: the one called "della Sella", both others in the eastern part of the cone.

From around 06:30 UTC, there is a heavy emission of ash, which forms a plume towards the south. In addition, sporadic explosions occur from the Voragine crater which produce modest ash emissions; at night, the launch of glowing pyroclastic material was visible.

As of 08:24 UTC, there is a resumption of lava emission from the landslide niche that opened on the southwest flank of the southeast crater during paroxysmal activity from December 13 to evening, forming a lava flow directed towards the southwest. .

From the seismic point of view, the volcanic tremor, during the last hours, showed an increase in its average amplitude from about 06:00 UTC, always maintaining a high value, with its point of origin located- in the zone of the SE crater. The infrasonic activity continues to be sustained: the number and amplitude of infrasonic events remain at a high level, especially during the phases of increasing tremor amplitude. 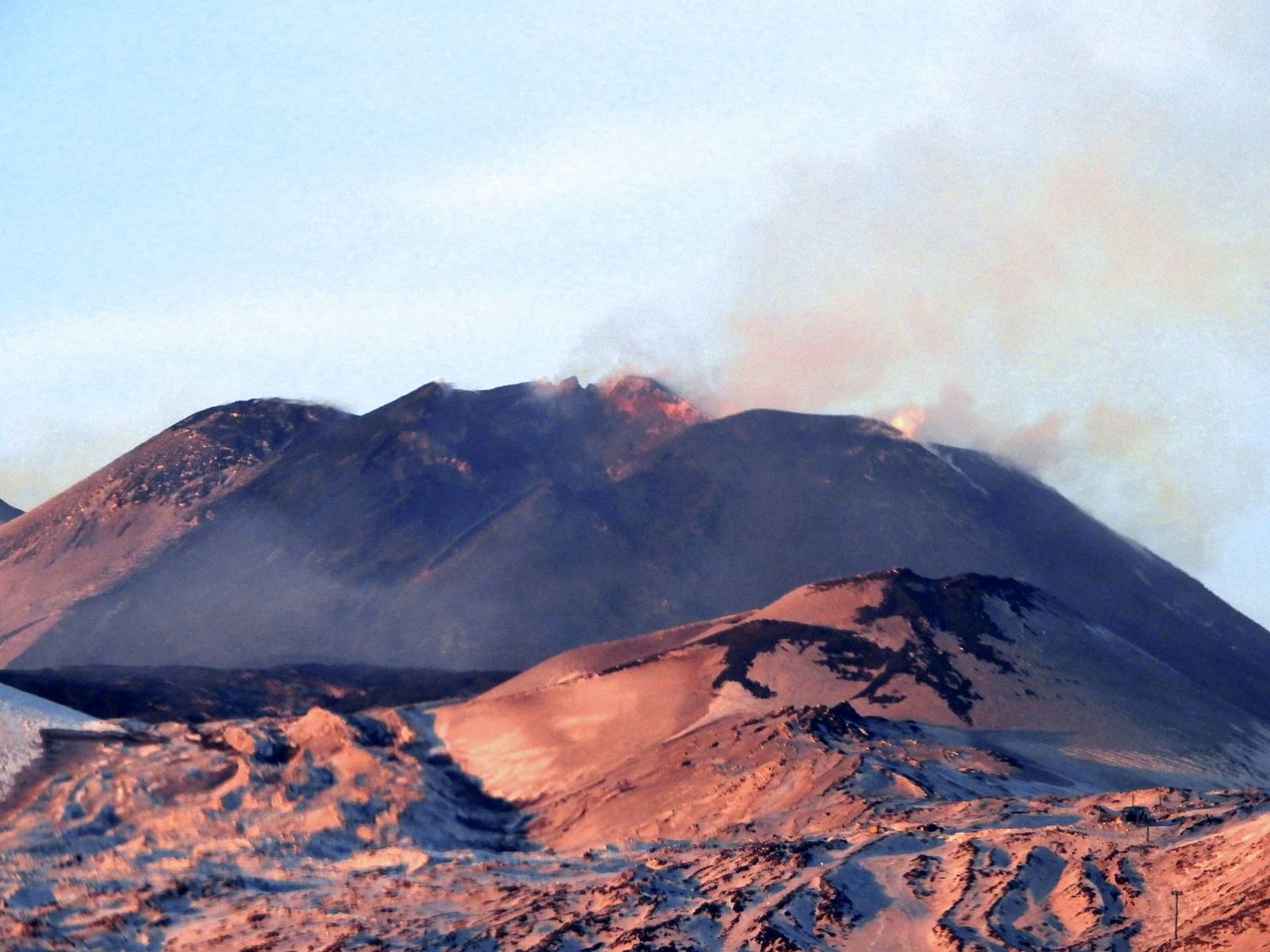 Etna Crater of the South-East seen at the end of the afternoon of December 15, 2020 by the Milia zone (southwest side); the calm of the moment shows the morphological changes following the activity of December 13. - photo INGV

The intense explosive activity of the three mouths of the Southeast Crater and the emission of the new lava flow continued until the end of the morning of December 15 and was followed by a rapid decline. At the morphological level, we notice an opening towards the bottom of the edge of the "mouth of the Saddle", bordered by deposits of pyroclastic flows, following the activity of December 13th.

In the evening, the front of the lava flow, around 2900 m, still showed incandescent spots. However, the casting is no longer supplied.

From a seismic point of view, the volcanic quake in recent hours has shown a marked decrease in its average magnitude from around 10:00 hours UTC, currently referring to an average value.

No significant change is observed in the permanent soil deformation networks (clinical and GPS). The week of December 7 to 13 in Sabancaya / Peru is marked according to I.G. Peru, by an average of 54 explosions per day, accompanied by plumes of gas and ash reaching 2,800 meters in height.

Eight thermal anomalies are recorded, with VRP between 1 and 22 MW.

894 earthquakes occurred during the aforementioned period. In Santiaguito, the Conred observes this December 15 a white degassing plume, which disperses to the west and southwest and reaches heights of up to 500 meters above the volcanic complex.

Mostly weak explosions are observed, generating plumes of gas and ash from a height of 3300 meters above sea level. 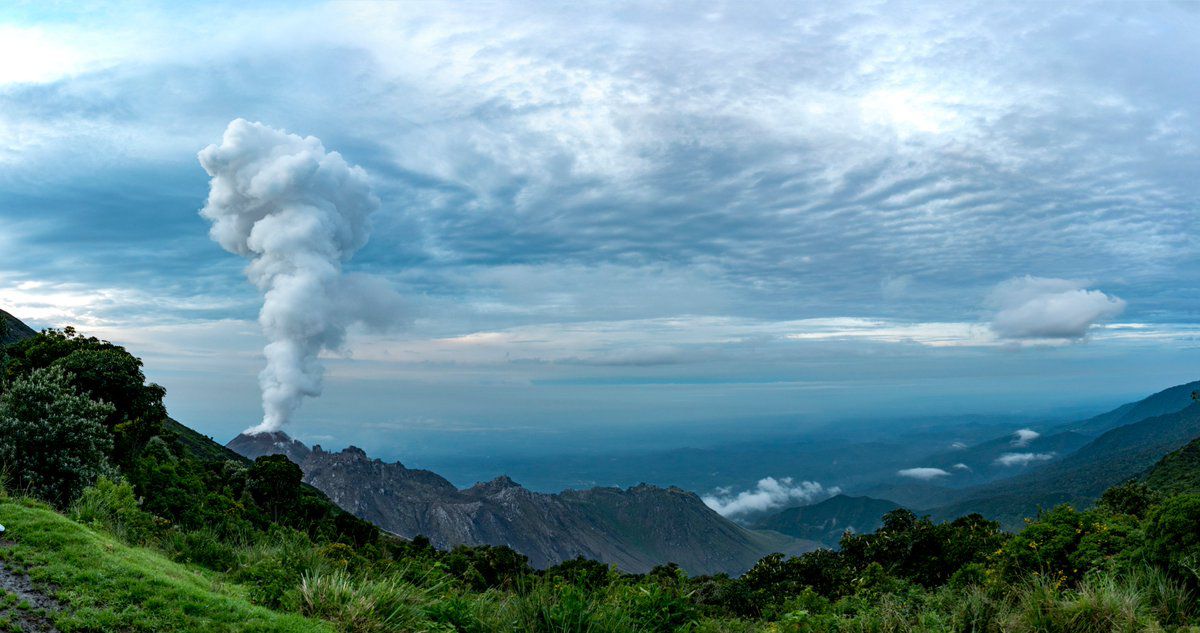 At Ili Lewotolok, the plume above the crater is

white and gray, thick and high about 200 to 800 meters above the summit.

The seismicity of December 15 is characterized by:

- continuous tremor with an amplitude of 1-5 mm, dominating 1 mm.