While the month of November was particularly calm, since 5:10 am local time, a seismic crisis has been recorded on the instruments of the Volcanological Observatory of Piton de la Fournaise. This seismic crisis is accompanied by rapid deformation, This indicates that the magma is leaving the magmatic reservoir and is spreading towards the surface.

The seismic crisis ended around 05:54 a.m. local time. This episode was accompanied by surface deformations which remained extremely weak and localized at the top of Piton de la Fournaise. Since then, no deformation has been observed and the seismicity has greatly decreased (4 earthquakes between 6 a.m. and 7 a.m. local time).

The cessation of the seismic crisis testifies to the arrest of the magma at depth. However, given the weakening of the environment during the last intrusive episodes, a rapid resumption of activity in the medium term remains possible.

In Ili Lewotolok, the eruption continued on December 4, marked by notices from Magma Indonesia and VAAC Darwin.

The activity level is at 3 / siaga. People around Mount Ili Lewotolok and visitors / climbers / tourists are recommended not to perform activities within 4 km of the summit crater.

Note: Dr. Devy K. Syahbana reports morphological changes in the summit crater of Lewotolok, based on observations of radar images from the Sentinel-1 satellite.

After the eruption of November 29, 2020, a new eruption hole formed in the main crater, the dimensions of this transverse hole north-south at about 200 m and east-west at about 150 m. 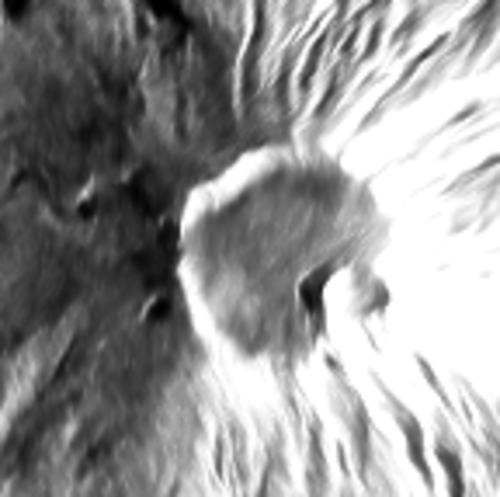 The Nevado del Ruiz alert level remains at yellow. Although the instability of the volcano has lasted for more than 10 years, it is essential not to get used to it and to stay attentive to official information. The Four Mountains group of volcanoes : from left to right, Tana, Cleveland (with its small plume), Carlile, and Herbert. Photo by Dave Clum / 27,04,20199 / AVO

The Four Mountains Islands in the central Aleutians are a tight group of six stratovolcanoes named Carlisle, Cleveland, Herbert, Kagamil, Tana, and Uliaga.

One hypothesis, presented at the AGU 2020 autumn meeting, suggests that this group of volcanoes could belong to one interconnected caldera.

Despite all these signs, Diana Roman of the Carnegie institution and John Power, a US Geological Survey researcher at the Alaska Volcanoes Observatory and lead author of the study, argue that the existence of the caldera is by no means proven. To do this, the study team will need to return to the islands and gather more direct evidence to fully test their hypothesis.

The caldera hypothesis could also help explain the frequent explosive activity seen at Mount Cleveland, Roman said. It can also help to understand what type of breakouts to expect in the future and to better prepare for their dangers.