News from Poas, Villarica and Sinabung. 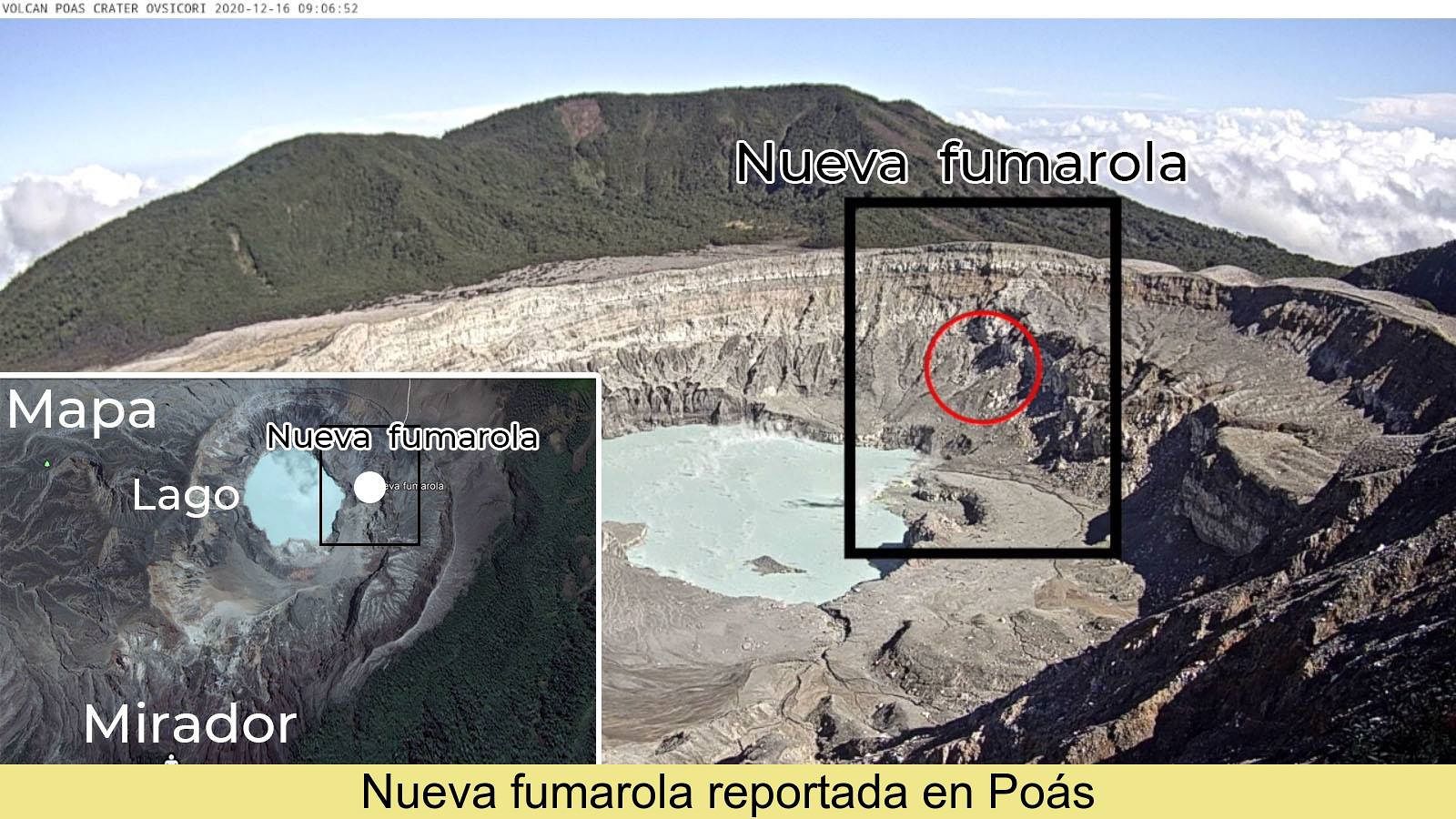 In Costa Rica, the Poas volcano has presented a new fumarole on the eastern side of the crater for a few days, reported by Danilo Umana Castro.

The photo dates from December 16, the crater having been subsequently masked by fog on December 17 and part of the day on December 18. When there is a gap providing sufficient visibility on the crater, we no longer notice the fumarole on the webcam.

The seismic activity remains comparable to that of the previous days, and the other parameters are within the standards. The Sernageomin reported an LP earthquake on December 17 at 5:16 pm local time, accompanying an emission of particulate matter in the form of a plume rising to a maximum of 720 meters; and derivative ESE.

The technical alert is maintained in Amarilla.

Onemi also maintains this level for the Villarrica, Pucón and Curarrehue municipalities in the La Araucanía region and the Panguipulli municipality in the Los Ríos region. At Sinabung, the white summit plume is observed between 50 and 500 meters above the summit on December 18,. The dome is still growing, more and more cantilevered, and dangerous.

Thanks to the seismographic records of December 18, 2020, it was recorded:

The activity level remains at 3 / siaga, with a recommendation for communities and visitors / tourists not to carry out activities in the villages that have been displaced, as well as within a radial radius of 3 km from the summit of G. Sinabung, and a sector radius of 5 km for the south-eastern sector and 4 km for the east-north sector.