News from Sakurajima, Etna and Kilauea. 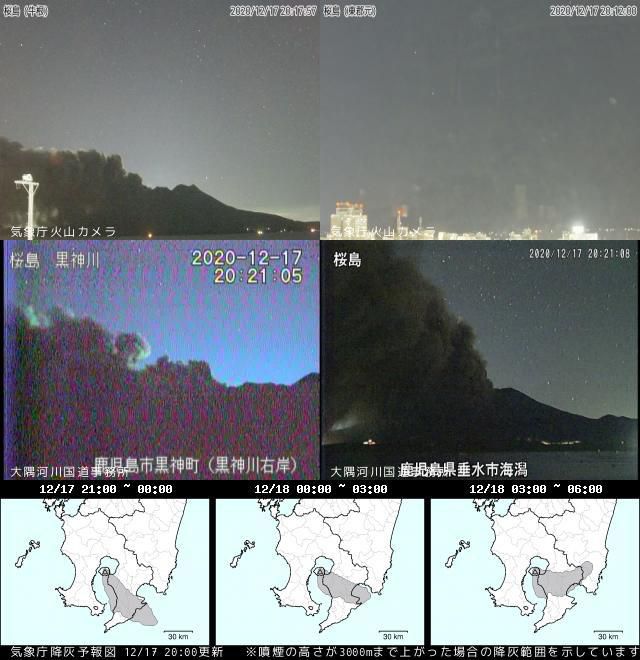 An eruption occurred at Sakurajima (Mount Minamidake summit crater) at 7:59 p.m. on December 17, and the plume of gas and ash rose 3,000 m above the crater rim.

The volcanic ash was washed away from the crater in a southeast direction (towards Tarumizu / Kaya), and in one hour, a slightly large amount in the city of Kagoshima (Sakurajima)

Following the activity of the last few days at the south-eastern crater of Etna, a drone flight was carried out and allows to realize the morphological evolution of the " crater of the saddle" / SEC.

The length and extent of the lava flow was specified from satellite imagery and drone footage. 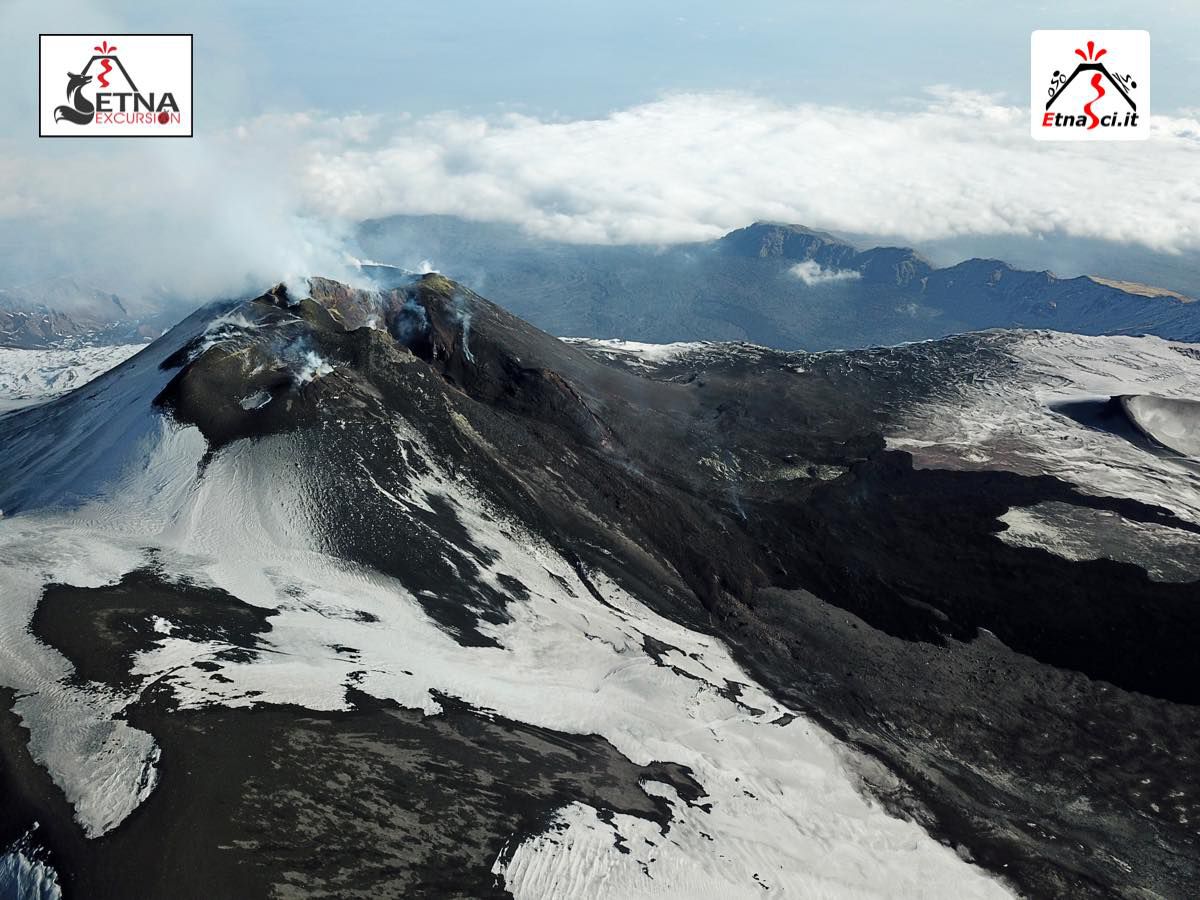 The National Institute of Geophysics and Vulcanology, Etnéo Observatory, announces that since the end of the morning of December 17, the visual and thermal surveillance systems show a weak explosive activity at the easternmost mouth on the Southeast Crater .

At 14:37 hours UTC (15:37 local) on the images of the EMOT thermal camera, an anomaly was brought to the level of the lava overflows of December 13-15, generated either by a shooting of the emission of washes either by a collapse of still hot material.

From a seismic point of view, the volcanic tremor, showed modest fluctuations in its magnitude and is currently maintaining an average value.

The location of its sources is still located in the SE Crater area. As regards intrasonic activity, it did not record any significant variation in the number and magnitude of infrasonic events; the sources are mainly located in the region of the Northeast Crater.

No significant variation is observed in the signals recorded by the permanent strain measurement systems (clinometric networks and GPS).

During the night and dawn of December 18, 2020, the very weak Strombolian activity at the eastern mouth of the Southeast Crater of Etna continued without much variation. Following a swarm of earthquakes on November 30, 2020, which was centered in the middle of the Kīlauea caldera, several pulses of increased seismic activity were recorded in the upper East Rift Zone. 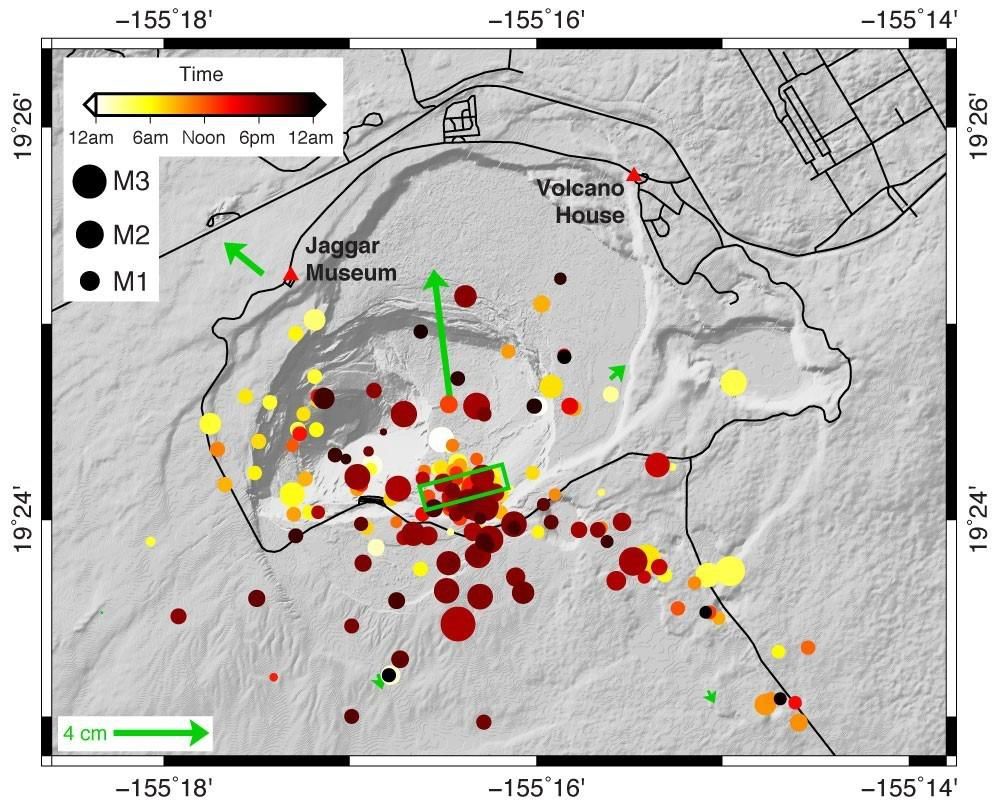 In the wee hours of December 2, the HVO detected another spike in seismicity rates at the summit, which continued throughout the day. Then, around 5:45 p.m. HST, seismic activity intensified, this time centered under the southern portion of the Kīlauea caldera, near the edge of the new declining eastern portion. At the same time, inclinometers began to record accelerated deformation in directions that differed from typical models.

The swarms and the soil deformation pattern are consistent with a small dyke intrusion below the southern part of the Kīlauea caldera. A dike intrusion is an injection of magma into the host rock and can sometimes precede an eruption. But often, like December 2, the injection does not reach the surface.

Preliminary models suggest the December 2 intrusion was small. It contained between 10 and 30 times less magma than the May 2015 intrusion and its volume is equivalent to the amount of lava that erupted in just 1 to 2 hours since Fissure 8 during the 2018 eruption.

Although small, this intrusion is a reminder that Kīlauea can still be considered one of the most active volcanoes on earth and that the next eruption of K īlauea volcano is only a matter of time.