At Etna, analysis of images from INGV-OE video surveillance cameras shows that from around 5.30 p.m. GMT the flow produced by the lava overflow on the north side of the south-eastern crater is no longer supplied. and cools. Weak Strombolian activity continues at the southeast crater.

As for the volcanic tremor, no substantial change is noted. The amplitude of the tremor remains high, although it does not reach alarm levels. The sources of the quake are located in the area of ​​the south-eastern crater, at a level of 2900-3000 m above sea level. In the last hours there is a decrease in infrasonic activity. In Kilauea, the west vent feeds a lava channel that drains into the lava lake inside Halema'uma'u crater. The most recent sulfur dioxide emission ratio was 2.50 tonnes / day on January 16.

The active western half of the lava lake was about 202 m deep on the morning of January 20, while the stagnant eastern half of the lake remains several meters lower. The entire lava lake - including half of it is stagnant - is perched / elevated at least 1-2m above the crust between the perched lake and the crater wall. The activity of Sinabung continues.

- 1 eruption earthquake, with an amplitude of 55 mm, and the duration of the earthquake was 201 seconds.

This Thursday, January 21, 2021, an episode at 6:35 a.m. WIB produced a small plume of ash, observed at ± 500 m above the peak (± 2960 m above sea level). The ash column was gray with moderate intensity to the east and southeast. This eruption was recorded on a seismograph with a maximum amplitude of 120 mm and a duration of 94 seconds.

In activity level 3 / siaga, it is recommended that communities and visitors / tourists not carry out activities in villages that have been displaced, as well as within a radial radius of 3 km from the summit of G. Sinabung, and a sector radius of 5 km for the south-eastern sector and 4 km for the east-north sector. 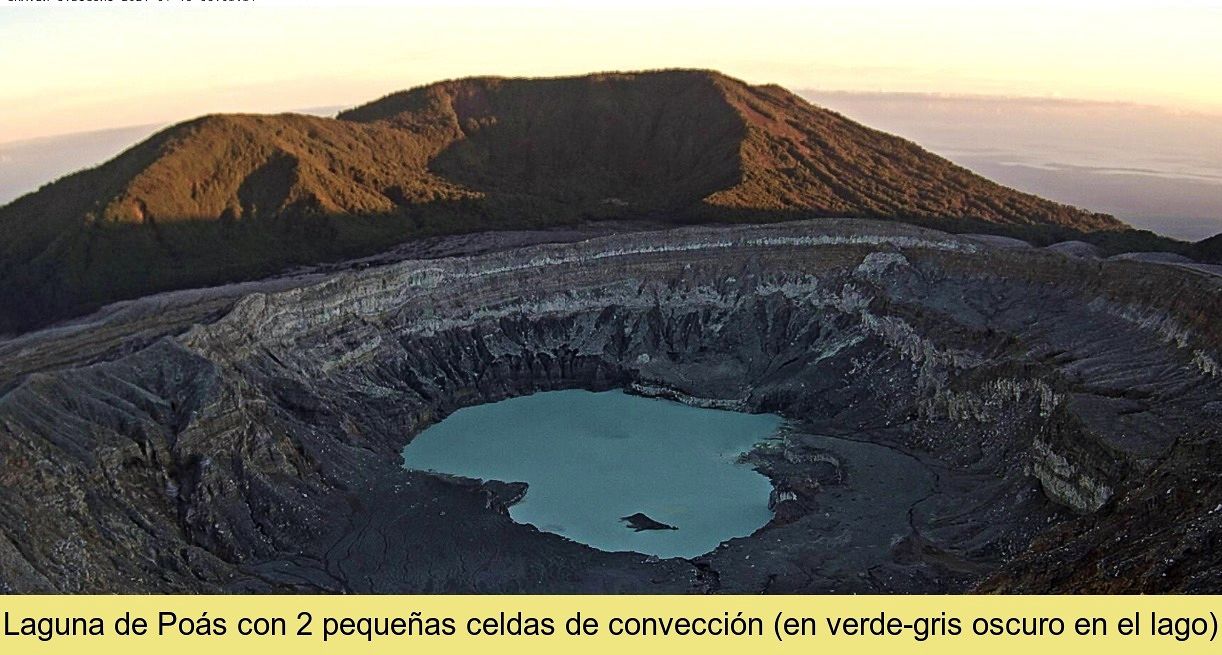 At Poas, no eruption.

The level of the lake remains stable; over the last few days, it had presented two small convection cells, of a slightly darker gray color than that of Laguna Caliente.

The gas emission ratio remains within the limits of the previous weeks. Sulfur gas fumaroles leave deposits of sulfur.