Activity of Etna, Stromboli and Merapi Following a lava flow on January 17, starting at 19:15 GMT on 01/18/2021, a new lava overflow occurred at the southeastern crater of Etna. The front moves towards the Valle del Bove and reaches the 2900 m elevation.

There is currently intense Strombolian activity on the part of the SEC. From 19:00 UTC, we note an increase in the amplitude of the volcanic tremor, which is currently reaching high values. At the same time, there is also an increase in infrasound tremor. Etna's GPS network data does not show significant variations.

The intense Strombolian activity produced by the southeast crater suddenly turned into a faint lava fountain reaching its peak at around 8:30 p.m. GMT. This activity generated a volcanic cloud which dispersed east-south-east and formed a deposit of volcanic ash on the eastern flanks of the volcano. In fact, during the explosive activity, a relapse of volcanic ash was reported in Fleri. 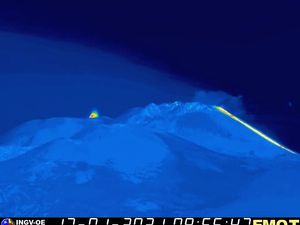 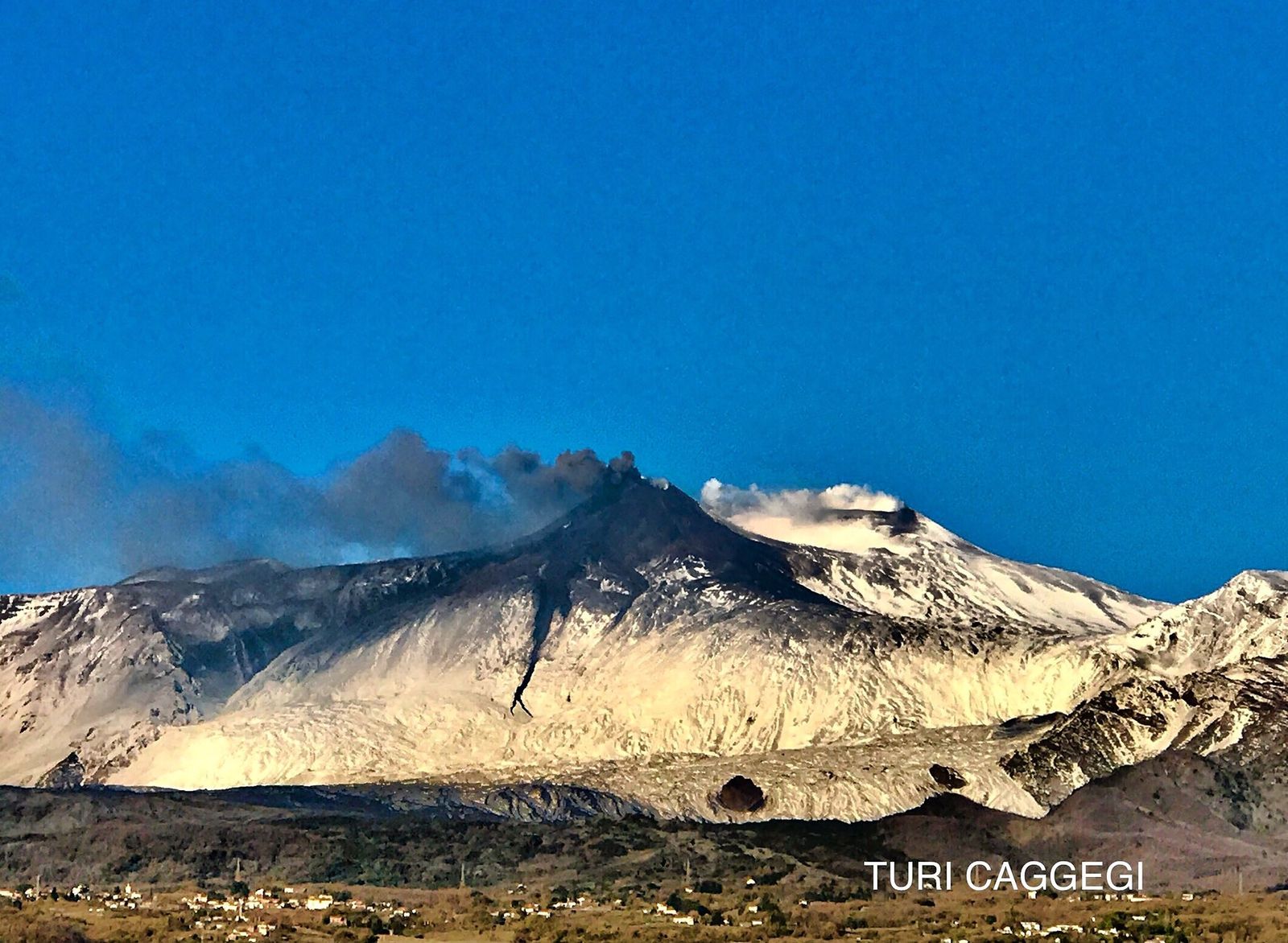 Etna - this January 19 in the morning - photo © Turi Cageggi

Explosive activity has declined significantly from the start from around 9:00 p.m. GMT. As for the effusive activity, the CCTV cameras of the INGV-OE show, as previously communicated, two distinct lava flows: one goes towards the East, inside the Valle del Bove, the another to the north. From 21:00 UTC, a rapid decrease in volcanic tremor and infrasound signal was recorded. At around 9:30 p.m. UTC, both signals reached the levels that preceded the eruptive activity.

Analysis of images from INGV-OE video surveillance cameras on the morning of January 19 shows that the volcanic cloud is no longer present in the atmosphere. At the southeast crater, sporadic ash emissions remain rapidly dispersed by high winds. It is also observed that the lava flows, confined to the summit area, are cooling. From the point of view of the volcanic tremor, compared to the previous version, no significant change is noted. The amplitude of the tremor is at average levels, the infrasound activity is discrete, characterized by low amplitude transients. The data from the deformation networks do not show significant variations, with the exception of the Cratere del Piano station. 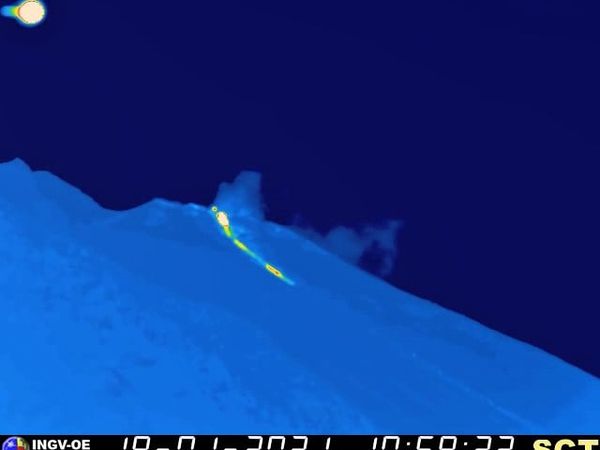 The National Institute of Geophysics and Vulcanology, Etnéo Observatory, announces that since 9:45 hours GMT on January 18, 2021; INGV-OE surveillance cameras show an overflow of lava produced by mouth N2 of the northern crater zone of Stromboli.

This overflow, preceded at night by spattering activity, was well fed between 10:10 GMT and 11:30 GMT approximately, reaching a height of about 700 m above sea level. Analysis of the footage from the INGV's video surveillance cameras also showed glowing blocks that stood out from the front and rolled along the Sciara del Fuoco.

At 12.58 UTC, this overflow is no longer supplied but a thermal anomaly visible by the video surveillance cameras of the INGV-OE remains. In addition, there is ordinary Strombolian activity from both North and South crater areas. From 14:10 GMT the images from the CCTV cameras of the INGV-OE show a projection activity present in the area of ​​the Center-South crateric zone which produces incandescent blocks which roll episodically along the Sciara del Fuoco. The projection activity continued in the central-south crater area until the evening, with incandescent boulder falls rolling into the Sciara del Fuoco.

Rather, the lava overflow from the North Crater area can be considered complete. - a pyroclastic flow earthquake, at 2:27 WIB, leaving a trace on the 60 mm amplitude seismogram for 209 sec. It moved 1,800 meters towards Kali Krasak, and was accompanied by a plume 500 meters high above the summit.