Activity of Popocatépetl, Karymsky, Klyuchevskoy, the Soufrière of St-Vincent and Kilauea. At Popocatépetl, 106 exhalations and 980 minutes of tremor were identified, accompanied by emissions of volcanic gases and ash, with a plume reaching a maximum height of 600 m., Dispersed mainly towards the northeast.

In addition, an explosion was recorded today at 3:14 am accompanied by the expulsion of some incandescent fragments a short distance from the crater.

In the early morning and until 5 p.m., emissions of volcanic gases and ash are observed, which disperse in a northeast direction. At Karymsky, an explosive activity, present in recent days, has left traces of ash from the volcano to the lake of the same name. At Klyuchevskoy, the ash explosions generated a plume of gas and ash which reached a height of 6,000 meters asl on January 2, 2021, drifting 50 km to the south-east. The alert level remains at Orange. People living in areas near the volcano, which include communities of Fancy in Georgetown and Belle Isle in Richmond, are urged to remain vigilant and listen to any advice from the National Emergency Management Organization (NEMO).

NEMO is also calling on the public to forgo visiting the La Soufrière volcano until scientists make it known it is safe to do so. 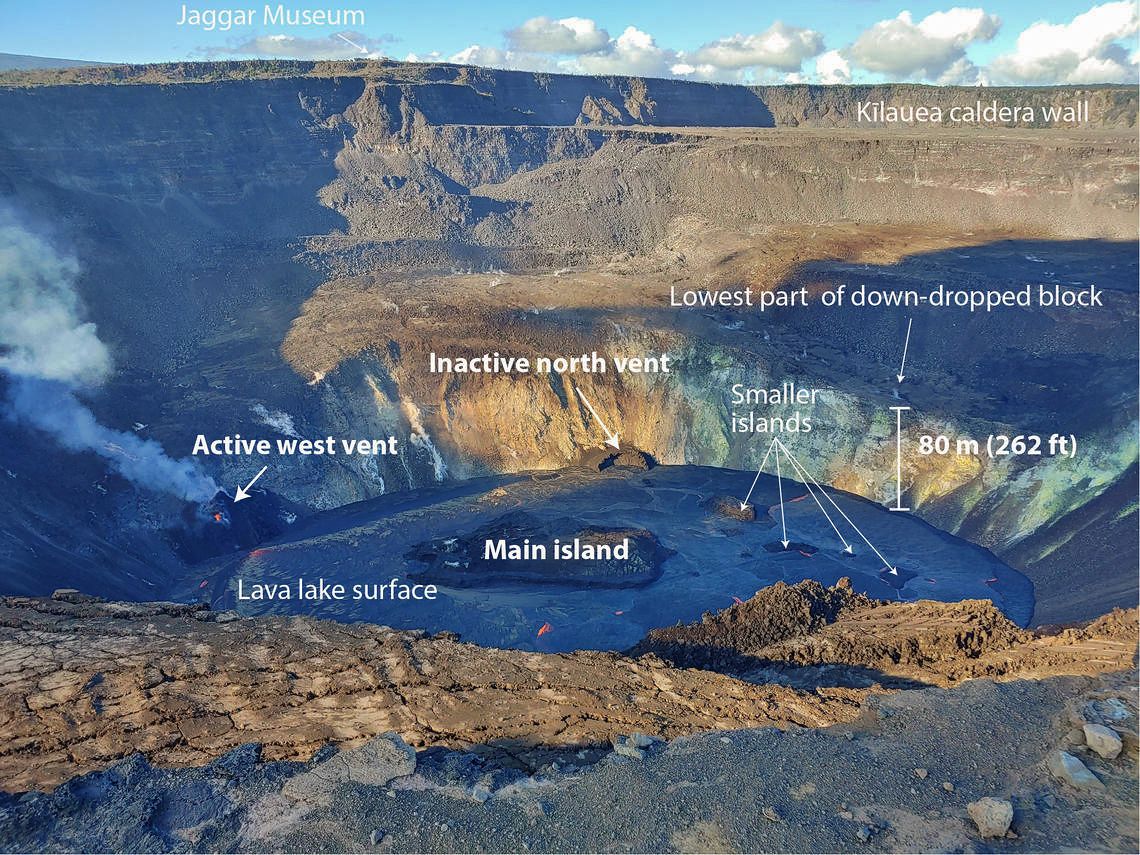 In Kilauea, the western vents of Halema'uma'u crater show spatttering, and feed a lava flow through lava tunnels towards the lake; It continues to widen slowly, its depth reached 186 meters in the afternoon of December 31.

The seismicity remains high, but stable, marked by a high tremor and some earthquakes. The main island of colder, solidified lava floating in the lava lake moved faster westward, as if searching for the western lava source filling the lake, while the other 10 small islands remained relatively stationary. . around the east end of the lake. The main island measured about 250 m. in length, 135 m. wide and about 3 ha. area according to the heat map of December 30. The measurements on Wednesday evening (December 30) show that the surface of the island was about 6-8 m. above the surface of the lake.