Activity of Etna, Copahue and Soufrière of St. Vincent. At the end of last night's paroxysmal activity, Etna's eruptive activity declined sharply, with isolated explosions from the southeast crater and other summit craters.

Since the early hours of today, the average amplitude of the volcanic tremor has remained at average values, with a progressive upward trend.

The location of the volcanic tremor affects the area of ​​the summit craters, affected by the different sources that are activated under each active crater, in the depth range between 2800 and 2900 m above sea level.

During the lava fountains phase, several lava flows developed, in addition to the first, which spread east, northeast, and southwest. The most important flow, directed towards the east, reached a length of approximately 3.5 to 4 kilometers. The flow front stopped a few hours later at an altitude slightly below 2000 m. 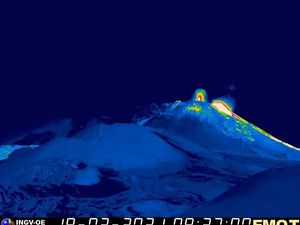 The National Institute of Geophysics and Volcanology, Etneo Observatory, reports that a new lava overflow from the southeast crater is observed, starting just before 07:55 UTC. The lava flow descends the east side of the cone, towards the Valle del Bove. The amplitude of the tremor is increasing, and returns to the high value zone. 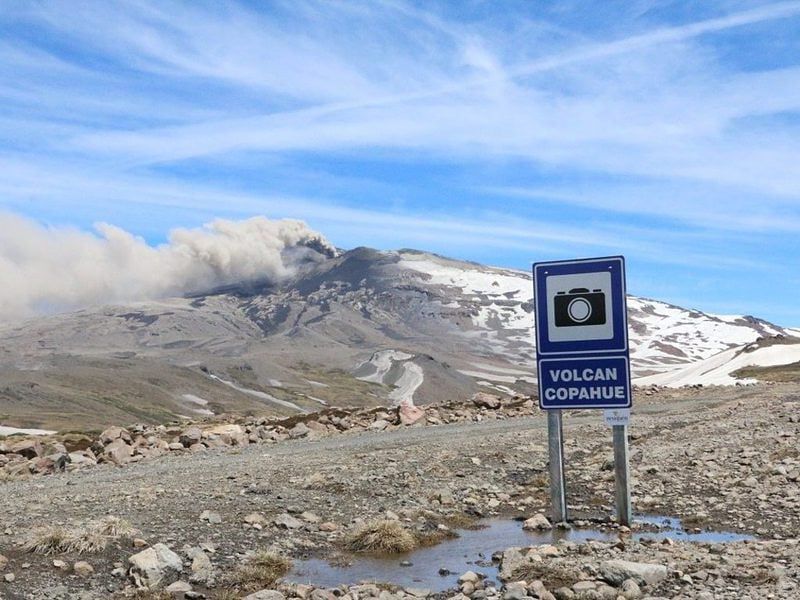 SERNAGEOMIN informs that at 1:56 a.m. on Thursday, February 18, a VT earthquake associated with rock fracturing, magnitude 3.4 (Ml), was recorded at a depth of 5.4 kilometers near the Copahue volcano, in the Biobío region. All monitoring data indicates that the continuous effusion (flow) of magma on the crater floor continues.

The overall growth rate since the beginning of the dome growth is about 1.9 cubic meters per second. There is no clear indication that activity increases or decreases in intensity, but there are periodic changes in the rate at which dome growth occurs.

Measurements of gas emissions (discharges) from the new dome, as well as a preliminary visual inspection of rock samples taken from the dome indicate new magmatic material at depth, contributing to the lava extrusion currently taking place in the crater. .

There is a clear gas plume (column / cloud / track) from the dome which damages vegetation in the summit areas southwest of the volcano.

Meanwhile, teams of volcanologists and technicians continue to equip and measure the parameters of the volcano. A historical document concerning the eruptions of La Soufrière, effusive in 1971-72 and explosive in 1979: "La Soufrière, BEYOND THE ASHES - the photographs".

The stories told in these photos would help people better understand the dangers associated with the volcano and also learn from the eruptions.