In the early hours of February 15, 2021, a gradual intensification of explosive activity was observed at the southeastern crater of Etna.

While activity is continuous at the eastern mouths of the south-eastern crater, sporadic and sometimes violent explosions are also observed at the "mouth of the saddle".

The intracratical explosive activity also continues in the craters of Bocca Nuova, Voragine and Northeast.

Regarding the average amplitude of the volcanic tremor, an upward trend is noticed from the first hours, with a significant increase from around 16 GMT. On February 16, starting at around 4:00 p.m. UTC, the start of a lava overflow was observed from the east side of the southeast crater.

At 16:05 UTC, it produced a modest subsidence of the side of the cone generating a pyroclastic flow which developed along the western wall of the valley of the Bove.

The phenomenon produced an ash cloud which quickly dispersed by the high wind to the south. 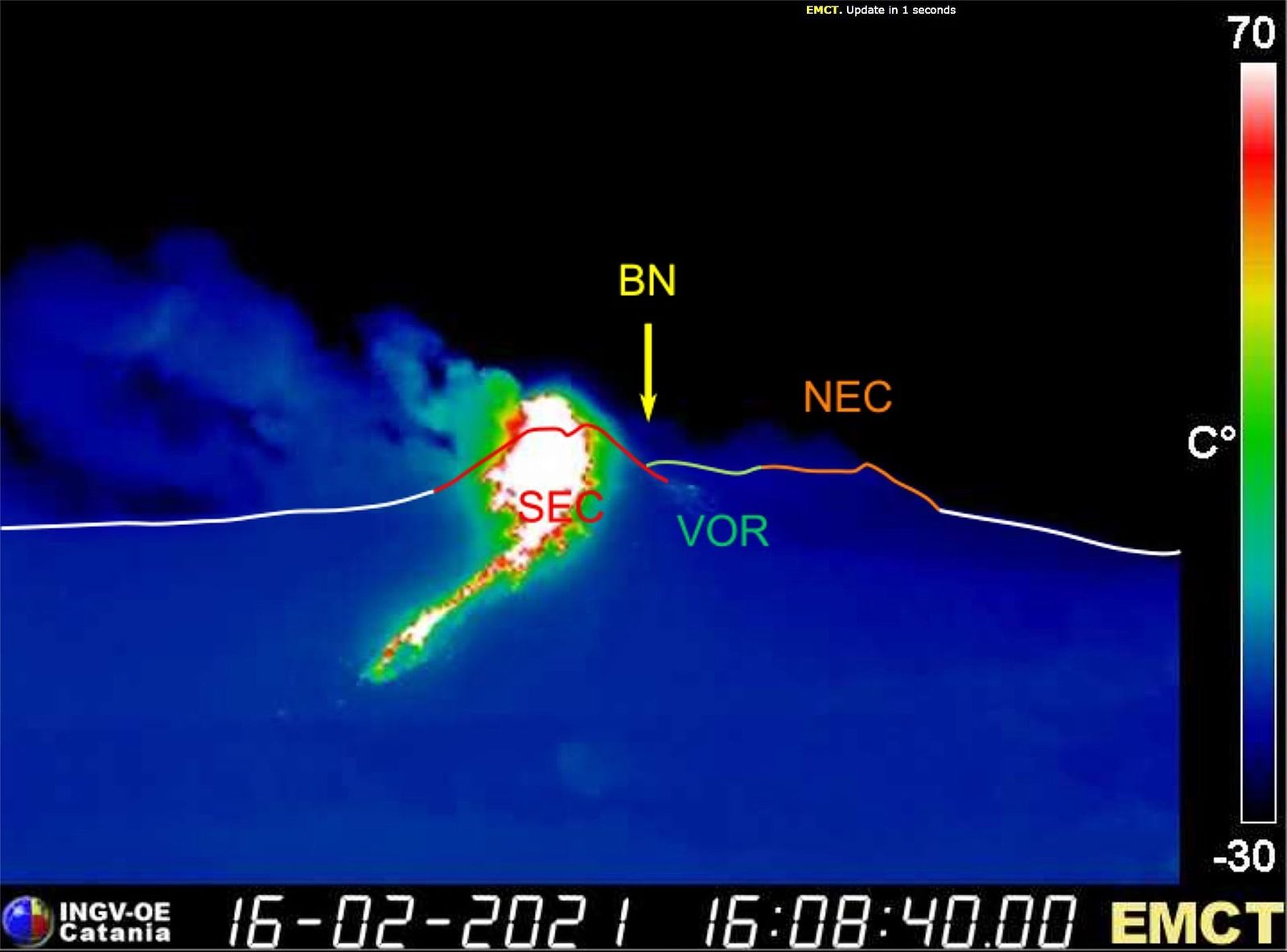 From 4:10 p.m., the explosive activity at the Southeast crater increased further, evolving into lava fountaining activity, with the formation of an ash cloud which disperses to the south.

From a seismic point of view, the average amplitude of the volcanic tremor over the last few hours has remained at high values, increasing from 4:00 p.m. UTC.

The source of the quake remains confined under the SE crater in the depth range of 2,900 to 3,000 meters above sea level.

The increase in the tremor is accompanied by violent infrasound activity with high amplitude signals. 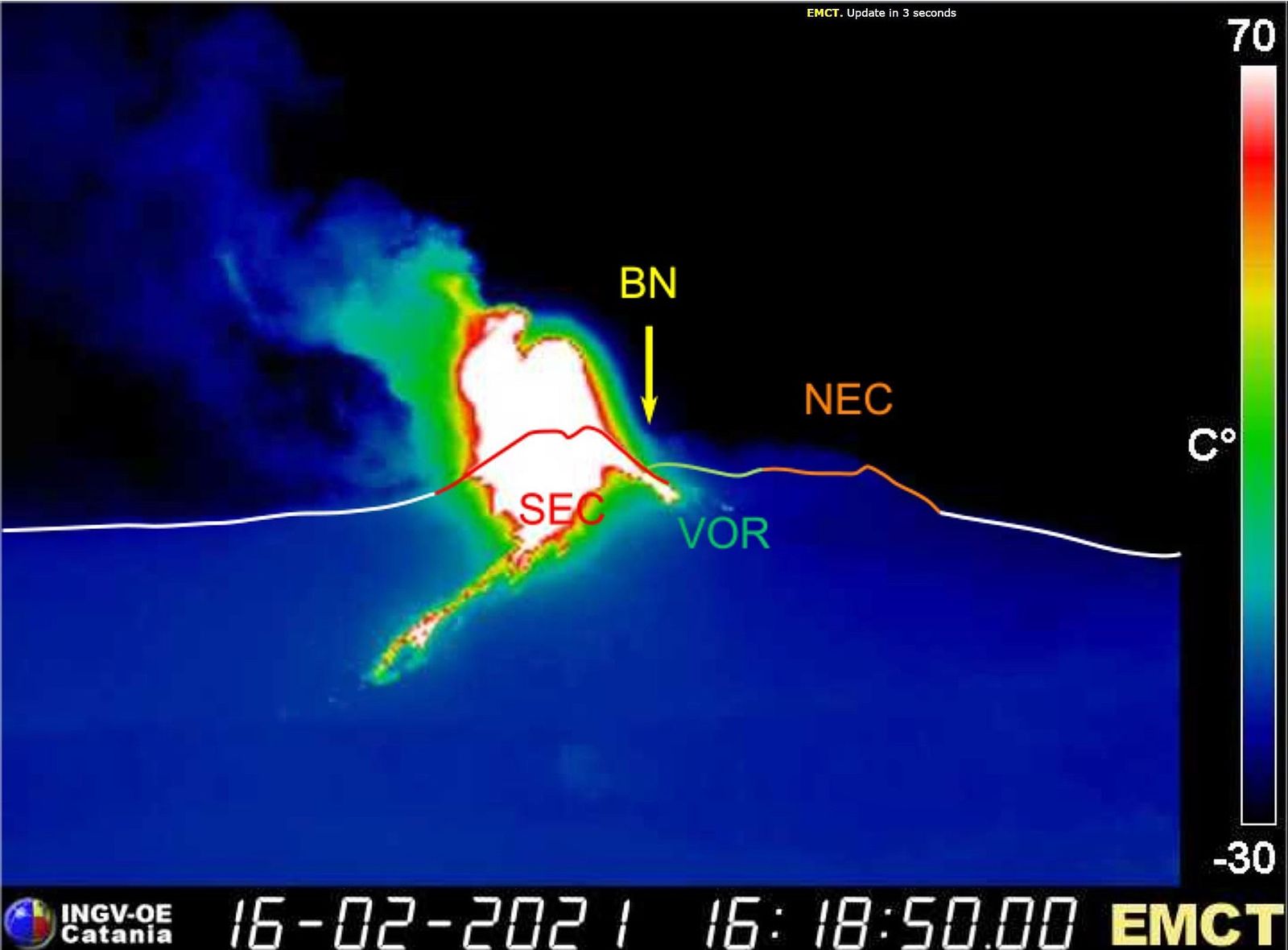