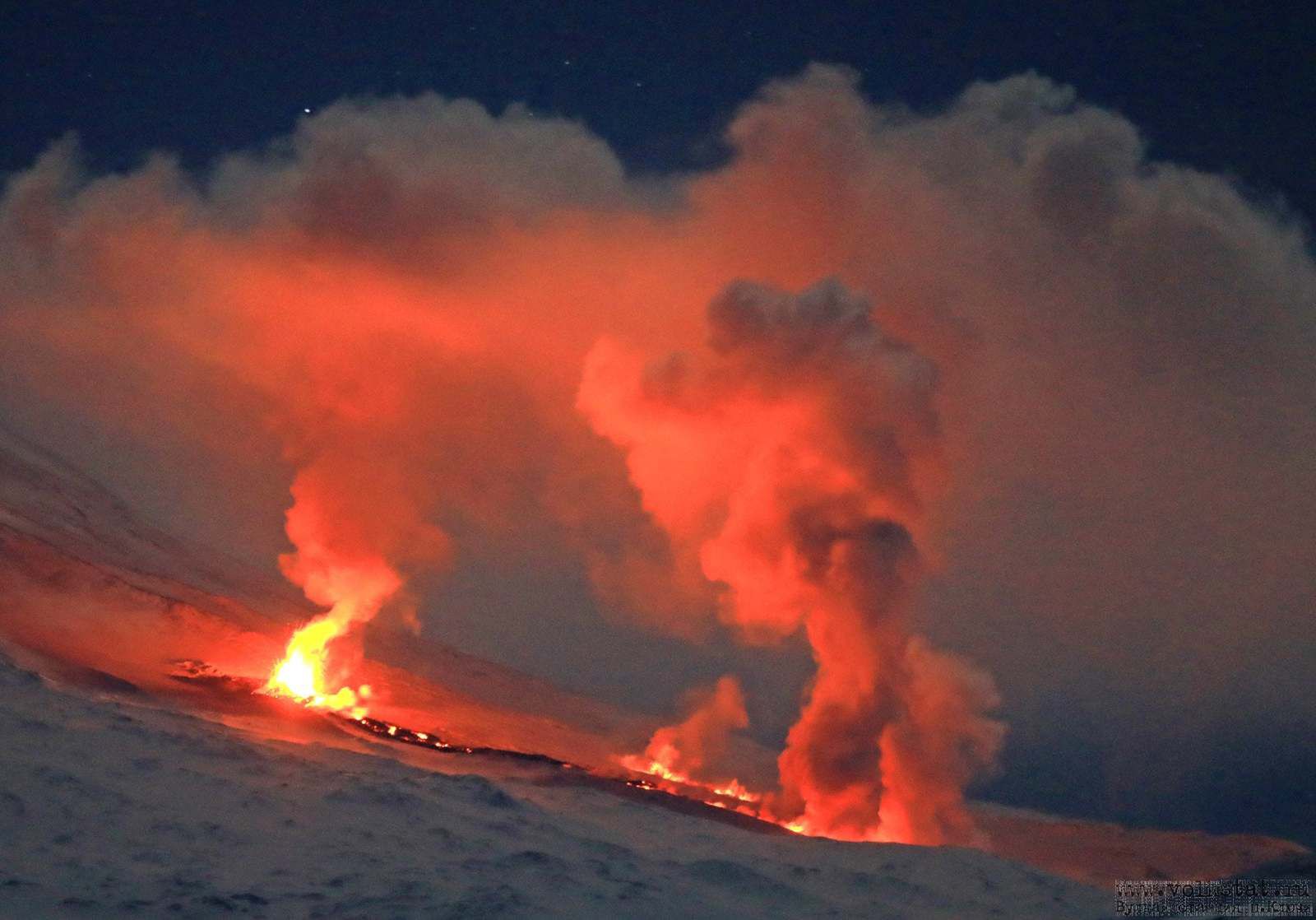 A mudslide along the Krutenkaya River was noted on February 23 for about 7 km from the village of Klyuchi. KVERT continues to monitor the Klyuchevskoy volcano.

The aviation code has changed from yellow to orange.

IGPeru informs us that between February 15 and 21 the activity of Sabancaya remained at a moderate level, with an average of 71 explosions per day and the observation of ash plumes up to 3; 200 meters above the summit.

During this period, 1,984 earthquakes of volcanic origin associated with the circulation of magmatic fluids were recorded, VT earthquakes linked to the fracturing of rocks, of magnitude between 2.2 and 3.5, occurred in the north- west and west of the volcano.

The deformation does not present any significant anomalies; despite a slight inflation of the northern sector (Hualca Hualca volcano).

Ten thermal anomalies were identified, with VRP between 1 and 52 MW, linked to the presence of the lava dome.

The volcanic alert level remains orange, along with the inaccessible area of ​​12 km radius. A volcanic ash cloud eruption occurred in Raung on February 23 at 10:10 UTC (5:10 p.m. local time). The eruption and ash emission continues. The best estimate of the ash cloud top is around 4032m. above sea level which may be higher than what can be seen clearly. Source of altitude data: ground observer. The ash cloud is moving northeast.

Another volcanic ash cloud eruption was observed at 10:45 p.m. UTC (5:45 a.m. local time) on February 23. The eruption and ash emission continued on February 24. The best estimate of the ash cloud top is around 4,332m. above sea level. The ash cloud is moving east-south-east.

The Raung remains at level 2 / waspada During the last 24 hours, thanks to the monitoring systems of the Popocatépetl volcano, 25 exhalations accompanied by emissions of water vapor, volcanic gases and small amounts of ash have been identified.

The Cenapred recorded 532 minutes of trembling.
During the night, a slight incandescence could be observed above the crater.
Since the morning of February 23, a constant light emission of water vapor and volcanic gases has been observed, which disperse towards the west.