Third paroxysm at Etna in 3 days, and activity of White island.

The National Institute of Geophysics and Volcanology, Etna Observatory communicates that a new lava overflow from the southeast crater has been observed, starting just before 07:55 UTC on February 19, 2021. The lava flow descends the east side of the cone, in the direction of the Valle del Bove.

The amplitude of the tremor is increasing, and returns to the high value zone. The observatory mentions a rapid increase in Strombolian activity from the same crater and in the feeding of a lava flow. In its 09:20 UTC report, the INGV mentions an intense lava fountain at the southeast crater, which produces an eruptive cloud that disperses into the atmosphere at an altitude of about 6.000 m in the southeast direction. The lava flow that propagates in the direction of the Valle del Bove continues to be fed and the front reaches an altitude of about 2.700 m. asl. All seismic parameters remain at high values.

The distortion data from the GPS network did not record any significant variations, limited variations (0.1 - 1 microradians) of the clinometric network were recorded. The eruptive cloud produced by the lava fountain pushed by the wind to the east south-east causes the fall of ash and lapilli on the colonies of this sector of the volcano. The lava flow which propagates in the Bove valley remains at an altitude of about 2700 m above sea level. All seismic parameters remain at high values.

From around 9:30 a.m. UTC, the average amplitude of the volcanic tremor and infrasound activity decrease and return to levels comparable to those which preceded the activity of the lava fountain.

Around 09:50 UTC, the lava fountain is exhausted, and the lava flows that have spread in the Valle del Bove, are no longer supplied and are maintained at an altitude of around 2600 meters asl. The eruptive cloud, produced by the explosive activity, dispersed in an east-southeast direction at an altitude of about 10,000 m asl, causing ash and lapilli to fall over the inhabited areas on the east side of the volcano. Several lava flows were emitted, mainly towards the east and the northeast, as during the paroxysmal episodes of February 16 and 18, 2021, in the direction of the Valle del Bove.

Another lava overflow occurred from the vent on the southern flank of the southeast crater cone (also known as `` Bocca della Sella ''), where, at the top of the paroxysm, Lava fountains were produced along with those produced by the eastern vents. This lava flow extended south towards the region of Torre del Filosofo and southwest for 1.5-2 km.

Throughout the activity of the lava fountain, the explosive activity inside the other summit craters continued unchanged. 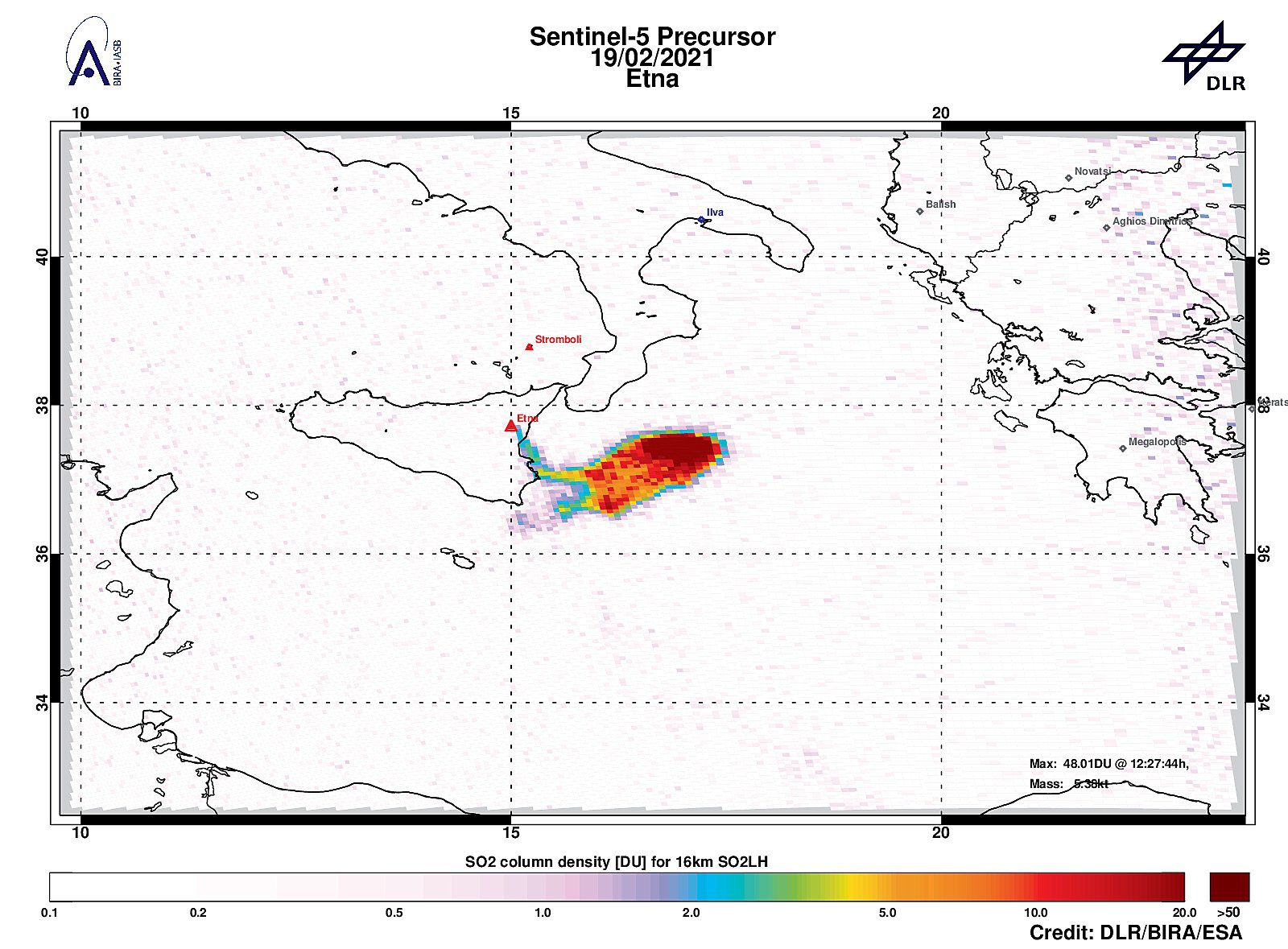 Note: the results of laboratory analyzes of the erruptuous products during the lava fountains of February 16 and 18, 2021 indicate that the composition of the magma emitted from December 2020 to February 2021 is among the most primitive of the paroxysmal activity produced by the crater. South East. These findings, observed in the activity cycle of this crater since 2019, indicate that the composition of the magma has become progressively more primitive, suggesting that a deep magma recharge process is underway. As of 2:20 a.m. on February 19), seismic and acoustic (atmospheric pressure) sensors at Whakaari / White Island detected a series of small steam explosions.

No observations were available from the island's webcams as it was still dark.

The overall series of pulses lasted about 100 minutes and were similar in size to those recorded on December 29, 2020.

Small, sudden steam explosions can occur with little or no warning. Small explosions such as those of 19.02.2021 and 29 December 2020 can be recorded on our seismic (ground vibrations) and acoustic (pressure wave in the atmosphere) monitoring network.

A gas measurement flight was conducted on February 18 and showed no change in gas flow or crater conditions measured a month earlier. The seismic tremor level was slightly above the background level during the two days preceding the blasts, but has since returned to background levels. As a result, the volcanic alert level remains at 1 and the aviation color code remains green.