Activity of Etna, Pacaya and Sabancaya. 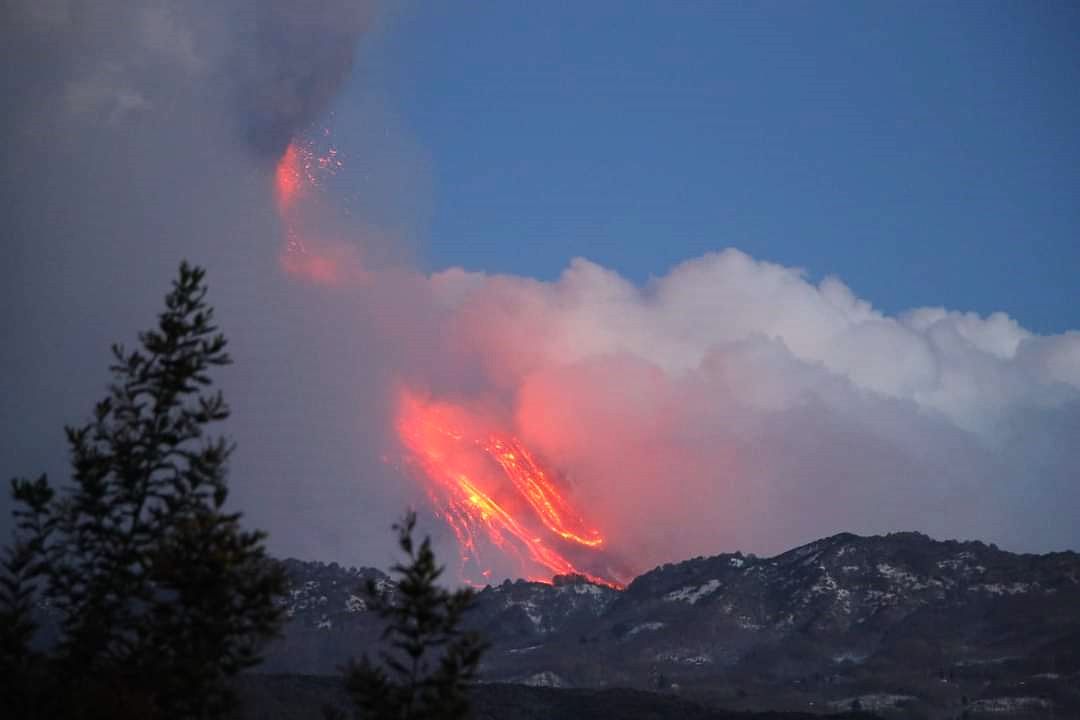 From 00:55 UTC, there is an increase in Strombolian activity at the Etna CSE. On the way to the 14th climax since February 16!
The level of tremor increases rapidly to reach high values. The source of the tremor is located southeast of the SE crater at a level of approximately 2,800 meters above sea level.

Strombolian activity from the southeast crater shifted to a lava fountain from around 02 a.m.  UTC. Due to the cloud cover, it is not possible to continuously observe the activity in progress.

From surveillance cameras from 02:25 UTC, an overflow of lava from the southeast crater towards Valle del Bove is observed. 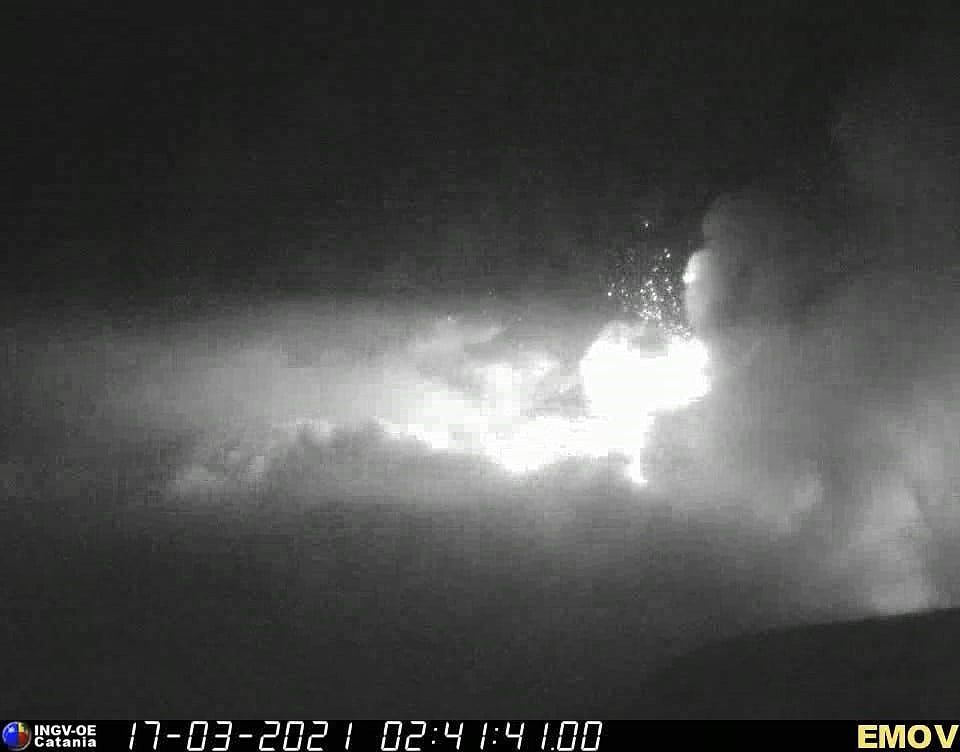 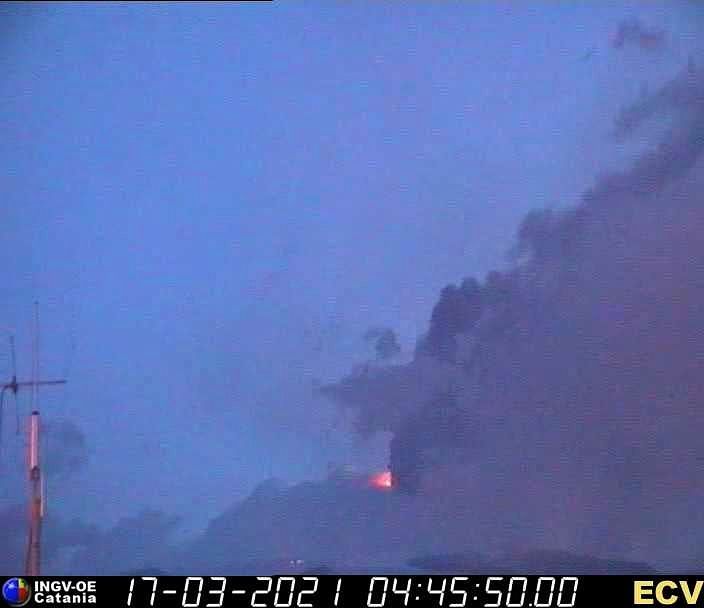 At around 6 a.m., the INGV reported that the amplitude of the tremor was clearly decreasing and at average levels. The sources are located south-east of the SE crater at a depth of about 2000 m above sea level. The infrasonic signal does not detect volcanic activity. The lava fountain activity at the South Crater ends after 6 a.m. The activity of the Pacaya knows more impulses compared to the previous days, with explosions, accompanied by eruptive columns reaching 3,500-4,000 m. asl. and generating  tephras of 2 cm. in length and ash in a west and northwest direction over 30-45 km., and the municipalities of El Patrocinio, San José El Rodeo, Concepcion el Cedro, and fine ash on Amatitlan.

Cloudiness limited visibility on the volcano, but thanks to images from the Goes-16 satellite the fallout map could be established.

Blocks avalanches descend from the upper part of the cone over a distance of 1,300 meters. 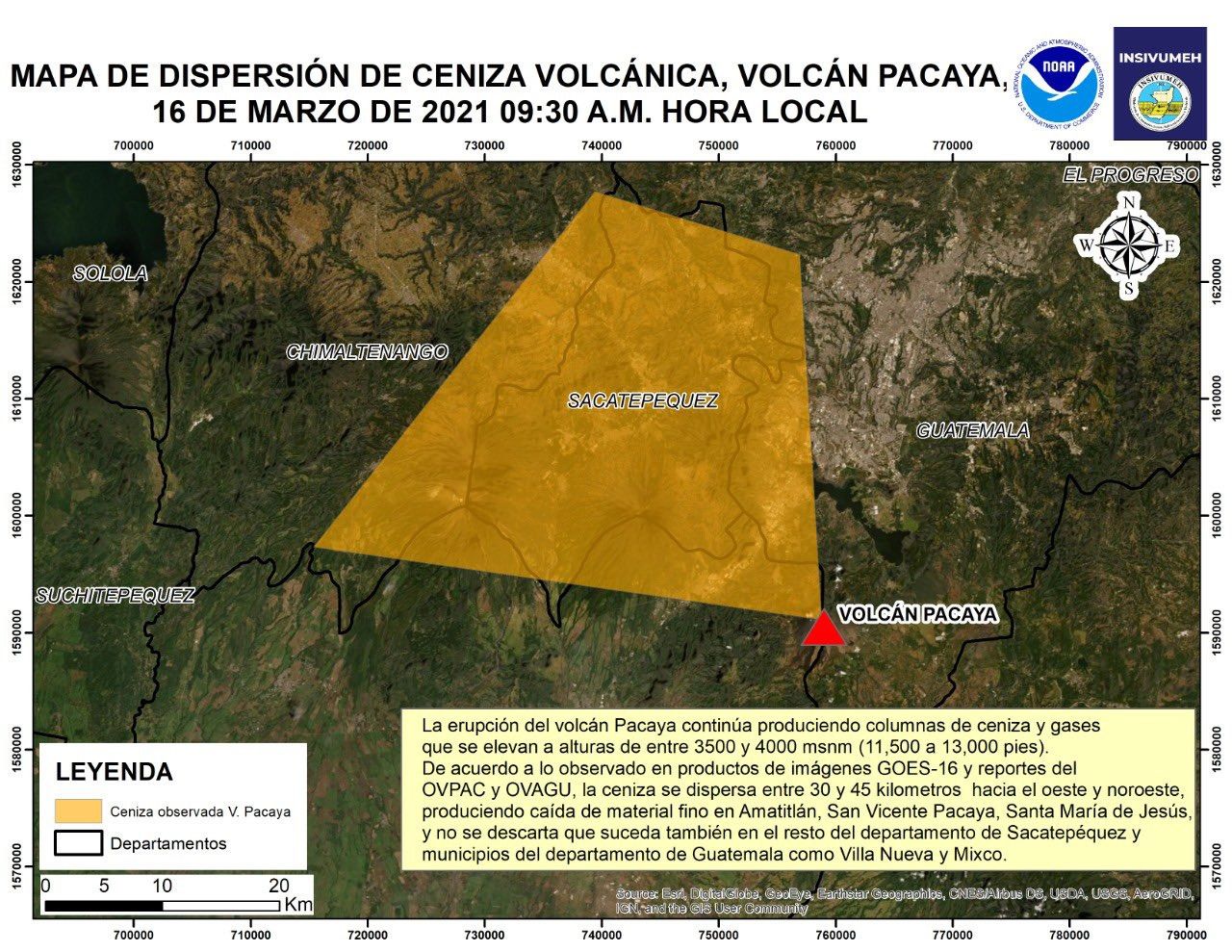 Between March 8 and 14, the eruptive activity of the Sabancaya volcano remained at moderate levels, with the recording of an average of 88 daily explosions, accompanied by plumes of ash and gas up to 2.5 km altitude above the summit of the volcano and their subsequent dispersion.

The IGP recorded and analyzed the occurrence of 1980 earthquakes of volcanic origin, associated with the circulation of magmatic fluids within the volcano. During this period, Volcano-Tectonic (VT) earthquakes, associated with rock fractures, were located mainly in the Northwest and West of Sabancaya and presented magnitudes between M2.4 and M3.6.

The monitoring of the deformation of the volcanic structure using GNSS techniques (processed with fast orbits) does not show any significant anomalies. However, an inflation process was observed in the northern sector (Hualca Hualca volcano)

Nine thermal anomalies (maximum value of 57 MW) associated with the presence of a lava body on the surface of the volcano's crater.

The volcanic alert remains orange, with an inaccessible area of ​​12 km. radius.