Activity of Fagradalsfjall, Pacaya and Cleveland.

In the Reykjanes Peninsula, the Fagradalsfjall / Geldingadalur eruption showed a change on March 20 in the past four hours. At least 4 spatter cones are observed. The eruption is of low intensity but there is still a lot of magma in the crust. Reykjanes -20.03.2021 - the eruptive site of Geldingadalur at the start of the day - photo Kristin Magnusson via mbls 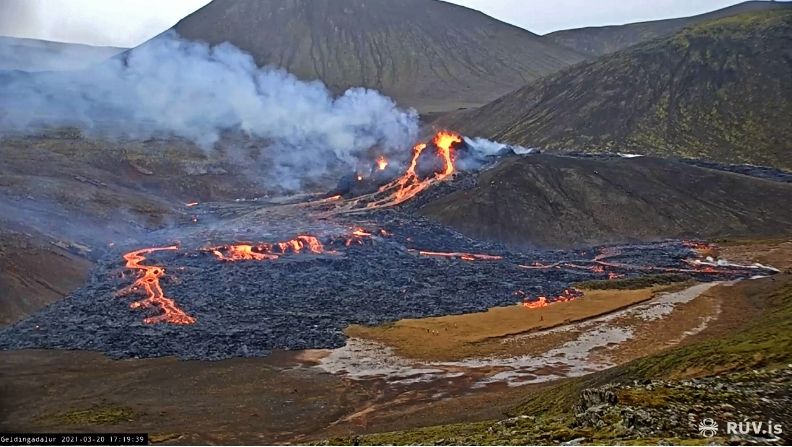 The Scientific Council for Civil Protection and Emergency Management held an internet meeting today to discuss the eruption of Geldingadalir. The treatment of the latest measurements and data, on which scientists from the Iceland Met Office, the University of Iceland and ÍSOR have worked, was reviewed.
Temporary results indicate that the eruption fissure was originally about 200 m. in length, the lava about 10 to 15 m thick where it is thickest, and its total volume has grown to about 0.4 M m3.
Given the current situation, the eruption is confined to a very small area in a dell and it is highly unlikely that a lava flow will cause damage. No volcanic ash is detected at the eruption sites and strong gas pollution due to the eruption is not expected in populated areas The Scientific Council warns against the following risks near eruption sites:
- New cracks may open near eruption sites without warning.
- Glowing lava may fall from the edge of the lava flow, and a rapid and sudden surge could occur when new tongues of lava cross the edge of the lava, which is difficult to avoid while running.
- The craters have now reached several meters high and can be unstable, they can break and a strong and sudden lava flow can take a new direction.
- Explosions can occur where lava flows over waterlogged ground and throws it in all directions.
- Lava flows through a closed valley and potentially lethal types of gas can build up in dells, which can be fatal. The danger intensifies when the wind decreases. Reykjanes -20.03.2021 - the lava flows in Geldingadalur at the start of the day and the archaeological site on the right - photo Kristin Magnusson via mbls

Lava threatened to engulf a pre-Christian cemetery, and a team of archaeologists came to save possible elements.

A magnitude 3.2 earthquake rocked the area about 3.6 kilometers northeast of Grindavík at an hour and a half last night, but it was the first magnitude three earthquake near the city ​​in a few days. Some had hoped that with an eruption the people of Grindvík would be free from all seismic activity, but this is not the case. The seismic activity does not disappear even in the event of an eruption, but it decreases; earthquakes can be expected as long as the lava is flowing. About 500 earthquakes were measured in Reykjanes on Saturday, but at worst at the start of the month they were in the thousands a day. In Pacaya, the level of activity remains high, with Strombolian activity at Mackeney crater, characterized by a plume of ash and gas at 3,500 - 4,500 meters asl. moving 30 km to the south and southwest, and the expulsion of ballistic material 100-400 meters above the crest.

At the effusive level, a new lava flow in a southwest direction measures 500 meters and the flow toward the southeast is maintained at a length of 850 meters; Both flows present boulder falls at the lava front, which cause fires in the vegetation. AVO changed the Cleveland aviation code, in the Aleutian volcanic arc, to yellow, and the volcanic alert to advisory on March 20, 2021 at 9.44 p.m. Z.

Satellites have detected an increase in volcanic gas emissions and high surface temperatures since March 2020. A local earthquake on March 10 was measured by seismometers 100 km away on Umnak Island, indicating a potential rise in l 'activity.

The last activity of the volcano dates back to June 2, 2020; its explosions are typical for the production of small clouds of volcanic ash, which dissipate within a few hours. 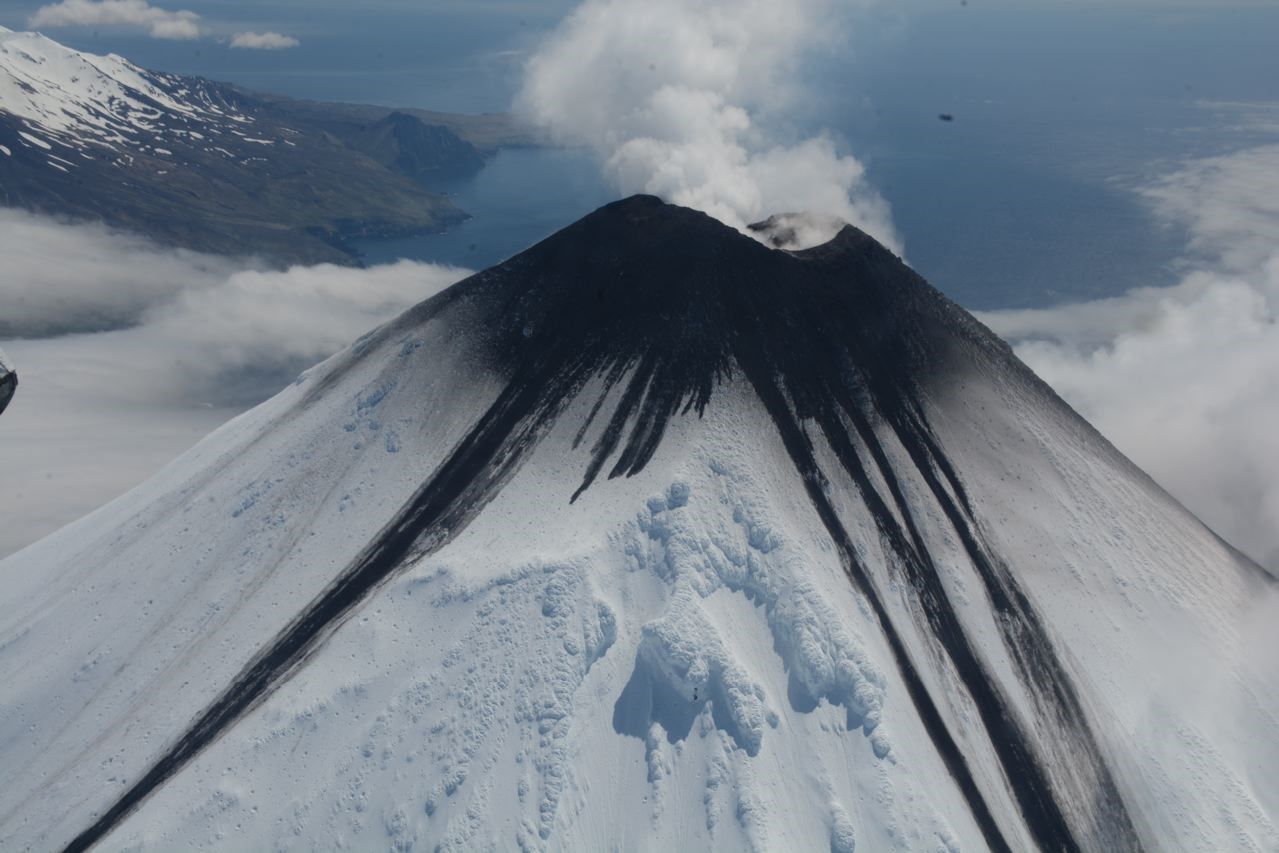