Activity of Popocatépetl, Etna and seismic swarms in the Reykjanes Peninsula During the last 24 hours, thanks to the monitoring systems of the Popocatépetl volcano, 82 exhalations and 234 minutes of tremor have been identified, accompanied by emissions of water vapor, volcanic gases and small amounts of ash.
Since March 6 in the morning, we observe an intermittent emission of volcanic gases and sometimes ash, which disperse in an east-south-east direction.

As part of the monitoring of the Popocatépetl volcano, expert staff from the Institute of Geophysics of the National Autonomous University of Mexico (UNAM) and the National Center for Disaster Reduction (CENAPRED), carried out an overview, with the support of the National Guard, yesterday March 5, 2021.

It has been observed that the inner crater maintains a diameter of 360-390 meters and an approximate depth of 150-180 meters, which is covered with various fragmented materials (tephra). Likewise, it was confirmed that there was no lava dome inside the crater. At Etna, from around 1.00 UTC, a small lava flow is observed emitted by the effusive vent which opened on March 4, 2021 at the base of the SE crater. At the same time, the resumption of Strombolian activity at the level of the SE crater is also observed.

Strombolian activity continues confined to the craters of Voragine, Bocca Nuova and and NE.
Also from 1.00 UTC there is an increase in the volcanic tremor which at the moment is on medium-high values. The source of the tremor is located near the SE crater. Infrasound events are few in number and low in energy.

From 01:30 UTC there is a further rapid increase in the amplitude of the volcanic tremor which is currently at high values. The source of the tremor is located near the SE crater. A lava overflow from the eastern slope of the SEC is observed from approximately 03:50 UTC. The lava flow produced by the effusive vent at the base of the CSE is still fed and its front reached an altitude of about 2800 m above sea level.

From 4:20 UTC there is a further rapid increase in the amplitude of the volcanic tremor which is currently at high values. The source of the tremor is located near the SE crater.

From around 06:00 UTC, the Strombolian activity at the SE crater (SEC) passed through a lava fountain and from 06:20 UTC, it formed an eruptive column which has now exceeded the height of 10,000 m above sea level. . dispersing eastward. As for the lava flows, which develop in the Valle del Bove, due to the cloud cover, it is not possible to make observations to estimate the share of the fronts.
The volcanic tremor of the last half hour reached a very high average amplitude and is constantly located near the SE crater
The number and energy of infrasound events are high and their locations are in the crater of the SEC.

From around 07:20 UTC, the SE Crater lava fountain ceased. The ICE-SAR rescue teams took advantage of the good weather this Saturday, March 6 to install a new VHF repeater at the top of the mountain in order to obtain better radio coverage in the area affected by the seismic swarm and a potential eruption on the Reykjanes Peninsula. 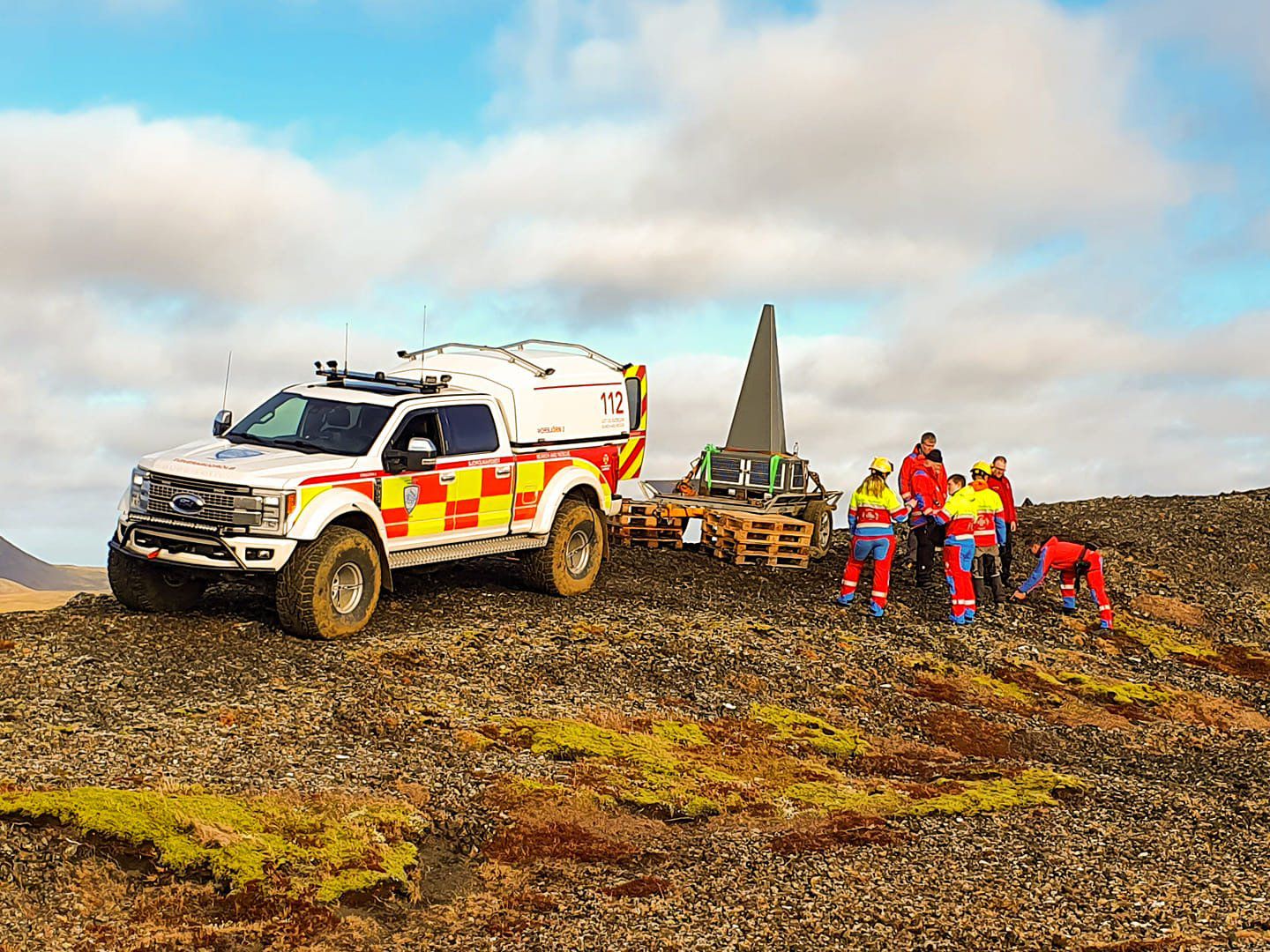 Just after midnight at 12:22 am on March 07, 2021, a tremor was detected which lasted 20 minutes. This tremor was similar to that measured on March 3, which had lasted several hours.

Following these events the seismicity intensified with earthquakes of more than 4. The biggest earthquake of the night was M5 at 2:02 am about 3 km west of Fagradalsfjall. As of midnight, more than 30 earthquakes on M3 have been located and 5 larger than M4.
More than 22,000 earthquakes have been detected in the region since the start of the activity.