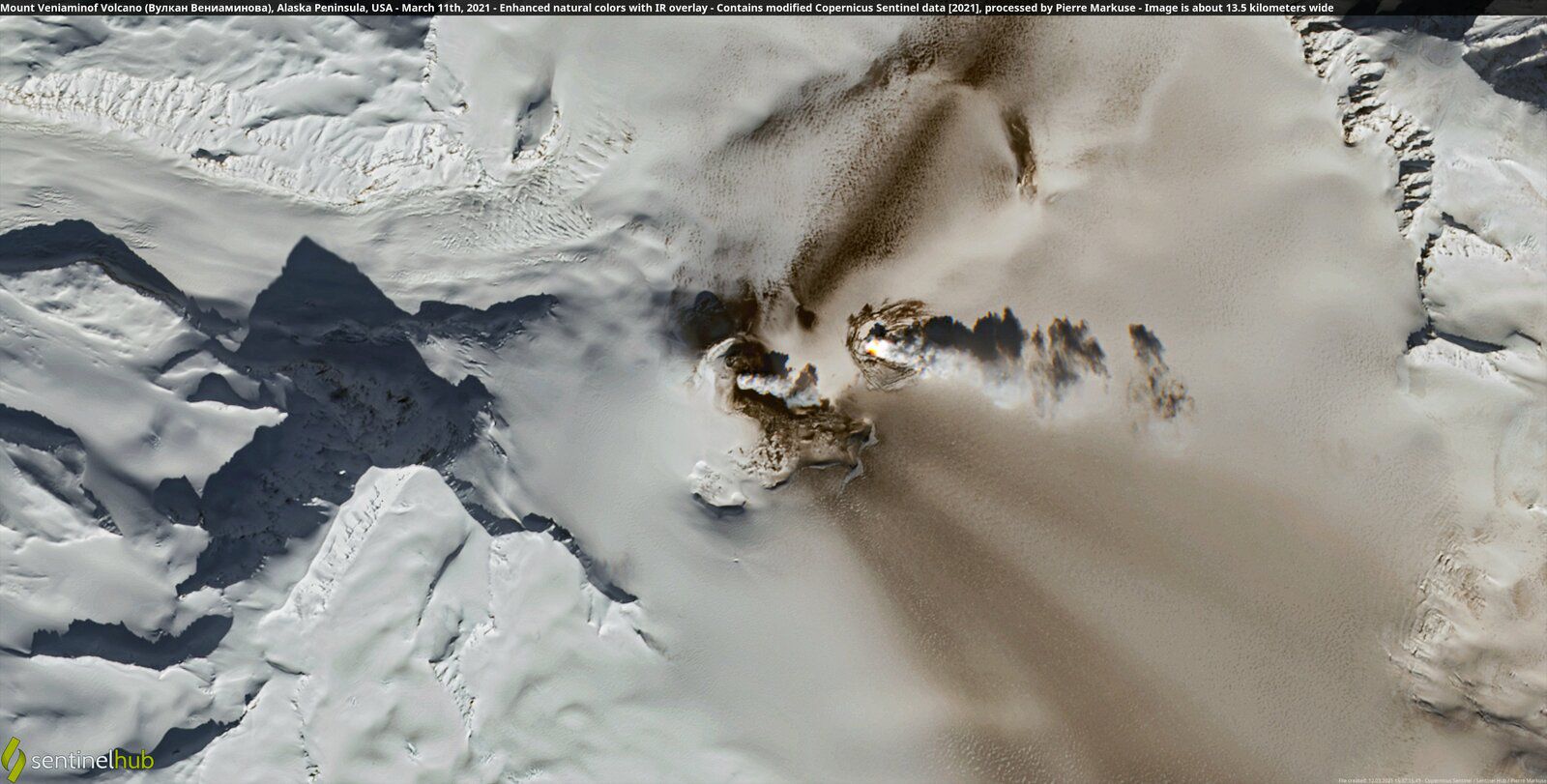 Strongly elevated surface temperatures and a vapor plume were also observed from the lava eruption in the intracaldera glacier at a vent ~ 1 km (0.6 miles) east of the top of the cone.

Low-level volcanic ash plumes were observed at about 7,000 to 10,000 ft asl extending up to 200 km (124 miles) downwind, leaving traces of ash deposits within 20 km (12 , 4 miles) from the vent to the northeast and southeast. Explosions corresponding to this activity have been detected on regional geophysical networks over the past week. Explosive activity has decreased over the past two days, with only minor ash emissions observed near the vent and no activity was detected in regional geophysical data. 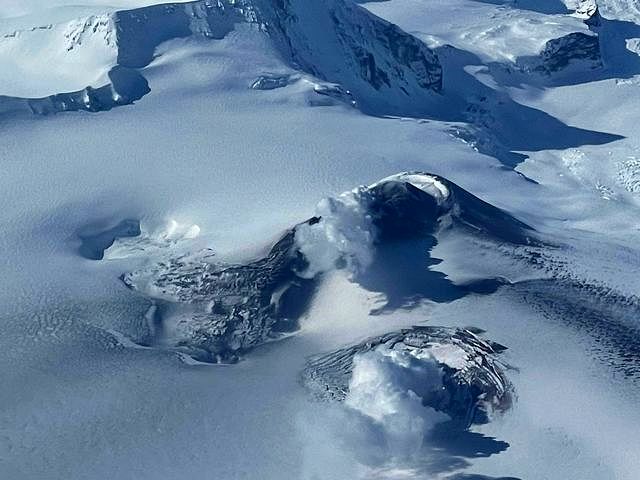 During the last 24 hours, the Taal volcano network has recorded fifty-five (55) volcanic earthquakes, including forty-nine (49) episodes of volcanic tremor lasting one (1) to two minutes and half (2.5).

At 2:11 p.m. on March 12, a short-lived white plume 400 to 500 meters high was generated by a vapor-rich gas explosion from the main crater that lasted 2.5 minutes based on the seismic records. Activity in the main crater for the remainder of the day consisted of weak emission of steam-laden plumes that rose 50 meters high from active fumaroles on the north and east walls.

Sulfur dioxide (SO2) emissions yesterday, March 12, 2021, were on average 582 tonnes / day before the gas burst. Elevated temperatures of 71.8 ° C and a pH of 1.59 were last measured from Main Crater Lake on March 4 and February 12, 2021, respectively. The soil deformation parameters from the tilt electronic, continuous analysis of GPS and InSAR data have indicated very slow and steady inflation and expansion of the Taal region since the January 2020 eruption. These parameters may indicate increased magmatic activity at shallow depths below the sea. 'building.

Alert level 2 (increased unrest) is maintained on the Taal volcano. The danger of ash explosion up to 5-6 km (16,400-19,700 ft) a.s.l. flank crater and lava flow front (phreatic explosions in contact between the flow and the Erman glacier) remain.

The flank eruption on the northwest slope of the volcano at an altitude of 2800 m above sea level. with the strombolian activity of the cinder cone, and the effusion of lava flow, continues.

According to satellite data, a large bright thermal anomaly was observed all week in the area of ​​the flank eruption; a plume of resuspended ash from the eastern flank of the volcano extended 375 km east of the volcano on March 05. Between March 5 and 7, a small lava pond developed near the northwest vent of the Halema'uma'u lava lake of Kilauea. At around 1 p.m. on March 7, the levee of this pond collapsed, favoring the drainage of lava into the main lake.

The outflow from the main section of the west vent continues through a crusted channel and a submerged entrance to the lake.

The northeast section of the west vent, just a few feet away, has been feeding another lava flow near the lake since March 5, and persisting to this day.

The depth measurements of the lake by laser range finder indicate 221 meters.

The flow of sulfur dioxide measured on March 7 is 800 tonnes / day high compared to the flow of the least preceding the eruption started on December 20, 2020.

The seismicity remains stable, with a high tremor, comparable to that observed before the eruption. 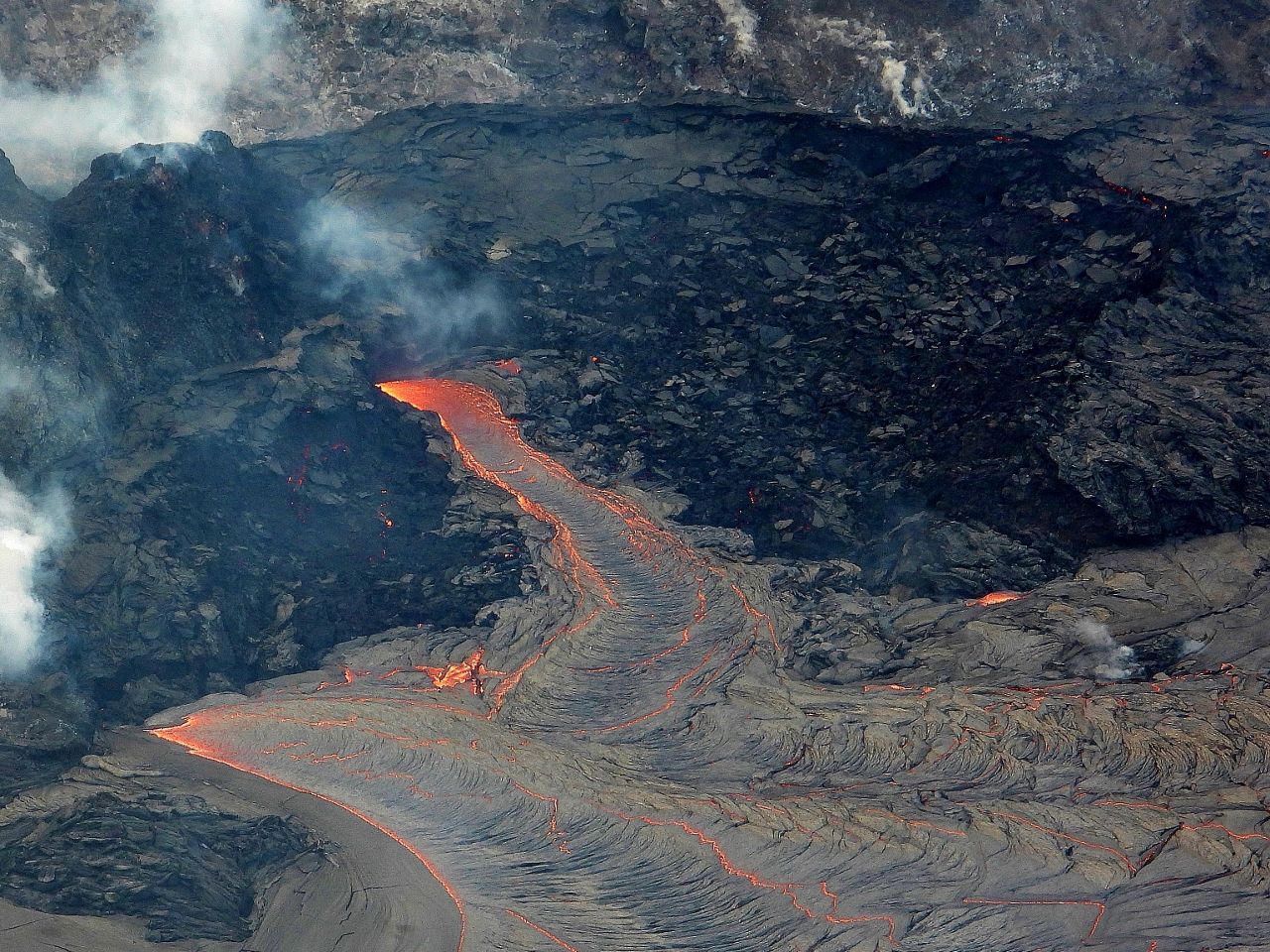 Kilauea - Halema'uma'u Lava Lake - A new lava torrent was active north of the normal lava torrent entering the lake. This new lava stream was perched above the surface of the lake and fed a narrow channel entering the lake. The new creek was located in a collapse scar resulting from the collapse of a small lava pond just hours before this photo was taken on March 7, 2021. USGS photo by Mr. Patrick.