News from Soufrière, Véniaminof and Pinatubo. Satellite observations from March 1 confirmed that the new dome of the Soufrière in St. Vincent continues to grow slowly.

The new seismic station built at the Bamboo Range National Parks Interpretive Center on the east side of the volcano is operational. Data streaming from it to the Seismic Research Center (SRC) began on March 1, 2021.
A new Global Positioning System (GPS) continuous monitoring station has been installed on the recently constructed monument in Fancy.
Work continued at the Belmont Observatory on the installation of the seismic data acquisition system.
Additional measurements of carbon dioxide in the soil along the lower sides of the volcano have been completed. 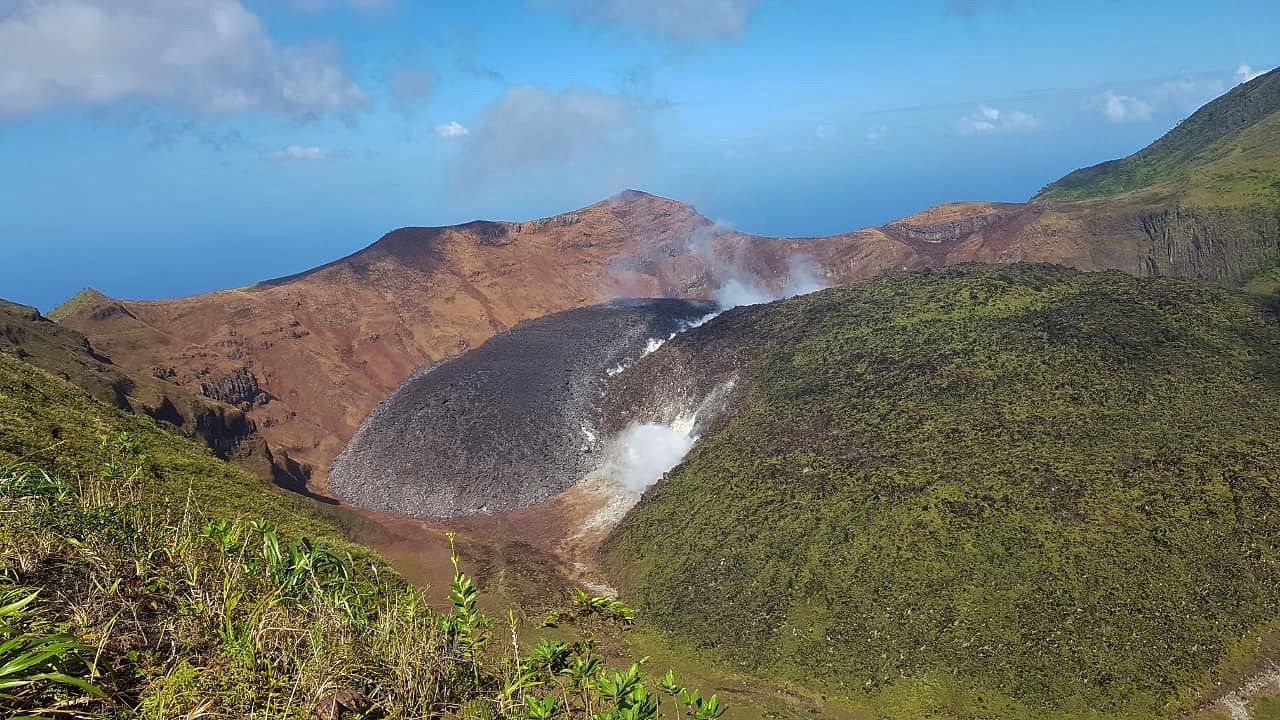 As a result, AVO increases the Aviation Color Code to ORANGE and the Volcano Alert Level to WATCH on Veniaminof Volcano. Local seismic data remains offline due to a failure of a satellite link at Port Heiden. However, the Alaska Volcano Observatory continues to monitor Veniaminof with satellite and webcam data and remote infrasound, seismic and lightning networks.

Eruptive activity usually consists of minor ash emissions, lava fountains and lava flows from the small cone in the summit caldera. Ash emissions are usually confined to the summit crater, but larger events can lead to ash falls in nearby communities and airborne ash. Since January 20, 2021, the Pinatubo Volcanoes Network (PVN) has detected a total of 1,722 imperceptible earthquakes under the Pinatubo volcano.

The first group of earthquakes from January 20 to 26, 2021, occurred along the Sacobia lineament at depths of 15 to 28 kilometers and ranged between ML1.0 and ML2.5 in magnitudes.

All recorded earthquakes are associated with rock fracturing processes. Measurements made at Pinatubo Crater Lake in February 2021 yielded a total CO2 flux of 378 tonnes / day, which is still within the bottom range of 1000 tonnes / day recorded over the past decade. Slight increases in the temperatures of the fumaroles or monitored gas vents have been recorded, but other characteristics such as acidity (pH) remain unchanged.

Nine volcanic earthquakes have been recorded in the past 24 hours.

Given the persistence of seismic activity, DOST-PHIVOLCS raises the status of the Pinatubo volcano from alert level 0 to alert level 1. This means that there are low-level disturbances that may be related to tectonic processes under the volcano and that no imminent eruption is expected.