Ninth climax in 15 days at Etna, activity of Pacaya, and update on a possible eruption in the Reykjanes Peninsula.

Ninth paroxysm in two weeks at Etna, ... from 00:20 UTC, a resumption of weak strombolian activity at the SEC is observed. A slight increase in the mean amplitude of the volcanic tremor is observed. Infrasound activity also shows an increase in the number of events. The locations of the tremors indicate a movement from the source to the SEC. From 01:00 UTC, there is an increase in strombolian activity at the SEC, accompanied by the emission of ash which rapidly disperses in the atmosphere towards the NE. At the same time, the Voragine crater also shows lively Strombolian activity with episodic explosions that rise above the level of the crater rim. 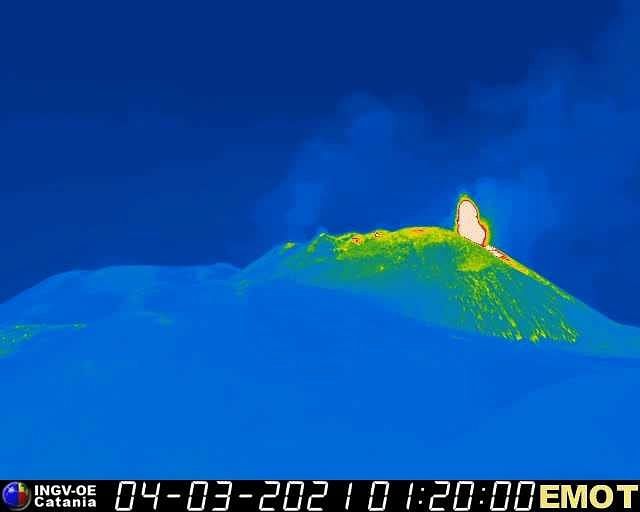 According to a now classic step pattern, the Strombolian activity at the SEC gradually increased and to pass at around 02:20 UTC to the stage of  lava fountain. At the same time, there is a further gradual increase in the amplitude of the volcanic tremor, the source of which is located in correspondence with the SEC at nearly 3000 m.

Then from 03:05 UTC, an overflow of lava can be observed from the SEC towards the Valle del Bove. From 02:50 UTC, there is a decrease in the amplitude of the tremor which is at an average level; from 3:15 a.m., there is also a decrease in infrasonic activity, both in the frequency of occurrence and in the amplitude of the signals. At 4:15 a.m., the strombolian activity at the SEC is also significantly reduced while the lava overflow towards the Valle del Bove remains active. The National Institute of Geophysics and Volcanology, Etna Observatory, announces that from around 06:00 UTC, the tremor has started to rise, returning to a high level, while intrasonic activity remains low. The small flow continues to be fed through an open mouth at the eastern base of the CSE which shows spattering activity. The activity also continues at the other summit craters. 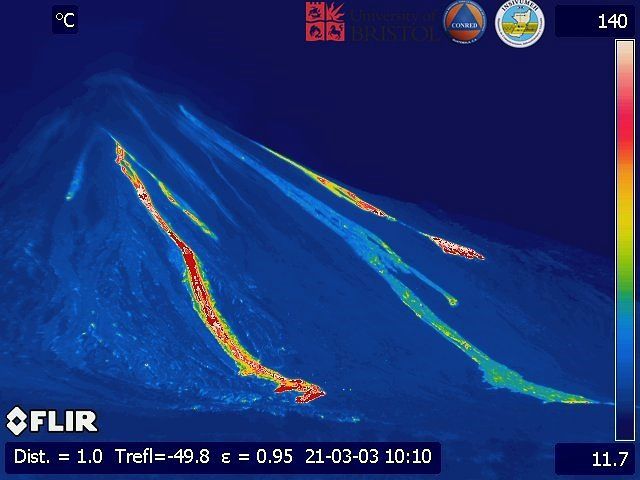 In Pacaya / Guatemala, the level of volcanic activity is increasing significantly.

The dispersion of the ashes is towards the west for more than 170 km. And impacts the communities of El Rodeo, Rl Patrocinio, Los Jazmines, el Cedro, San Francisco de Sales, Calderas y San vincente Pacaya.

The lava flow reaches 400 meters on the southern flank. In the Reykjanes Peninsula, a tremor pulse was detected at 2:20 p.m. on March 3, 2021, and was observed at most seismic stations in Iceland. The pulse is located near Litli-Hrutur, halfway between Keilir and Fagradalsfjall.

Similar signals have been observed leading to rashes, but no rash has been confirmed. IMO is working on a more in-depth analysis of the tremor drive. About 1,700 earthquakes have been detected since midnight. on March 3, the largest with a magnitude of 4.1 to. 2:12 am, but most of the earthquakes this afternoon are smaller, but the largest tonight at 8:17 pm was 3.8.

At 4:20 p.m., the measurements do not give clear indications on if and when the magma will reach the surface. Experts from the Meteorological Bureau are currently carrying out surveillance flights to see if silt depressions are forming in the area, indicating that the magma is very shallow.

As a precautionary measure for domestic and international air travel, the Reykjanes Peninsula volcanic aviation color code has been raised from yellow (high unrest) to orange (increased unrest). The orange alert represents the third highest level, with red reserved for an imminent or ongoing volcanic eruption. 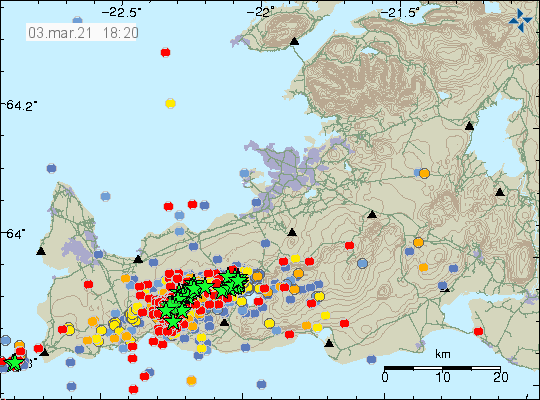 Reykjanes - The location of a potential eruption on the Reykjanes Peninsula is in an uninhabited area, but the SO2 emitted could cause problems in neighboring towns and villages - IMO Map

As the area is uninhabited, potential volcanic eruptions are unlikely to threaten the settlements; Kelir's area was cordoned off, however. On the other hand, if there is an eruption, sulfur dioxide could impact populations both on the Rekjanes Peninsula and in Reykjavik.