In Geldingadalur, the vents, Nor ðri and Su ðri, were bustling today, with a fairly stable flow of gas drifting east with consequent pollution.

The lava flow was stable, and the lava river appears to be elevated from the start of the week and is sustained at substantial levels.

Part of the northern scoria cone collapsed on April 2 around 5:45 p.m., changing the morphology of the eruptive site. Video by drone of the eruption of Geldingadalgos - video RT

Golden foamy pumice, of centimeter size, and carrying a quantity of peeled hair, were found at the edge of the flows.

Analyzes of lava samples show trace elements and isotopes which confirm that the magma fueling the eruption in Geldingadalur has a different composition from that which caused the historic eruptions in the Reykjanes Peninsula (Univ. Iceland) Sinabung activity is still on the rise on April 2, 2021. A thick white plume is observed on April 2 at 50-500 meters above the summit.

Eight eruptive episodes are reported during the day, with a loud "roar" audible as far as Kabanjahe and Berastagi. The last episode at 22:58 WIB was recorded with an amplitude of 60 mm for 4 minutes. The seismicity of April 2 is characterized by: 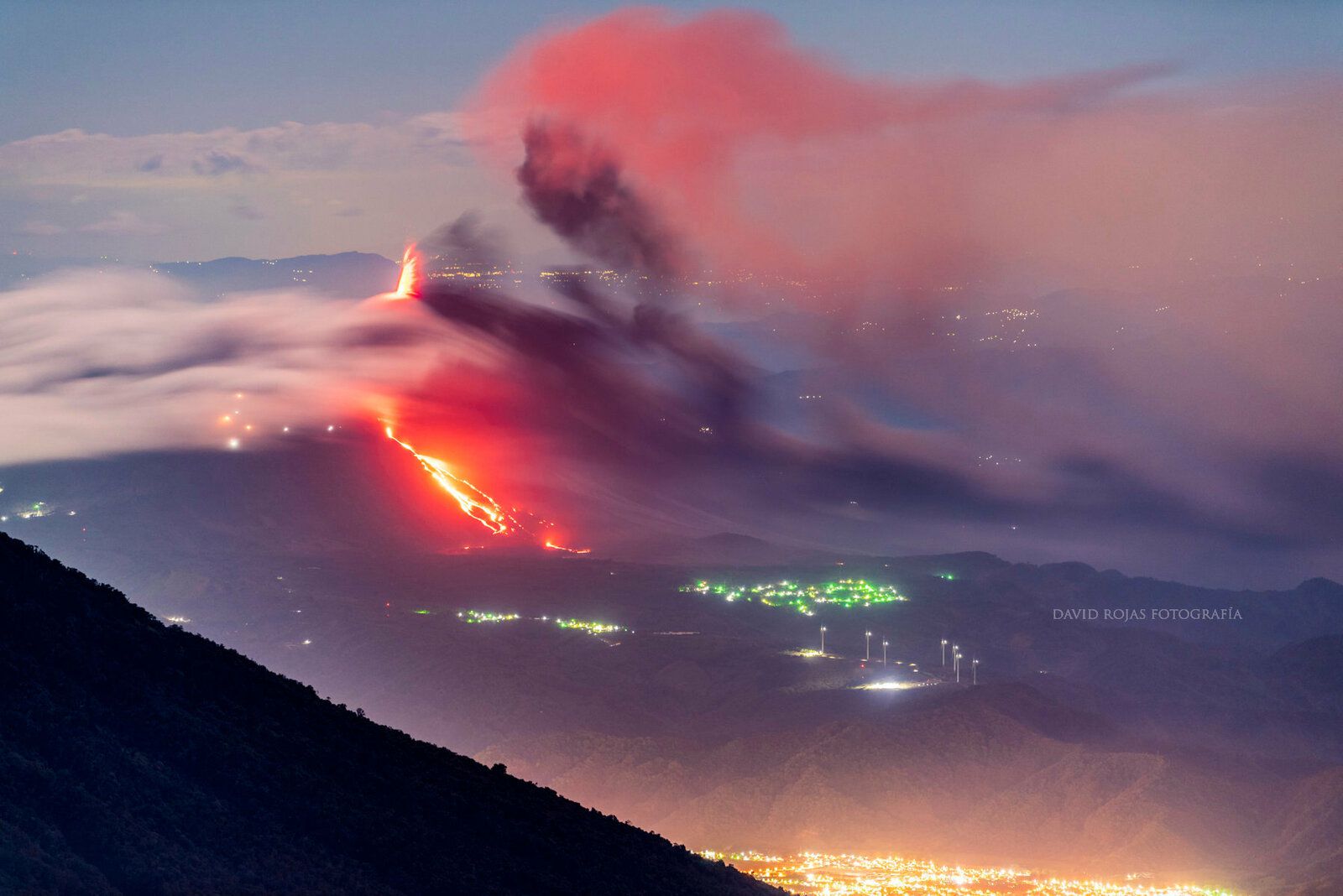 At the Pacaya, continuous explosions expel ballistic materials 100-150 m above the Mackenney crater, and are accompanied by plumes of ash which disperse towards a southern and southwestern sector.

On the southwest flank, the active lava flow from the fissure reaches about 3000 meters, and passes near el Patronicio, after being diverted by ancient hummocky deposits. Falls of incandescent blocks mark the flanks and the flow front and cause fires.

Other flows could mark the other sides of the volcano.

Tremor is still recorded, associated with the rise of magma and the movements of the lava flow. In the Philippine archipelago, the seismicity of Taal is increasing significantly.

DOST-PHIVOLCS reminds the public that at Alert Level 2, sudden steam or phreatic explosions, volcanic earthquakes, minor ash falls and fatal accumulations or expulsions of volcanic gas can occur and threaten areas in and around TVI. DOST-PHIVOLCS strongly recommends that entry be strictly prohibited into Taal Volcano Island, the Taal Permanent Danger Zone or PDZ, especially the surroundings of the main crater and Daang Kastila fissure, and the occupation and navigation on Lake Taal.