Sulfur dioxide flux measurements at La Soufrière were again undertaken along the west coast, giving an average SO2 flux of 460 tonnes per day. The presence of sulfur dioxide indicates that fresh magma is degassing from a deeper source ... the eruption continues, despite a pause in explosive activity.

The current pattern of seismic activity could indicate the growth of a lava dome ... to be confirmed! SO2 emissions from Soufriere, after crossing the Atlantic, reach India on 04/15/2021 - Sentinel 5P image - via Adam Platform

In Sinabung, on Sumatra, the eruption continues with this April 16 the observation of a plume of white gas 50 - 300 meters above the summit, interspersed with eruptive plumes. 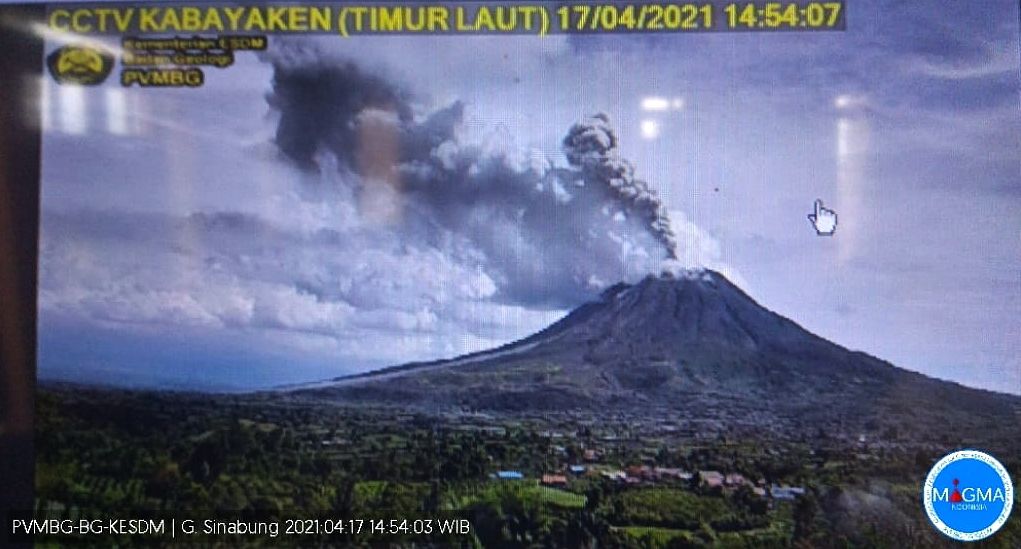 In Merapi, on the island of Java, Morphological analysis of the summit area, based on photos of the southeast sector, from April 14 to April 8, 2021, shows that the volume of the central dome is 1,681,000 m³.

Seismicity this week is relatively constant compared to last week.

The deformation of Mount Merapi which was monitored using EDM and GPS this week showed no significant changes. There was an eruptive episode at Mount Ili Lewotolok on Saturday April 17, 2021 at 06:35 WITA with the height of the ash column observed ± 1300 m above the peak (± 2723 m above sea level ). We observe that the ash column is gray with a thick intensity towards the west. This eruption was recorded on a seismograph with a maximum amplitude of 27 mm and a duration of 40 seconds.

The eruption that began on 04/09/2021 at 7 p.m. (appearance of the tremor) at Piton de La Fournaise continues. The intensity of the volcanic tremor (indicator of a surface lava emission) over the last 24 hours has remained relatively stable

An OVPF-IPGP mission carried out this morning with the assistance of the aerial section of the gendarmerie and the PGHM made it possible to save and recover a seismological station which was under the threat of a lava flow located about 300 m in upstream.

The flight over the eruptive site revealed:

- that the flow front located at the top of the Grandes Pentes is now frozen,

- the casting activity is now focused on the plateau downstream of the eruptive site, with the establishment of a lava tunnel regime showing numerous resurgences,

- the three eruptive cones are now fully enclosed laterally, only letting the lava escape through their top mouths and through tunnels. A merger between the two most downstream cones is taking place.

Pélé's hair was observed at Le Baril, in Saint-Philippe. 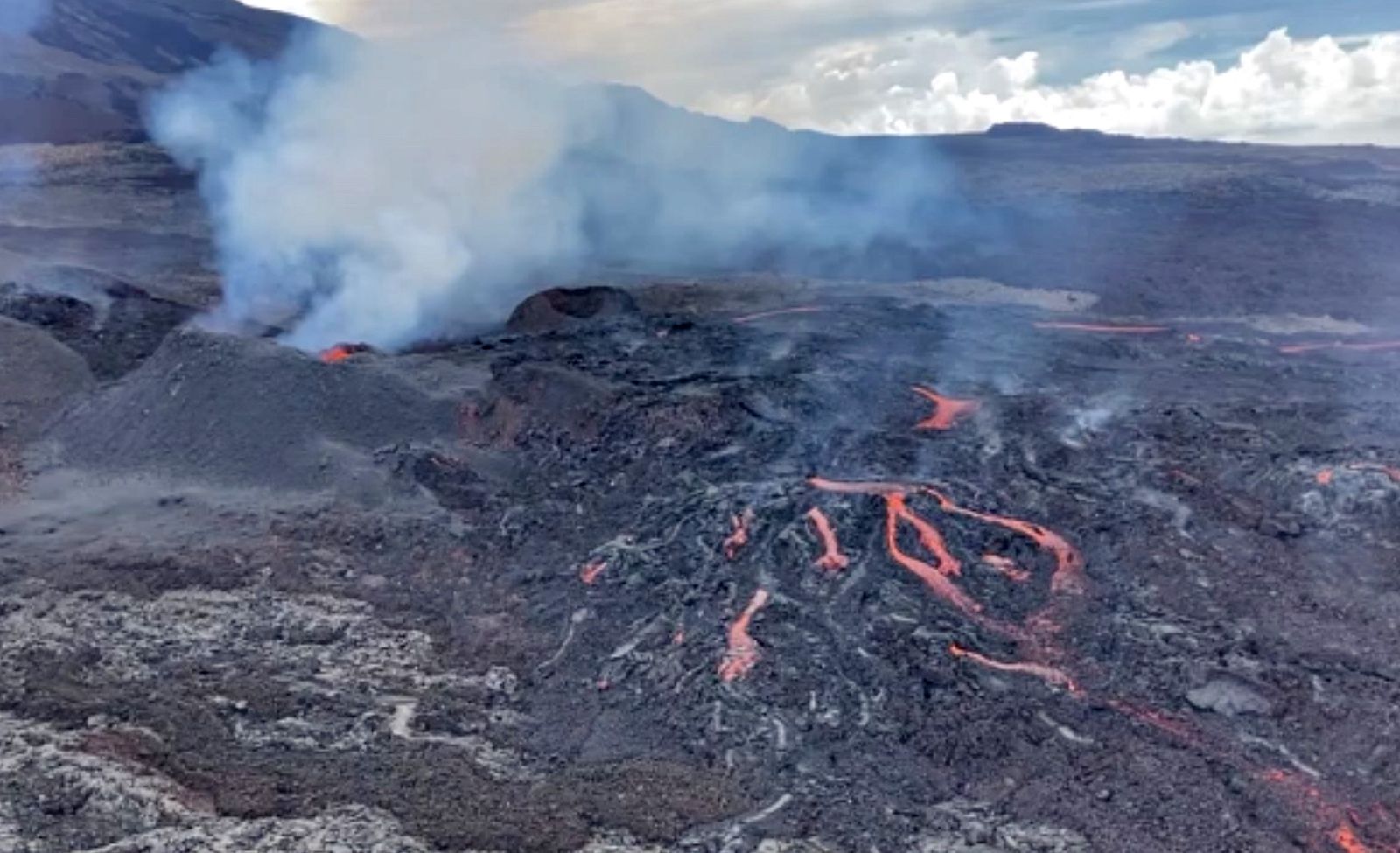 Piton de La Fournaise - photos of the OVPF during the flyby of 04.16.2021 (pity that the sharpness of the photos leaves something to be desired)

Over the last 24 hours, 17 superficial volcano-tectonic earthquakes (between sea level and the surface) have been recorded under the summit craters. The summit of the volcano still shows a weak deflation (deflation), of the order of one centimeter, in connection with the emptying of the superficial magmatic reservoir located under the Dolomieu crater at 1.5-2 km depth which currently feeds the site. eruptive. The CO2 fluxes in the soil are still increasing in the far field (Plaine des Cafres and Plaine des Palmistes) but decreasing in the near field (Gîte du volcano) since this morning. These parameters will be followed over the next few days because an increase in the far field suggests a new contribution of deep magma (mantle level).

The SO2 flows associated with the eruption and measured by the DOAS "NOVAC" network show a decrease since 04/13 which is confirmed for the day of 04/15 with an average value of 1,100 tonnes / day.