At 2:58 p.m .: a second explosion occurred, accompanied by a vertical plume of gas and ash about 4 km high.

It continues nourished by successive impulses. 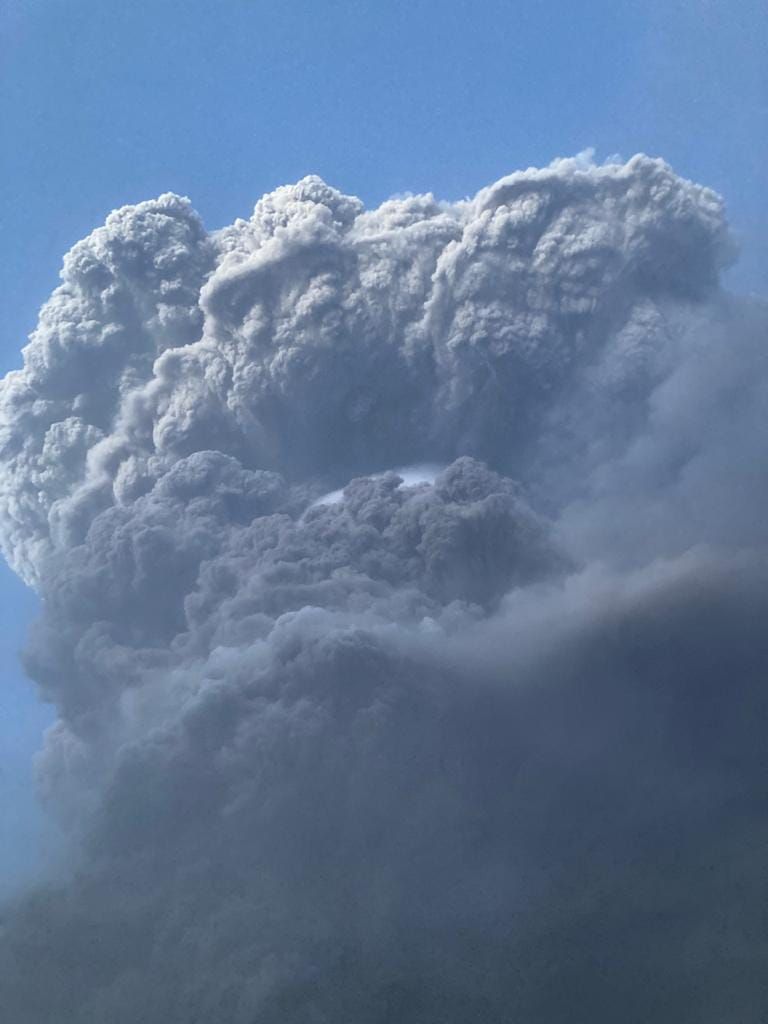 Since 2:57 p.m. local time (10:57 a.m. UTC), a seismic crisis has been recorded on the instruments of the Piton de la Fournaise Volcanological Observatory. This seismic crisis is accompanied by rapid deformation. This indicates that the magma is leaving the magma reservoir and is spreading towards the surface.

Between 2:47 p.m. and 5:45 p.m. (local time), more than 700 superficial volcano-tectonic earthquakes were recorded by the Piton de la Fournaise Volcanological Observatory. The source of the deformation and the seismicity show a propagation of magma under the southern flank, with events located less than 1 km from the rampart of the Enclos Fouqué.

The volcanic tremor synonymous with the arrival of magma near the surface has been recorded since 19:00 local time. According to OVPF records, the source of this tremor is located on the southern flank of the volcano inside the Enclosure.

However, the presence of a tremor shows the emission of hot and incandescent gases on the surface, and the possibility of lava emission in the very short term. 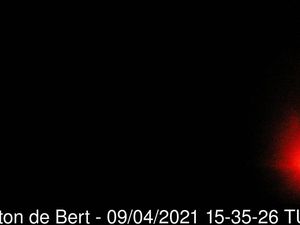 A first flight on April 10, commented by Nicolas Villeneuve, provides indications: "The eruption is quite weak in intensity. The projections do not exceed 20 meters high. The flow which has advanced 1.5 km spreads out. 150 meters. She has difficulty moving forward since she is now on a plateau. Two arms have formed at first. The first stopped quite quickly. The second is well fed upstream, but it is cooling down fast enough and for the moment the flow is frozen. "

The OVPF has just reported that: "The activity is currently focused on two main eruptive vents. The upstream part of the crack is no longer active"

The recommended alert level: Alert 2-2, as of this Friday April 9 at 7:00 p.m. Public access to the Fouqué enclosure, from the Pas de Bellecombe trail or from any other trail, as well as the aircraft in the volcano area are banned until further notice. 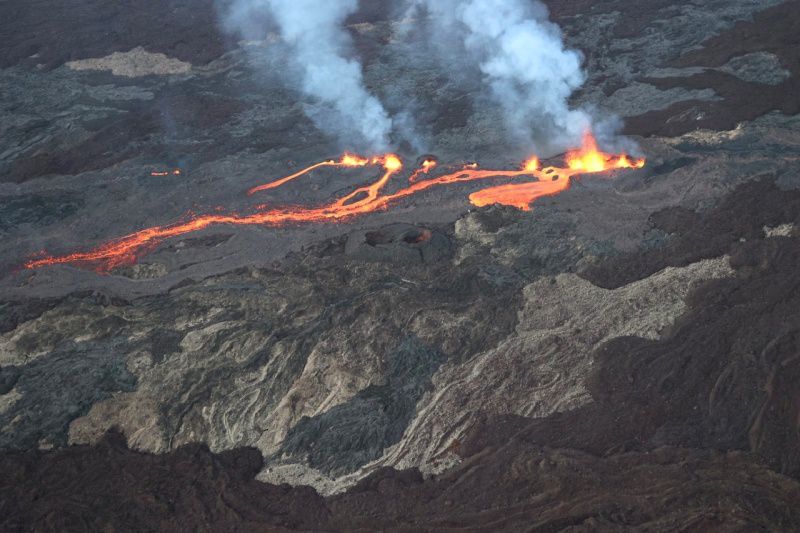 Piton de La Fournaise - flyover of 04.10.2021: a first arm of lava flow hit a cone, the second is powered, but is frozen - Imazpress photos - one click to enlarge

Signs of change have appeared in the Reykjanes Peninsula, with the new fissures opening one on Easter and April 5. However, the changes are very small, and the portents before the cracks open are not detectable.

There are indications that the magma is shallow in the area south of Geldingadalur and northeast of the eruptions and it cannot be excluded that further eruptions may open in the coming days or weeks. Opening a new eruptive fissure without visible warning could pose an acute danger to people. It is believed that the area covered by this danger is where the magma reached closest to the surface or the southwestern part of Geldingadalur and northeast of Litla-Hrúti.

The steep, elevated edges of lava fields at eruption sites can be unstable. Large chunks of glowing lava can escape without warning, which can create a lot of danger. Likewise, magma can gush out under the lava rim and this magma can travel very fast. Reykjanes Peninsula - eruptive sites - The map defines the area where people may be in acute danger due to sudden events that may occur at the eruption sites. In the danger zone, there is the greatest risk of opening more eruption cracks without warning, and this can be accompanied by a sudden and rapid lava flow that is difficult to avoid. Apart from this area, there are also other dangers associated with lava flow and gas build-up. The map shows a draft of a new hiking trail east of the danger zone. - one click to enlarge

The greatest seismic activity over the past two weeks is north of the magma chamber in the Keilir area. Just south of Keilir, near Litla-Hrút, shallow earthquakes are detected and this activity is closely monitored. Shallow earthquakes can be a sign that magma is pointing to the surface. It is therefore not excluded that the magma reaches the surface north of the magma chamber which reaches Keilir.

It is likely that with increased lava flow, gas pollution will increase
Preliminary measurements indicate that the lava flow increased further with the opening of the last eruption cracks, but more precise measurements are expected today. Lava flows from the three cracks and descends into Meradali and Geldingadalur. Last minute : a fourth fissure has opened between fissures 2 and 3, and is pouring its lava towards Geldingadalur .