The eruption that began at Piton de La Fournaise on 04/09/2021 at 7 p.m. (appearance of the tremor) continues. The intensity of the volcanic tremor (indicator of the intensity of the eruption) is always very fluctuating. On the last 24 hours, 36 superficial volcano-tectonic earthquakes (between sea level and the surface) have been recorded under the summit craters

Observations of the eruptive site still show two eruptive vents, a main and a secondary of lower activity slightly downstream from which two regimes of lava fountains escape. The height of the lava fountains emitted by the main mouth was today between 20 and 40 meters depending on the periods of activity. 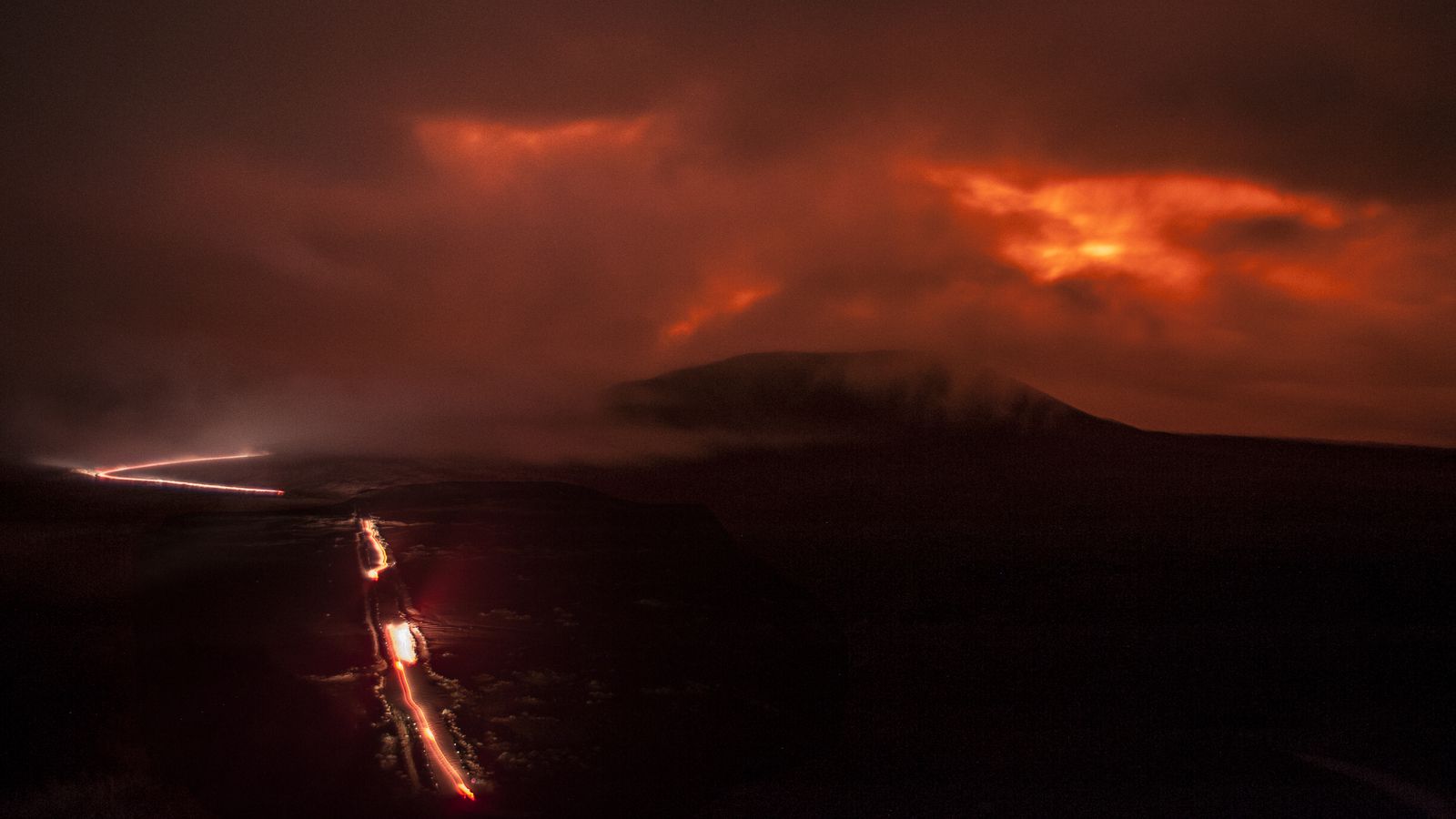 Since April 11, an increase in SO2 flows has been recorded on the NOVAC stations of the OVPF-IPGP; the highest values ​​were recorded today (April 13) with values ​​reaching 8 ktonnes / day, corresponding to flow rates> 30m3 / sec for non-degassed magmas.

Analysis of the NOVAC data shows that the plume reached an altitude of between 2,500 and 3,500m above sea level.

Thanks to our friend Thierry Sluys, a well-known Belgo-Réunionnais volcanophile, for these photos taken before the bans. In St. Vincent, the seismic activity changed with the explosive activity at 6.30am on April 13th. Prior to the explosion, long-period (LP) earthquakes had increased in number.

The explosions of  La Soufrière pulsed for about 30 minutes and produced pyroclastic density currents that reached the sea at the mouth of the Wallibou about 6 km from the volcano and which extended out to sea, according to observers. Observations made during the afternoon show that the pyroclastic flows reached the sea from all the valleys between Larikai and Wallibou. After this episode was over, LP earthquakes were recorded, slowly increasing in number, but significantly smaller than those recorded before the 6.30am explosion.

Volcanic activity is characterized by explosions which generate pyroclastic density currents, and more or less important ash falls. This activity is likely to continue in the coming days. 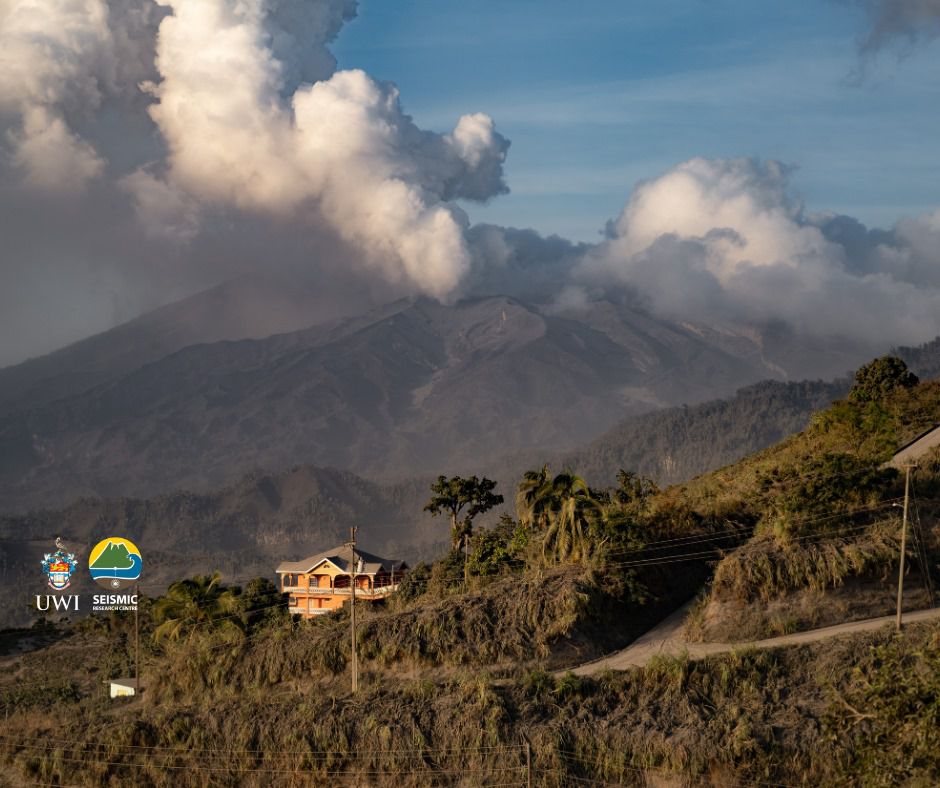 The eruption site in Geldingadalur, Iceland / Reykjanes Peninsula is constantly changing, but on the morning of April 13, four new craters opened. Lava flows at the end of the second hiking trail to the eruption sites. " A few hundred yards down this is arguably a continuous crack / dyke, but on the surface it's a swarm of short, staggered cracks, as they appear on team maps. crack monitoring.
Therefore, it is likely that each vent is an independent channel with roots in a continuous part of the dyke. "
Geologist Þóra Björg Andrésdóttir, who is at the site of the eruption, just told mbl.is that instead of describing it as four new vents, you might as well be talking about a 100-meter-long crack. erupting.
" There is a continuous eruption in an area of ​​50 meters. Then there are two more craters, difficult to distinguish, and yet another on the side. Lava flows from all these vents south into the Geldingadalur." A clear opinion from the Suðurnes police on social networks:

Police advise the elderly, pregnant women, and those with underlying heart and lung disease not to visit eruption sites if air pollution is imminent. There may also be soil surface, snow and surface water contamination due to the accumulation of heavy metals and fluorine. Surface pollution is most important in the immediate vicinity of the eruption site.

Do not take children or dogs to these sites: they are closer to the ground than adults and are more exposed to gas pollution. Those who do not dress properly have nothing to do in the area. " Continuous monitoring by GPS and InSAR continues to record very slow and steady inflation and expansion of the Taal region which began after the eruption of January 2020. These parameters indicate persistent magmatic activity at shallow depths below the sea. building.

Alert Level 2 (Increased Agitation) is currently maintained on the Taal volcano. DOST-PHIVOLCS reminds the public that at Alert Level 2, sudden steam or phreatic explosions, volcanic earthquakes, minor ash falls and fatal accumulations or expulsions of volcanic gas can occur and threaten areas in and around TVI. DOST-PHIVOLCS strongly recommends that entry be strictly prohibited into the island of Taal Volcano, the Taal Permanent Danger Zone or PDZ, especially the surroundings of the main crater and Daang Kastila fissure, and the occupation and navigation on Lake Taal.