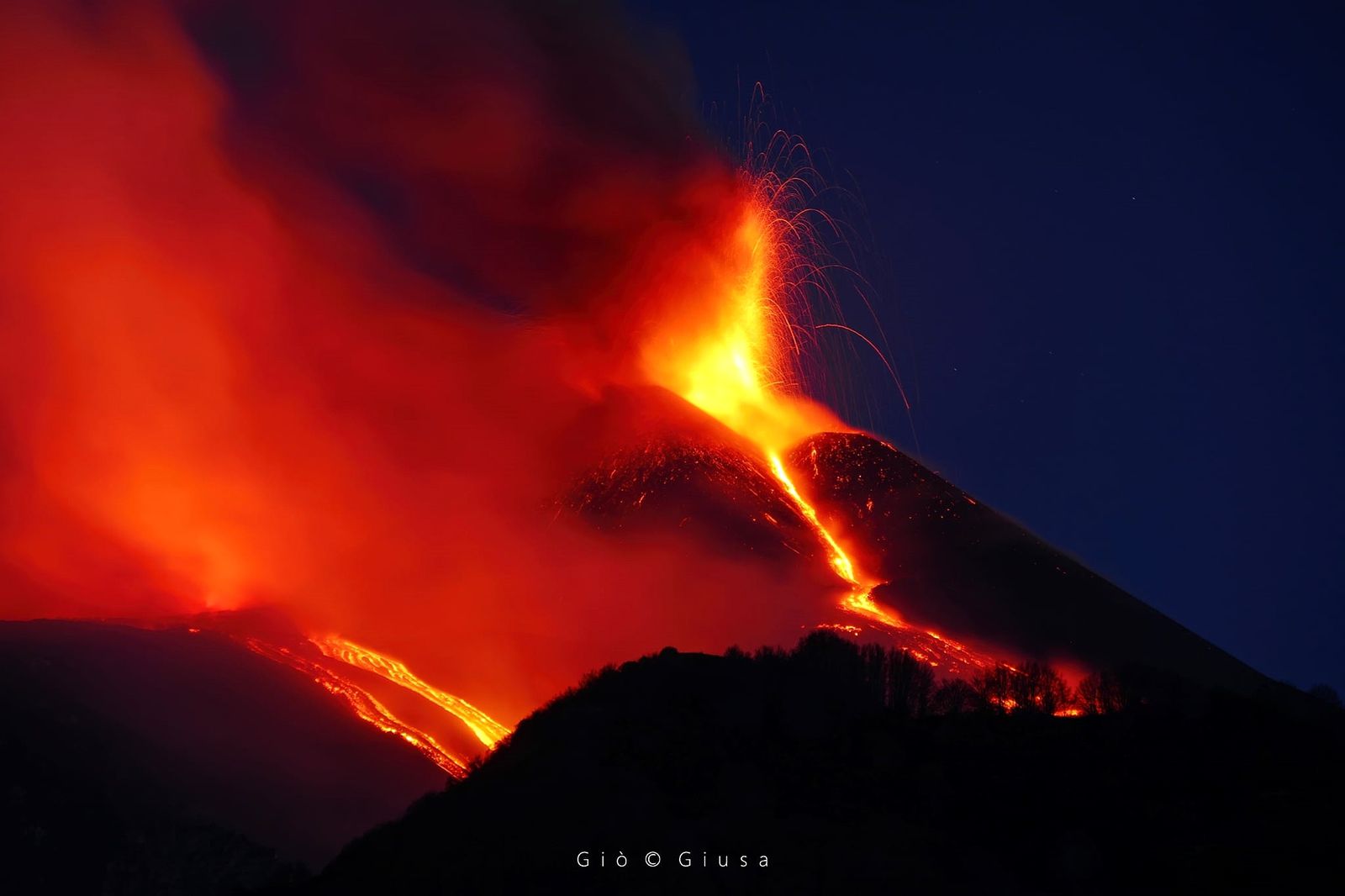 Etna SEC - 17th paroxysm: situation on 01.04.2021 at the blue hour, between darkness and light - lava fountain, and overflow in the Velle del bove; spaterring at the base of the SE, alimentan, t of the lava flows - photo by Gio Giusa

The INGV reports that the thermal anomaly, observed by surveillance cameras from around 09:00 UTC on March 31, 2021 at the south base of the southeastern crater of Etna, is produced by the site of a flow of lava. This, observed by INGV staff in the field, is generated by the same field of fractures that fed the lava flows that developed in the same area from March 2021. The eruptive activity at the level of the other summit craters remains unchanged.

The signal from the GNSS summit stations is currently very disturbed and does not allow reliable evaluations. From approximately 17:50 UTC, an increase in Strombolian activity is observed with the emission of ash at the SE crater. According to the forecast model, the eruptive cloud disperses in the SSW direction. As for effusive activity, the lava flow expanding in the SSE direction is well fed and the front has reached the high edge of the western part of the Valle del Bove.

From around 11:00 p.m. UTC on March 31, Strombolian activity in the SE crater gradually turned into a lava fountain. According to the forecast model, the ash cloud, which reached a height of about 7000 m above sea level, disperses in the SSW direction. 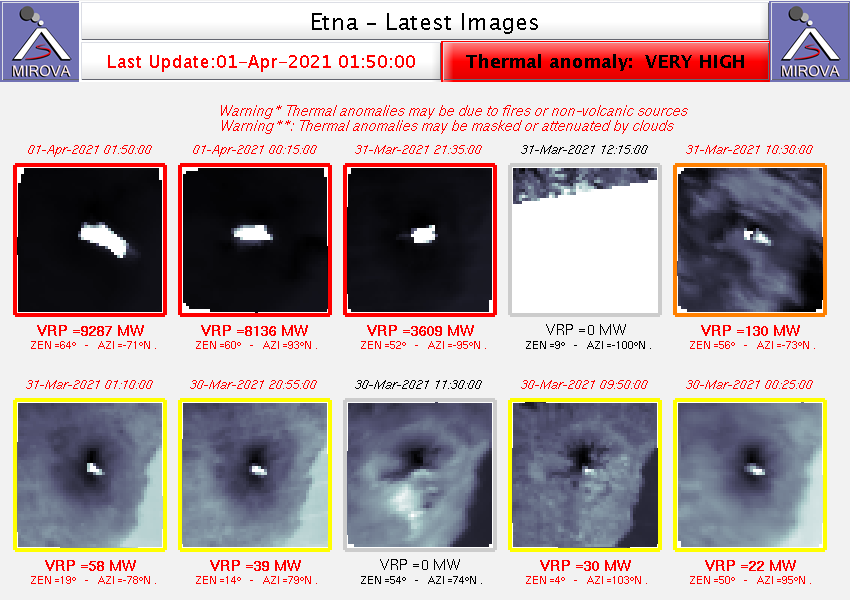 At the same time, starting at 12:18 UTC on April 01, an overflow of lava is observed from the eastern edge of the SE crater which expands in the upper part of the Valle del Bove.

The effusive vent was active at 2:30 UTC and was feeding a lava field made up of several lava flows that were propagating in the SSW, S and SSE direction. In the observation period, the SSW and S lava flows appeared to be poorly fed and their fronts
The flow of the SSE was well fed and its front, which rose to about 2,750 m above sea level, had almost reached the edge of the Valle del Bove.

The trend of the amplitude of the volcanic tremor remains on average values ​​and for a few hours, is characterized by minor fluctuations in the amplitude, due to a substantial decrease in low frequency transients that characterized the seismic signal until today. morning. The center of gravity of the volcanic tremor sources remains located in correspondence with the SE crater at an altitude of between 2400 and 2700 m above sea level. The eruption in Geldingadalur is still ongoing. The activity of the lava fountain is low and no volcanic ash has been detected.

The latest lava volume study was carried out today (March 31) by the University of Iceland, using vertical aircraft photogrammetry. This does not indicate that the rate of lava discharge is significantly decreasing. The average lava discharge rate over the period 29-31 March displayed on the graph is slightly above 5 m³ / s. The new geochemistry results do not show significant changes since the start of the eruption. Geldingadalgos - volume, discharge, area, and composition parameters as of 03.31.2021 - Univ. Iceland - click on the thumbnail to clarify it Specialists from the Met Office and the Institute of Earth Sciences measured levels of fluoride in rainwater around the eruption and results of samples taken from puddles show a level of 80 milligrams per liter. The safe limit for drinking water is one milligram, for comparison.

Andri Stefánsson, professor of geochemistry at the University of Iceland, says about two tons of fluorine gas are emitted by the volcano per day; which, while that sounds like a lot, is eclipsed by the 40-50 tonnes emitted daily by the 2010 Fimmvörðuháls eruption.

The pH of the water directly around the eruption site is as low as three, which means it is much more acidic than normal rainwater, which has a pH of 5.5. In Afar, the hot spots in the Erta Ale caldera noticed on March 25, 2021 by Sentinel-2 remain active on March 29. The area marked at the northern pit crater appears to have widened, while that of the southern pit crater is more confidential.