Kilauea - This view from the southern edge of Halema'uma'u shows the perched lava lake, fed by lava from the West Fissure (upper right part of the photo). The sea wall surrounding the active lava lake is approximately 5 m (16 ft) high. - USGS Photo by Mr. Patrick on April 13, 2021.

The Kīlauea volcano is erupting.

The summit inclinometers have recorded minor changes over the past 24 hours. Seismicity remains stable, with high tremors.

The volcanic alert remains fixed at Watch, and the aviation code at orange. 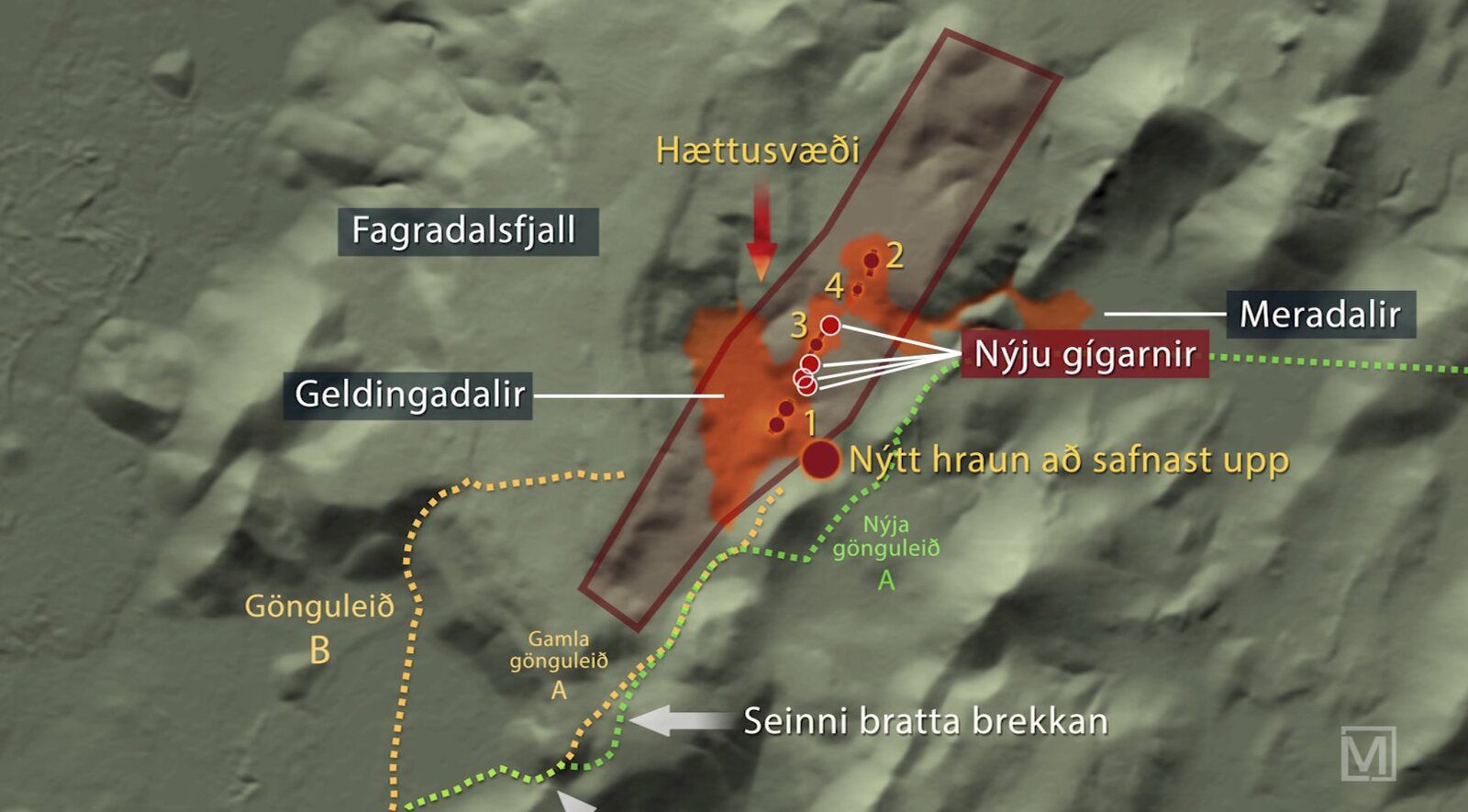 Experts from the Icelandic Meteorological Office carried out an overflight of the Geldingadalur / Meradalur eruptive site on April 13, revealing that the vents had increased to eight.
The eruptions are all on the same fissure and the fissure is still directly above the magma chamber in communication with the earth's crust since February, so a number of earthquakes have been observed in many parts of the southwestern part of the country.
The lava flow in Geldingadalur is constant, there is now around five to eight cubic meters of lava flowing per second and it has been so for quite some time. The eruptions that formed yesterday had no effect on the lava flow, according to an expert from the meteorological office.

Hiking trails A and B are still open, but soon hiking trail B will be left alone. From the time it started to erupt until midnight Tuesday, 41,923 have been to the eruption sites, according to the Icelandic Tourism Board.

Gases circulated in the greater Reykjavík area throughout the day, at concentrations of 100 to 600 μg / m³. Changing winds will begin to carry the gas westward around 5:00 p.m. After five days of eruption, activity is not waning ... unfavorable weather conditions allowed only rare observations of the eruptive site. the explosive activity maintains two eruptive vents, a main one upstream, and one below with two contiguous vents animated by more modest activity. The intensity of the main lava fountain fluctuates, alternating phases of calm (~ 20m high) with more intense phases (80-100m high). Over the last 24 hours, 16 superficial volcano-tectonic earthquakes (between sea level and the surface) have been recorded, all located under the summit craters.

The unfavorable weather conditions allowed only rare observations of the eruptive site. Since April 11, an increase in SO2 flows has been recorded on the NOVAC stations of the OVPFIPGP; the highest values ​​were recorded on April 13 with values ​​corresponding to flow rates> 30m³ / sec for non degassed magmas.

This increase in gas flow observed over the past few days can be explained by the presence at the start of the eruption of a more superficial and therefore more degassed magma. HOTVOLC form (OPGC - Clermont Auvergne University) could not be calculated today following the very bad weather conditions on the eruptive site. 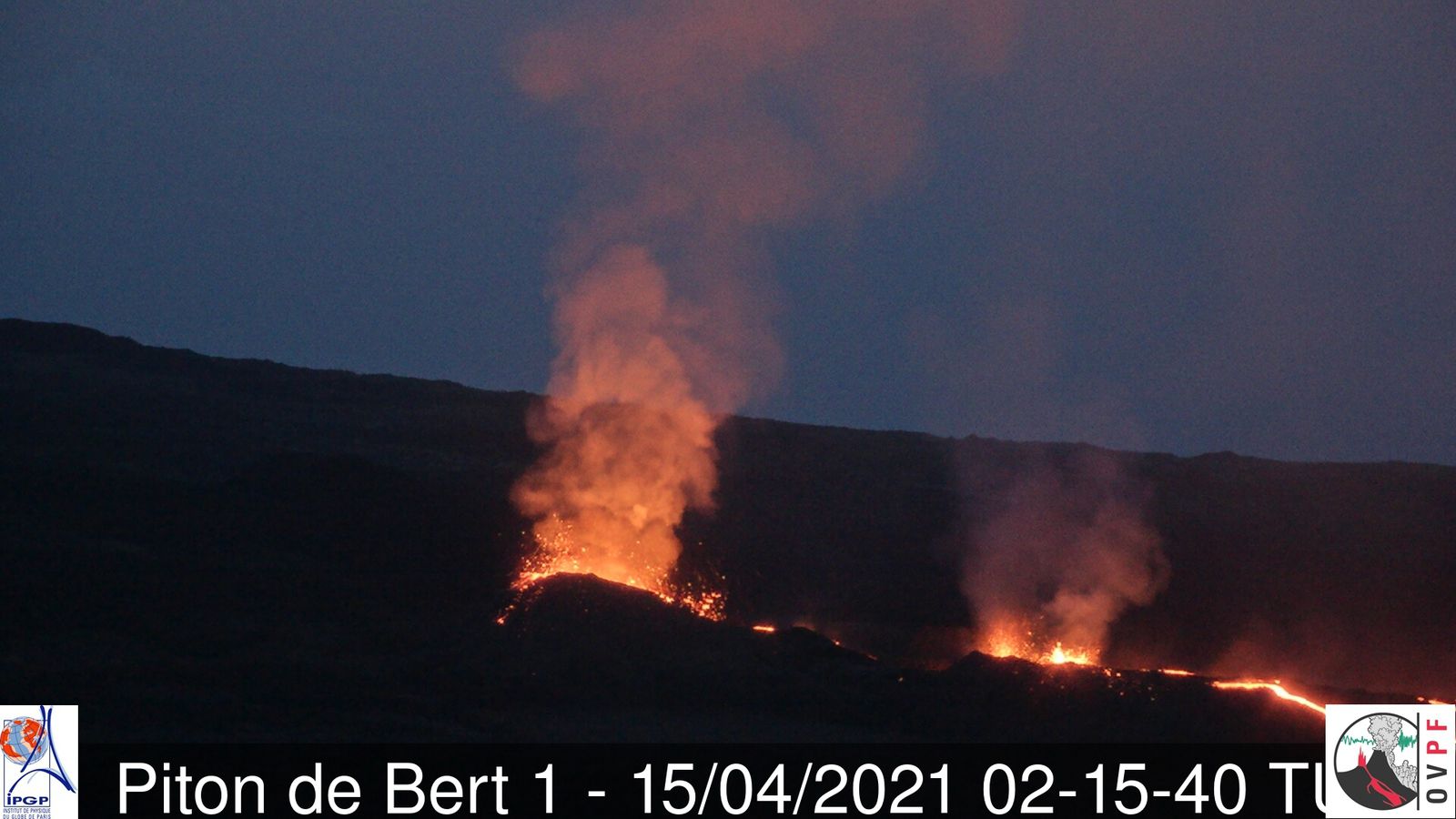 Seismic activity at La Soufrière in St. Vincent continued to follow the pattern established on April 13.
Tremor bands are seen approximately 14 hours apart, separated by swarms of small, long-lived earthquakes (LP).
The last tremor band occurred at around 11:35 a.m. and, as before, was associated with an episode of explosive activity.
The explosions produced were rich in gas, but did not increase as vigorously as the previous explosions. 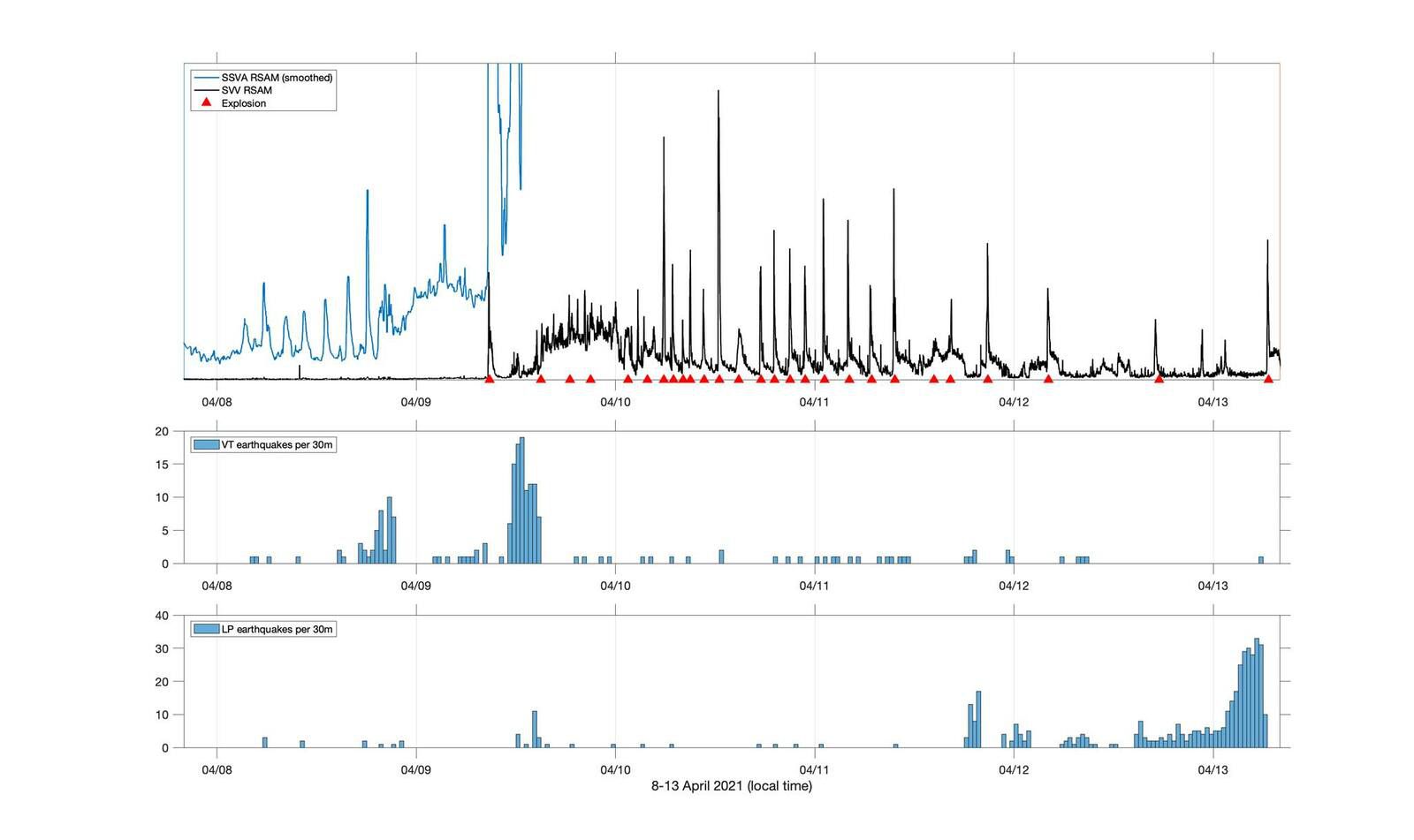 The current pattern of explosions appears to be episodic (stop-and-go) with longer periods between explosions and less energy. Explosions and accompanying ash falls of a similar or greater magnitude will likely continue to occur over the next few days, as will possible pyroclastic flows.

This activity remains typical of Soufrière 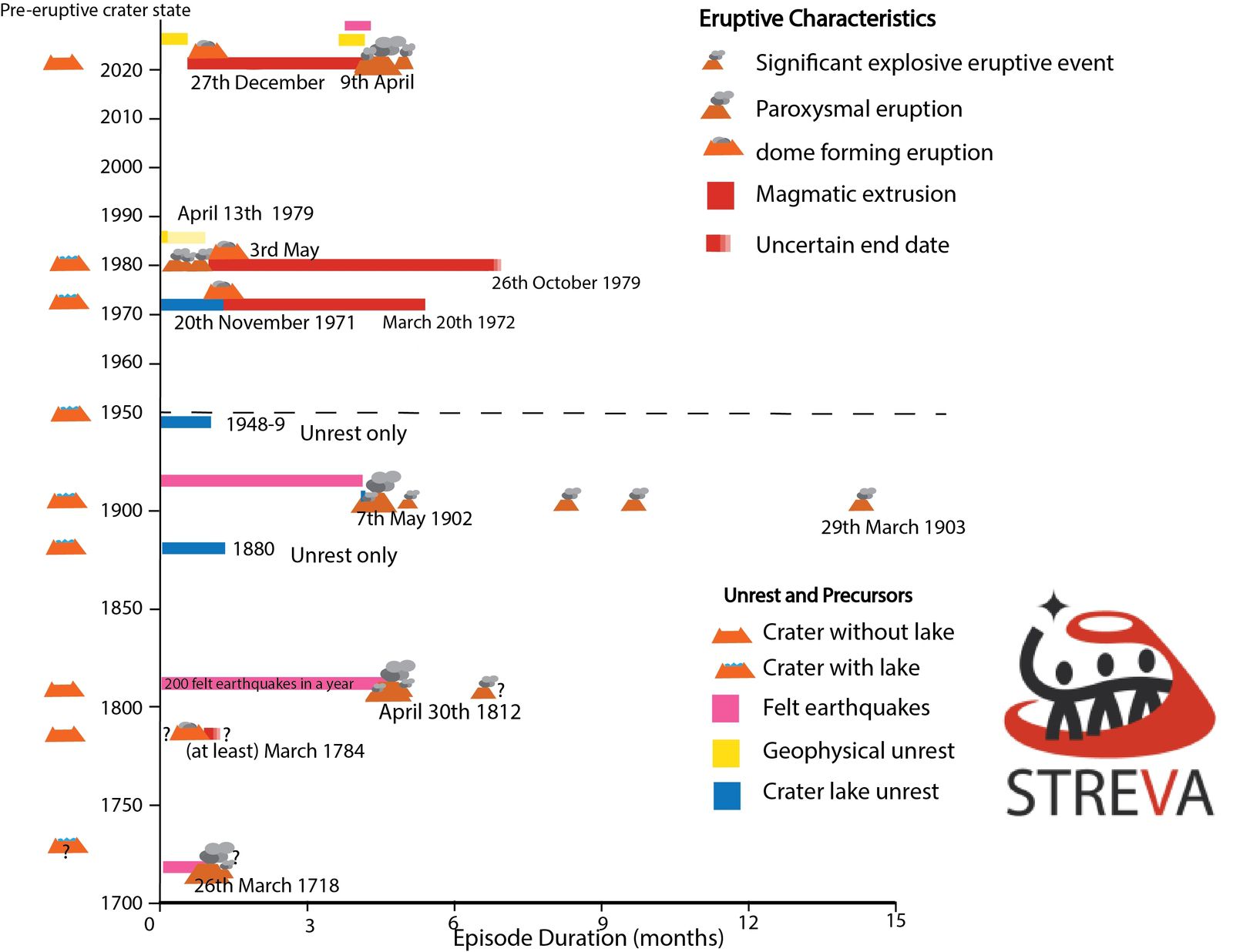 Soufriere - duration of each of the documented eruptions, and their style. - Doc. Streva- one click to enlarge