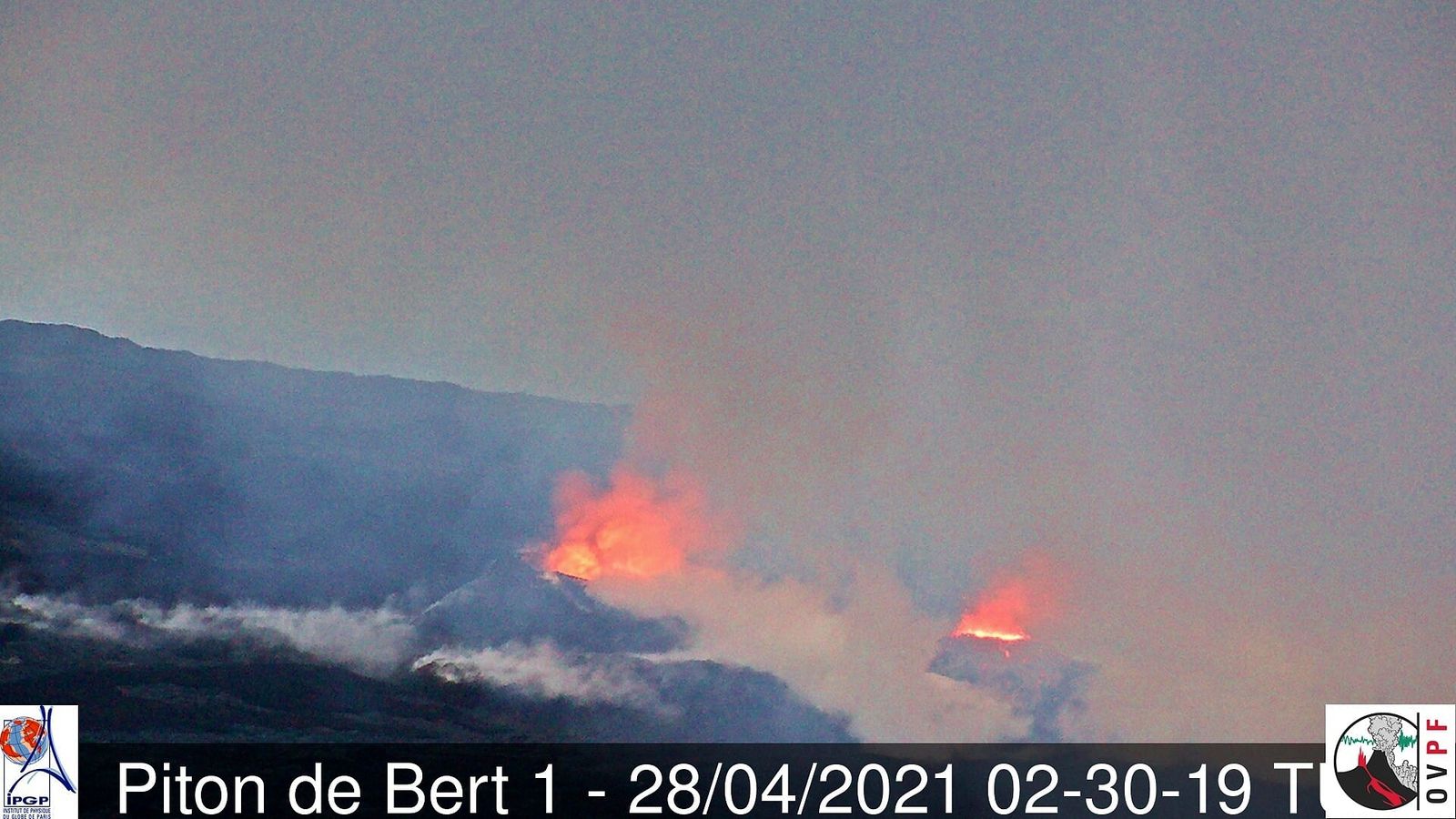 At Piton de La Fournaise, after a few days without much visibility and visual observations, the intensity of the tremor seems to have started to decrease for 2 days.

The very bad weather conditions on the volcano (precipitation and thunderstorms) for more than two weeks have strongly impacted the OVPF surveillance network. Thus 17 sensors (16% of the OVPF network), including 12 located in the eastern sector of the volcano, are no longer operational due to the lack of energy (not enough sunlight to supply the solar panels for two weeks ) or lightning strikes.

An overview of the eruptive site by the aerial section of the gendarmerie and the PGHM this morning confirmed that the two eruptive cones were still active, and that the majority of the activity was done in a lava tunnel with few visible flows in area.

Over the last 24 hours, 2 superficial volcano-tectonic earthquakes (between sea level and the surface) have been recorded under the summit craters.

CO2 fluxes in the soil are still increasing in the far field (Plaine des Cafres and Plaine des Palmistes).

Averaged over the past few days, no significant trend can be seen in the deformations of the building (neither in deflation nor in inflation). This could suggest a deep magma flow entering the shallow magmatic reservoir equivalent to the outflow from the reservoir that feeds the eruptive site. At Sinabung, this April 28, the main crater is surmounted by a white plume with a strong thickness of about 50-500 meters from the summit, interspersed with an explosion and emission of gray plume.

The activity is at 3 / siaga and the aviation code is orange. In the Reykjanes peninsula, the most eruptive activity is now located in the last craters of the eruption area, and in particular in the crater that can be seen on the mbl.is webcam.

Near this crater, steam is emitted by mosses which burn, under the effect of the intense heat of the eruption (The naturalist of the Meteorological Office)

There is no more activity in the southernmost crater and the northernmost one, from which only steam comes out. Thermal anomalies remain significant according to Mirova. The eruptive site seen from the Icelandair flight Amsterdam- Keflavik on 04.27.2021- photo via Veðurstofa Íslands - Geldingadalur on the left, Meradalur in the background on the right, the active flow has branched off in the direction of the "Nameless Valley" Eruptive site map, with the position of the vents and webcams - by Ragnar Heiðar Þrastarson - mapmaker and GIS Coordinator of The Icelandic Met Office - updated 04/28/2021 - one click to enlarge 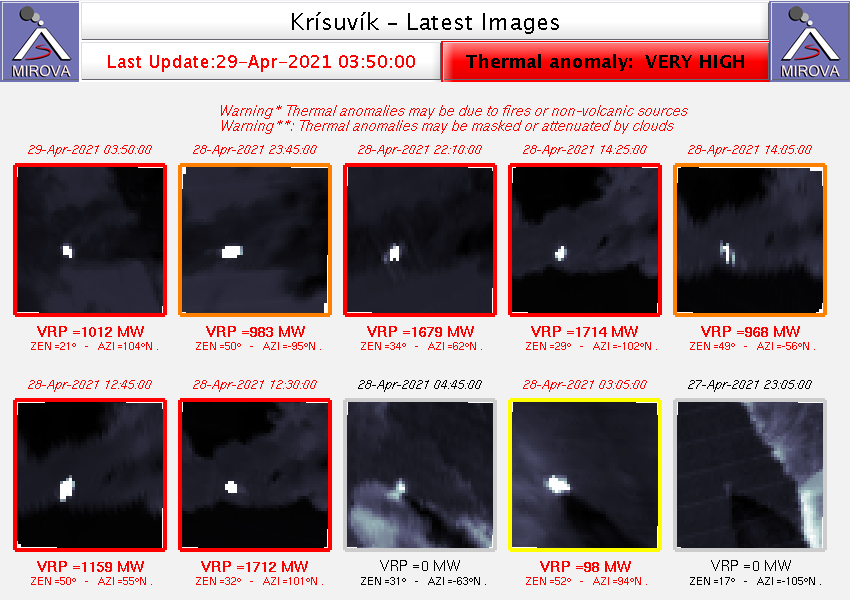 During the week of April 19 to 25, 2021, the eruptive activity of Sabancaya was maintained at moderate levels, with the occurrence of an average of 90 daily explosions accompanied by plumes of gas and ash reaching up to 2,000 m high above the summit.

At the seismic level, 1659 earthquakes of volcanic origin have been counted, associated with the circulation of internal fluids. Eleven thermal anomalies, with a VRP max. of 32 MW, in relation to the presence of a lava body in the crater. The other parameters do not present any significant anomalies, according to the IGP.

The alert level remains in Naranja