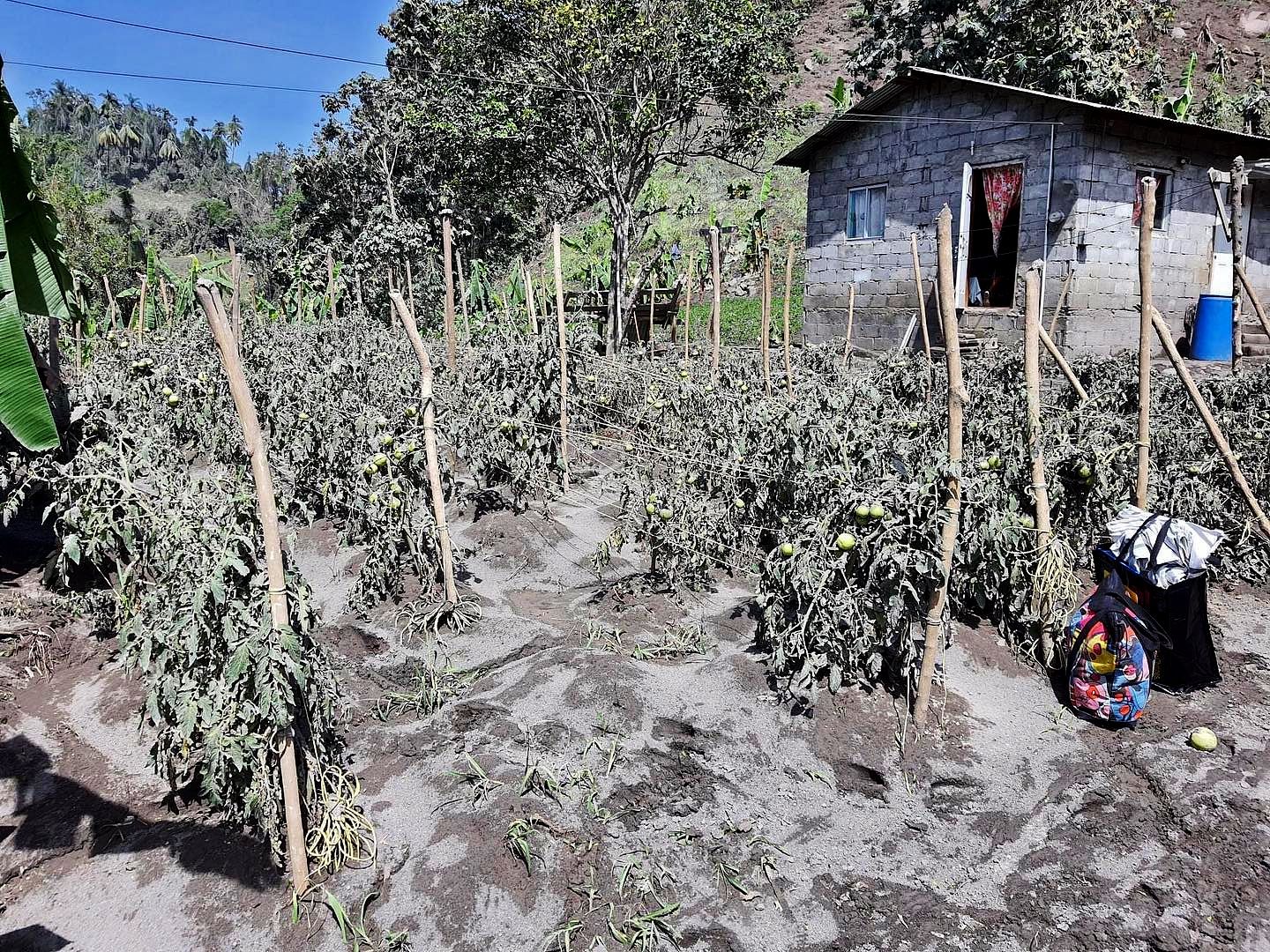 The seismic activity of the Soufrière of St. Vincent continued the pattern established after the explosive activity of April 18.
Small, long-lived and hybrid earthquakes continued to be recorded, their rate of occurrence gradually increasing over the past 24 hours.
The network also recorded some rockfall and volcano-tectonic earthquakes.
No earthquake has been recorded in the last 24 hours.

Its pattern of seismic activity over the past few days is typical of the growth and destruction of lava domes.
Explosions accompanied by falling ash, of a similar or greater magnitude, may occur with little or no warning. The agricultural sector of Saint Vincent and the Grenadines has been severely affected by the eruptions of the Soufrière volcano.

Preliminary evaluations reveal that in the red zone, 100% of vegetable crops and 60% of arrowroot (dictame) have been lost.
The weight of the heavy ash fall caused the leaves and branches of many tree crops to break. About 90% of tree crops and 80% of root crops would also be damaged in the red zone.

The cattle, which were left in the wild, are now without fodder as their pastures have also been totally destroyed by ash and dust. 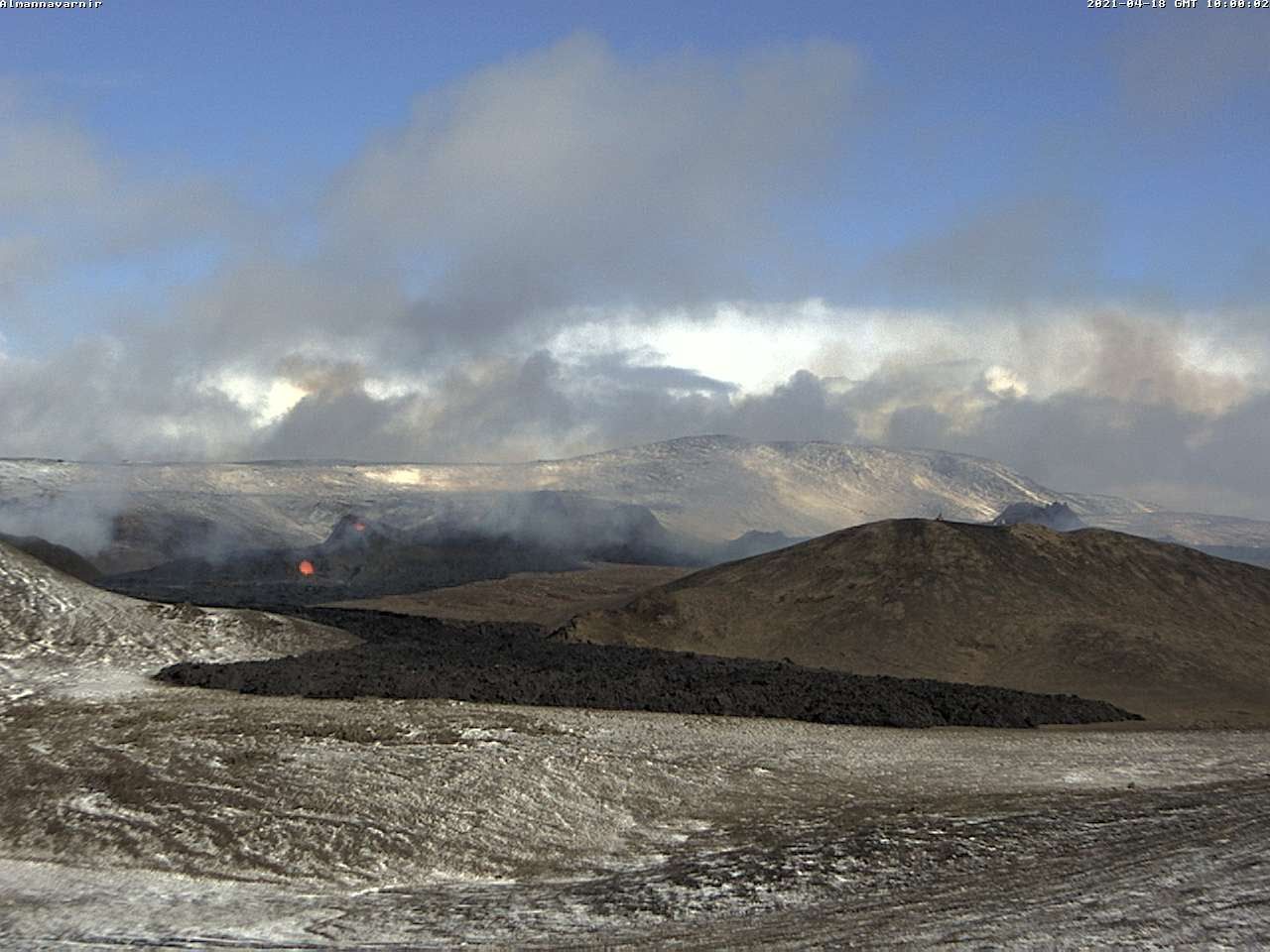 Since the eruption began at Fagradalsfjall just over thirty days ago, it has been characterized by a relatively thin magma flow with low explosive activity and a relatively stable lava flow. However, the eruption is constantly changing. This variability resulted in the emergence of new eruptive vents and varying degrees of activity in the craters.

An interview with volcanologist Ármann Höskuldsson in mbls on where the next eruption could happen, he says he is quite certain that it will be in the Krýsuvík system or in the Sundhnjúkar system [Eldvörp-Svartsengi] ...  The eruption is currently in the Fagradal system. Quite a few systems have in fact become vulnerable. The eruption would affect settlements, factories, power lines, roads and other important infrastructure.

Scientists are continuing to analyze the current eruption (lava properties, temperature, crystallization, changes in viscosity, volcanic gases) so as to be prepared for the next eruption and prepare simulation models. 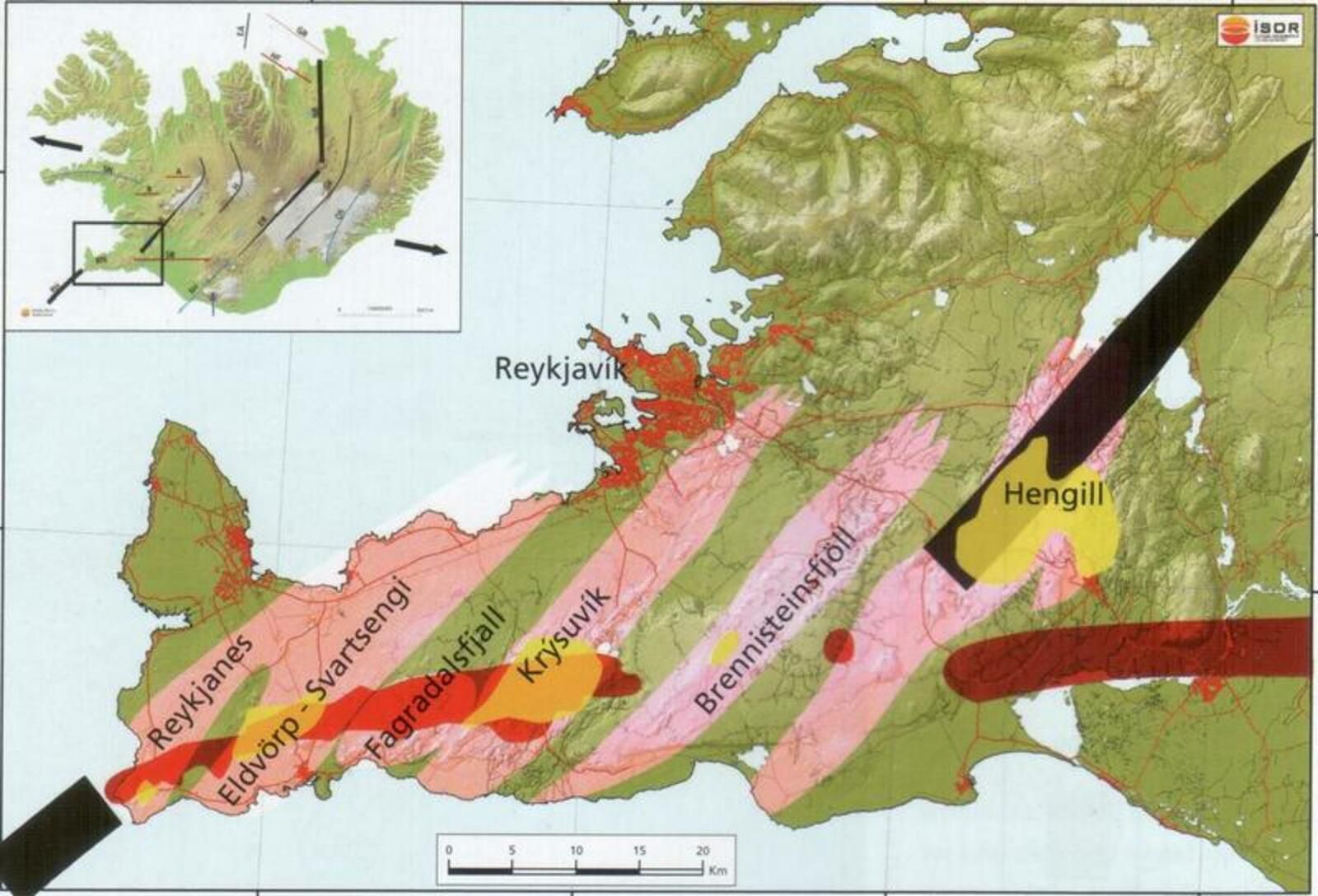 No direct observation of the eruptive site could be made on April 24 at Piton de La Fournaise given the very bad weather conditions on the volcano.

CO2 fluxes in the soil are still increasing both in the far field (Plaine des Cafres and Plaine des Palmistes) and in the near field (Gîte du volcan).

The stereophotogrammetry processing of the aerial images acquired yesterday, during the overflight of the eruption in a microlight, made it possible to trace the precise outline of the lava field, confirming that:

. the flow front has now been frozen for several days at a hundred meters upstream of the Bonnet crater,

. and that the lava field now extends laterally, and by thickening at the level of the network of lava tunnels that have developed on the plateau downstream of the cones. The total length of the flow was of the order of 3.5 km and its maximum width of 750 m. 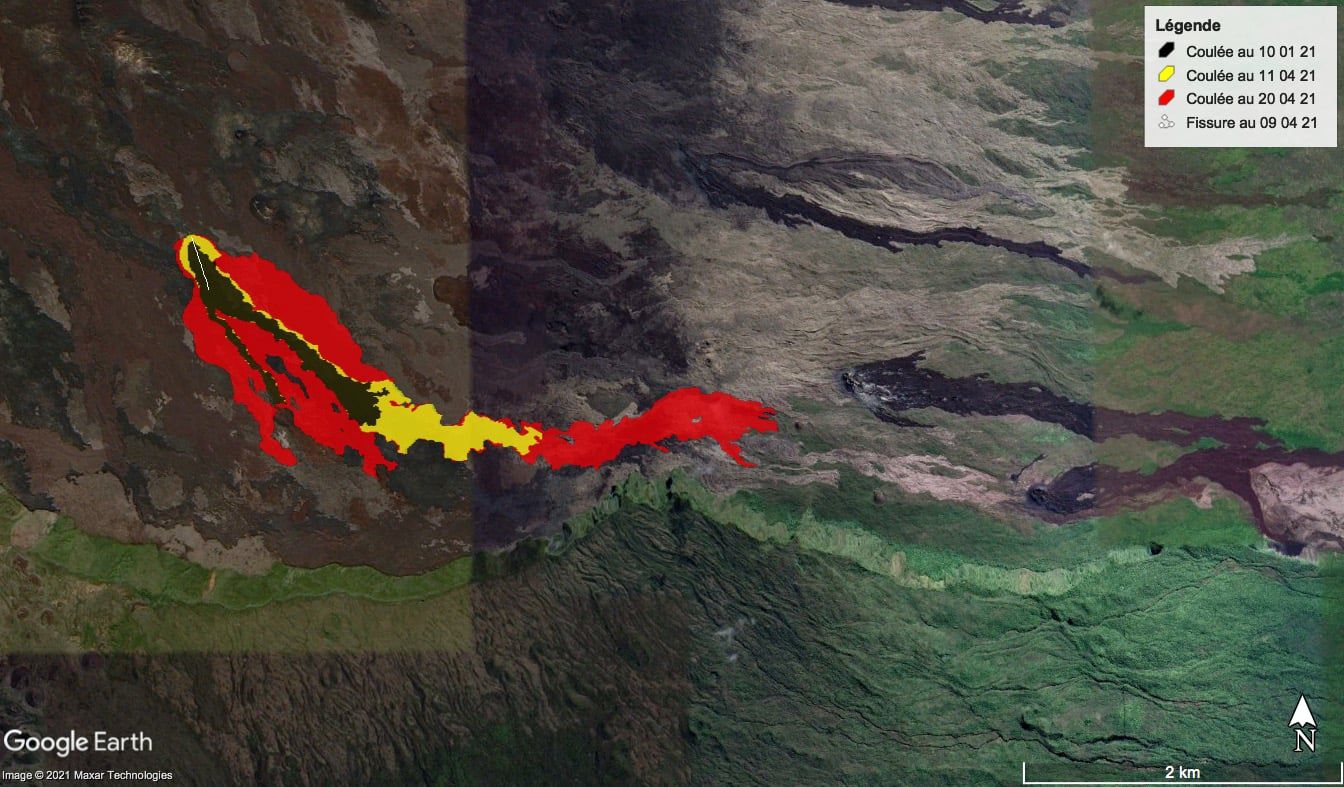