News from the Soufrière, La Fournaise and the Rekjanes Peninsula. Continuation of the explosive eruptive phase at La Soufrière in St. Vincent:

The ash thickness of the last 24 hours of eruptive activity ranged from <1 mm at Colonaire (~ 12.5 km from the volcano) to 10-15 mm at Rabacca (~ 7.4 km from the volcano).
Ash thickness and grain size generally increased from Kingstown north to the volcano. Ash falls have been reported in parts of Barbados and Saint Lucia.
The volcano has entered an explosive eruptive phase that could continue over the next few days and weeks. The explosions are expected to be of a similar or greater magnitude. 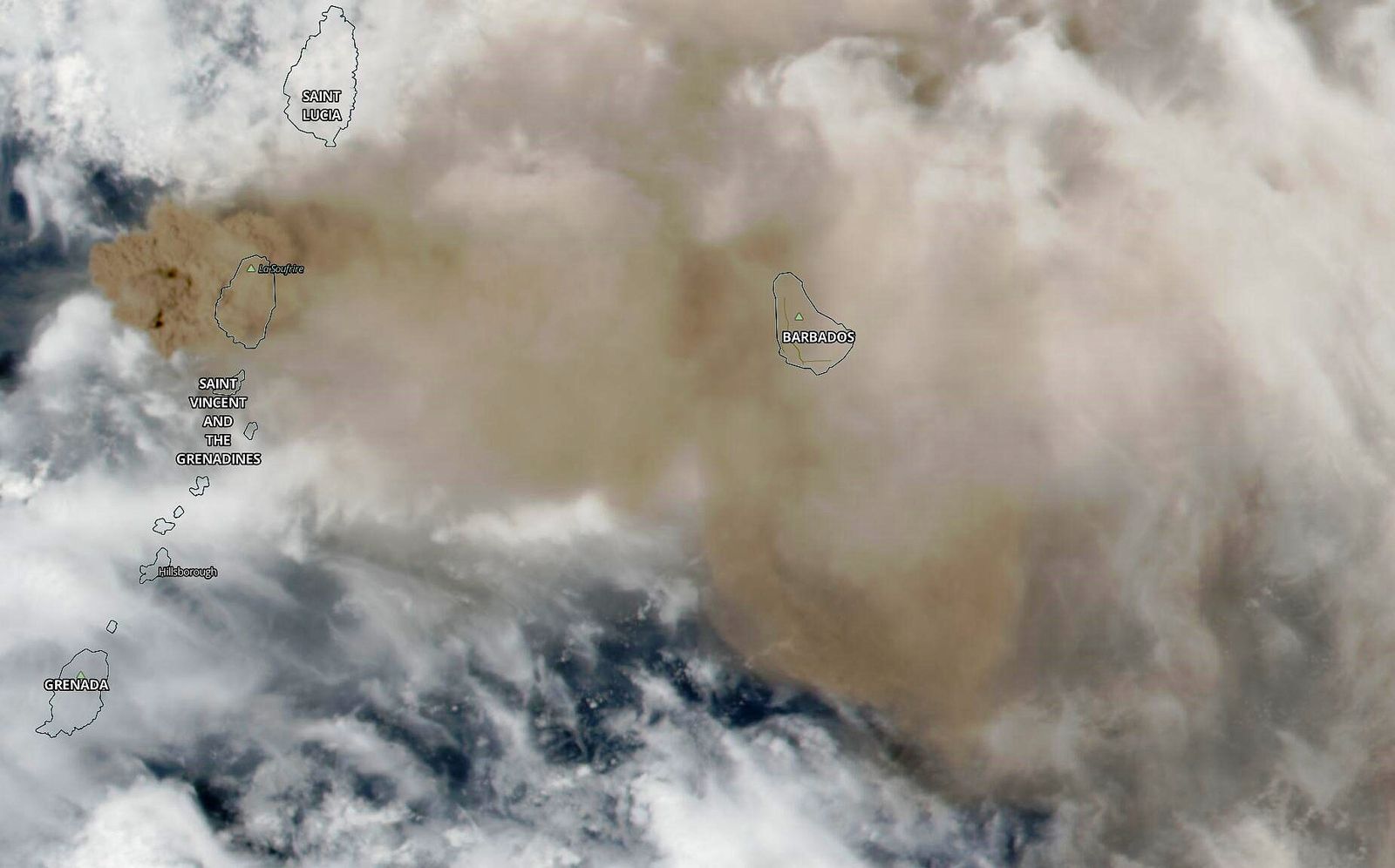 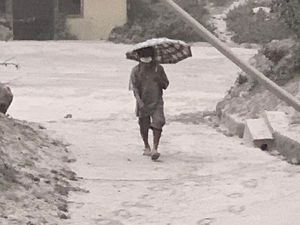 Eruptions de la Soufrière - ash covers the island - photos St. Vincent and the Grenadines and R.Robertson (pluricentimetric slag samples on the Rabacca river area more than 7 km from the volcano) - one click to enlarge Soufrière - How to protect yourself from the ashes? Wear respiratory and eye protection, stay indoors, clean and preserve the water reserves - Doc. IAVCEI / WHO / IVHHN

At the seismicity level, following the gradual decline of the quasi-continuous seismic tremor at La Soufrière, St Vincent, the seismic network began to record a tremor in bands from around 3:30 am on April 10.
The band tremor is a seismic signal that indicates that the fluid (magma and gas) is approaching the surface
Each episode of tremor lasted 20 to 30 minutes, with intervals of one to three hours between them. The episodes appeared to coincide with periods of increased ventilation or explosive activity.
The seismic tremor background level between episodes continued to decrease. At Piton de La Fournaise, a reconnaissance flight took place in the morning of Saturday, making it possible to determine that the situation was stable, after a drop in intensity recorded on Friday evening around 9 p.m. "The flow is very slow, but the eruption remains stable for the time being" details Aline Peltier, director of the OVPF.

"During the overflight, around 8.40 am local time, the activity focused on two main eruptive vents in which several regimes of lava fountains were observed" underlines the OVPF.

The eruptive activity continues on a main mouth and a secondary mouth. The front of the flow was located this morning at 7am at an altitude of 1750m upstream of the Grandes Pentes broken. 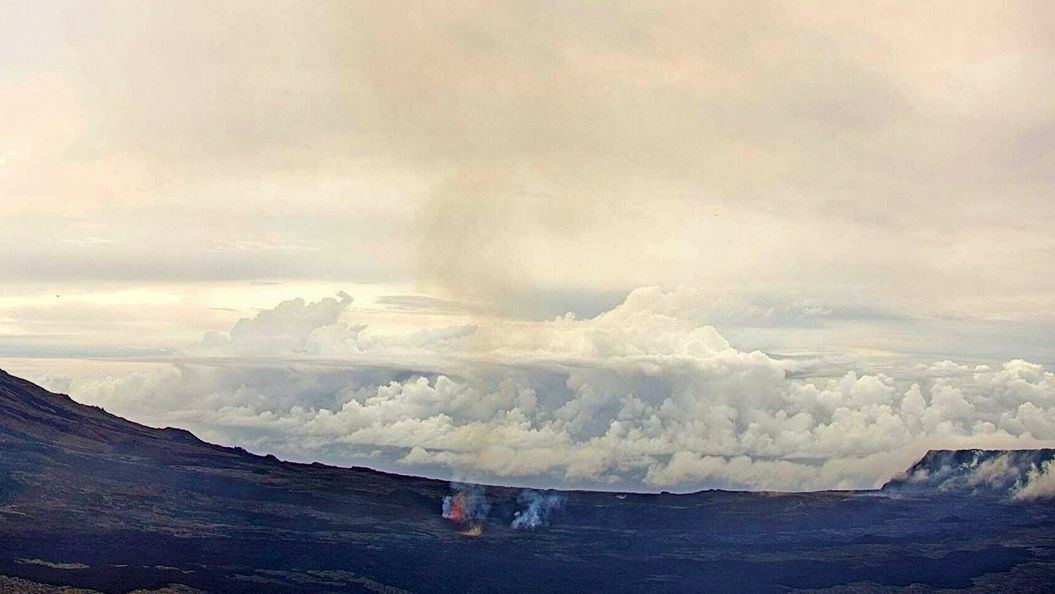 Piton de La Fournaise - 04.11.2021 / 09:47 - The eruptive fissure is located downstream from the Château Fort crater on the southern flank of the volcano inside the Enclosure (Copyright Webcam OVPF-IRT) In the Reykjanes Peninsula, according to forecasts by the Icelandic Meteorological Office, gas pollution will reach settlements within the next 24 hours.

Tonight there will be pollution in the northern part of the Reykjanes peninsula and in the capital region. In the morning there will probably be gas pollution over Vatnsleysuströnd, but in the afternoon over the area from Vogar to Reykjanesbær and west to Höfn, and then towards Grindavík due to changes in wind direction .
Tonight there will be five to ten meters per second in the southeast and south of eruption sites and snow with sections and freezing temperatures. 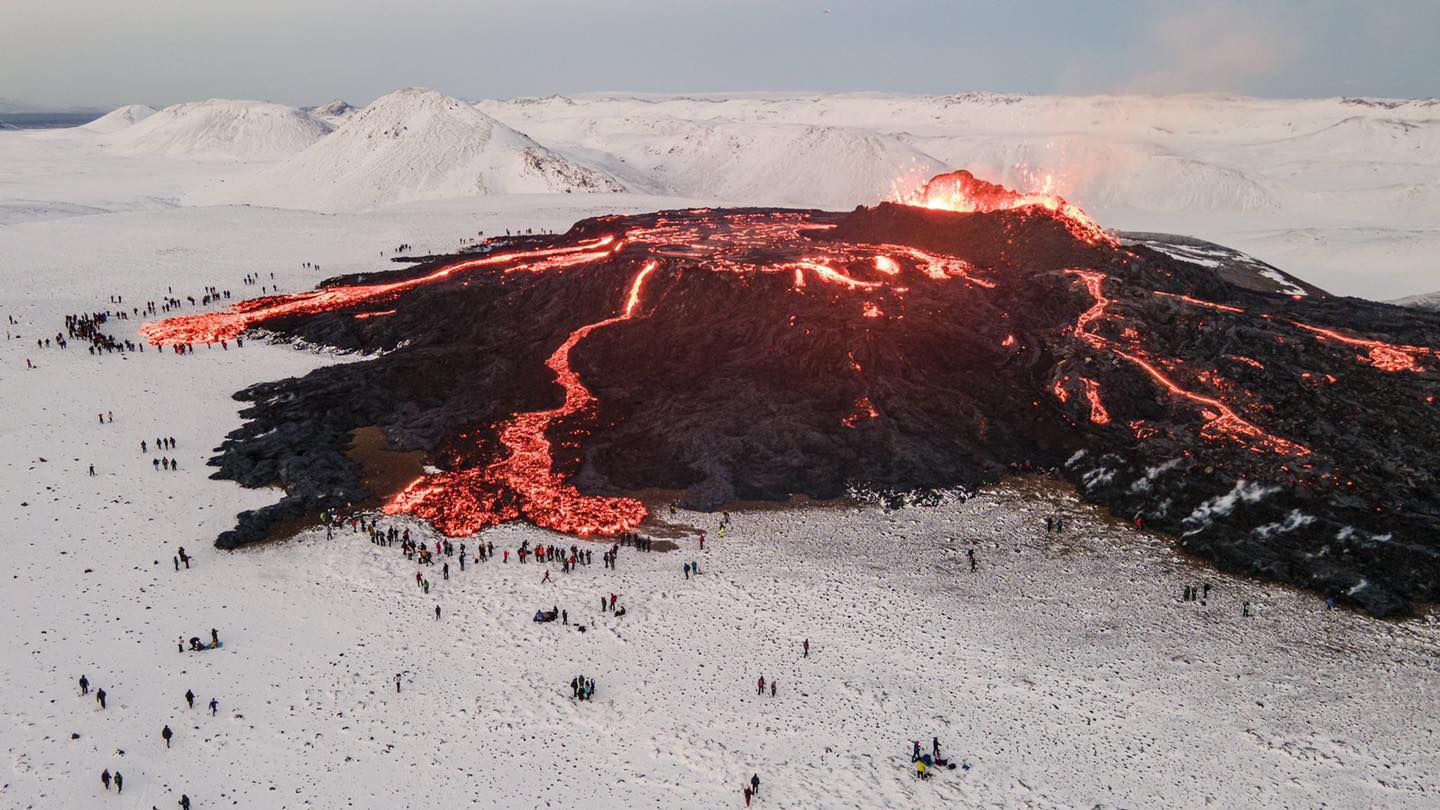