Activity of Etna, Nyiragongo and Fagradalsfjall.

The day of May 28 at the south-eastern crater of Etna was marked by three intense eruptive episodes.

The pattern is well known: increase in the tremor and Strombolian activity, passage to the stage of lava fountains, with overflow generating lava flow, then cessation of fountaining activity and drop in the tremor.

I will not detail this highly repetitive operation ... No other dramatic signs: the seismicity is not alarming, almost absent, inflation is contained.

The first eruptive episode occurred between 7 am and 8:30 am Analysis of the CCTV images shows that the eruptive cloud reached a height of approximately 6500 m above sea level. A second fairly brief and relatively light episode of explosive activity marked the southeastern crater in the afternoon of May 28, 2021, barely 9 hours after the previous eruptive episode
and from 15:40 UTC the resumption of explosive activity at the Southeast crater is observed. Based on the forecast model, the eruptive cloud produced by the current activity disperses towards E. Analysis of the CCTV images shows that the activity of the lava fountain described above, started around 4:00 p.m. UTC, was very discontinuous and by 4:15 p.m. UTC it was already over. In addition, the eruptive cloud, dispersed in the E direction, did not exceed 5000 m altitude. 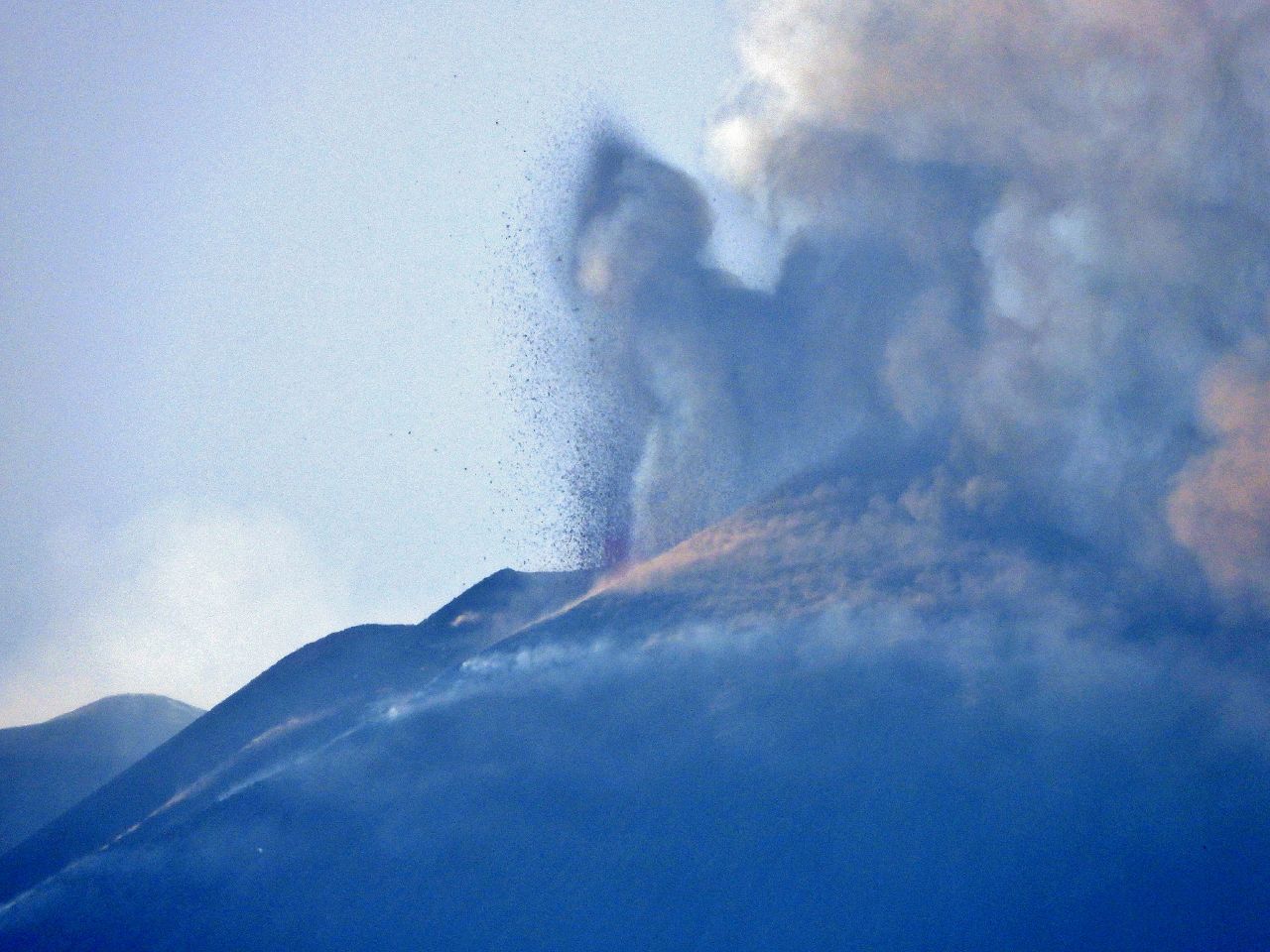 Third eruptive episode in Etna in a little over 12 hours, on the evening of May 28, 2021. Lava fountains 300 to 400 m high, lava flows towards the upper southwest flank (far from inhabited areas) and ashes and lapilli fall to the east.

From around 19:00 UTC an increase in the average amplitude of the volcanic tremor is observed, whose values ​​are currently at high levels. The location of the center of gravity of the sources of volcanic earthquakes is located in the region of the south-eastern crater at an altitude of about 3000 m above sea level. In addition, from around 19:00 UTC, an increase in infrasonic activity is observed, localized in the south-eastern crater. In Nyiragongo, the situation remains worrying!

Since the end of the lateral eruption this Sunday, many earthquakes have shaken the city of Goma, where inflation is observed.

2. opening of eruptive cracks in the city and possible lava flows in Lake Kivu

3. opening of an eruptive fissure in Lake Kivu

The scenarios 2 & 3 involving Lake Kivu could trigger a limnic eruption, with the release of quantities of carbon dioxide, carbon monoxide and other gases contained in the lake, with fatal consequences for the inhabitants still present on the shores. Eruption of Nyiragongo - evacuation and help from "blue helmets" to the youngest - photo Monusco 05.28.2021

In an interview with RTBF, the governor of the Province of North Kivu said: "The situation can change quickly, it is under constant surveillance, and in anticipation of this possible disaster, the evacuation is compulsory and will be towards Sake (locality 20 km west of Goma) "," People must take the bare minimum, to give everyone the chance to embark after having taken care to close their houses ".

His announcement was followed by the immediate departure of tens of thousands of people towards the southwest, towards the Congolese region of Masisi and Sake, and the nearby Rwandan border ... in a big mess.

In the Reykjanes Peninsula, the Fagradalsfjall eruption shows little change.

There is still some lava fountain activity going on, but it is minor based on views on web cameras.
Lava is now flowing through Nátthagi. It could reach the Suðurstandarvegur road in 20 to 60 days depending on the lava flow in Nátthagi.

Yesterday and this morning, the weather is very bad on the site, and only an incandescence of the flow makes it possible to observe the activity in the valley of Nátthaga. 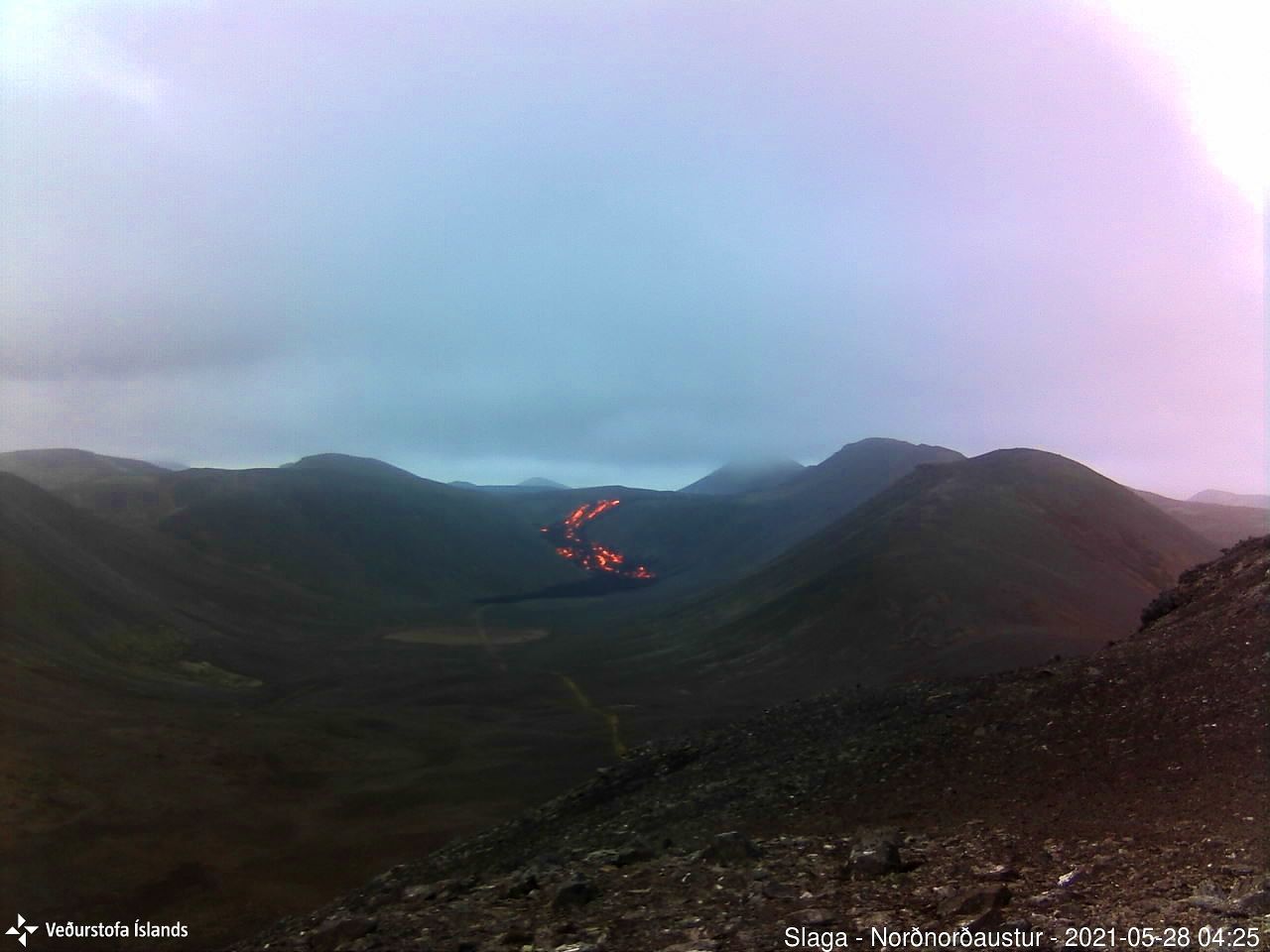