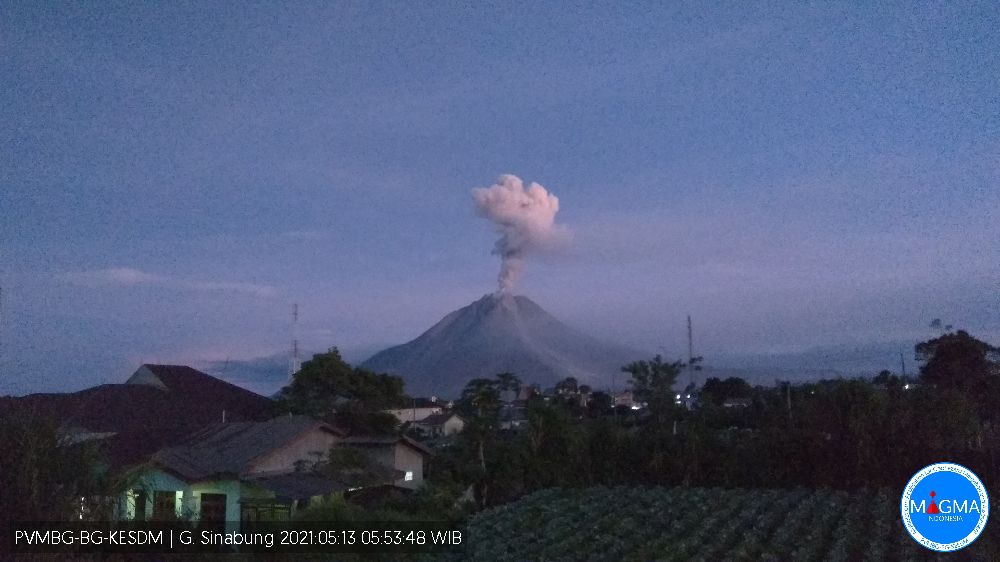 Communities and visitors / tourists should not conduct activities in the villages that have been displaced, as well as the location within a radial radius of 3 km from the summit of Mount Sinabung, and a sector radius of 5 km for the south -is sector, and 4 km for the east-north sector. 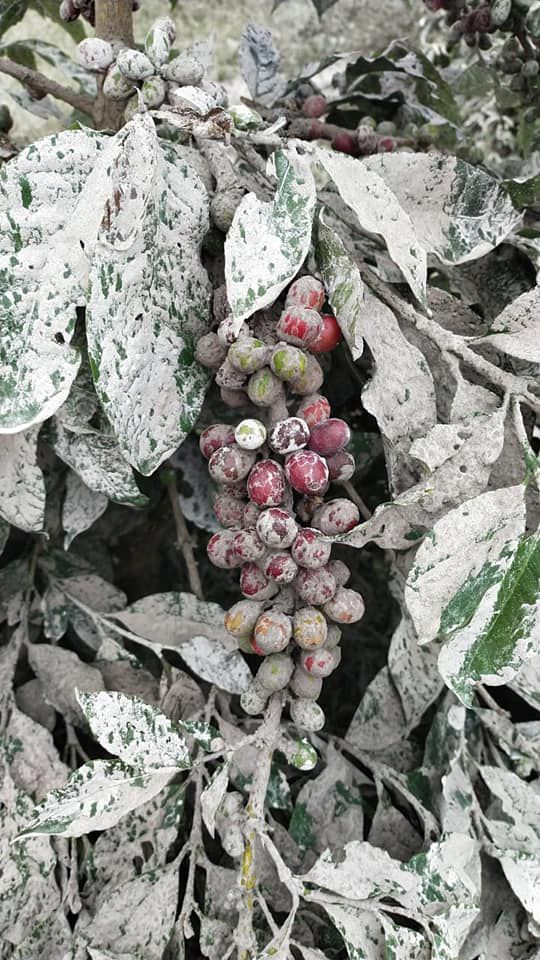 Satellite images reveal features in the 2021 crater of La Soufriere volcano that appear to be mostly rubble. The visible pattern (round lines) probably reflects the morphology of the rubble (ie subsidence, depressions and mounds). At this point, scientists can't say for sure that there are no vents, but there are no clear features in these images that definitely look like a dome or a vent. The source of the gas plume remains uncertain. We continue to monitor and investigate.
(Credit: Edna Dualeh University, Leeds. ASI / CEOS Volcano Demonstrator.)

According to the latest UWI report, seismic activity at La Soufrière, St Vincent has remained low since the earthquake linked to the explosion and the ash dump of April 22.
Over the past 24 hours, seismic activity has been limited to a few long-lived earthquakes.
Gas measurements on May 11 gave an average SO2 flow of 252 tonnes per day.
The volcano continues to be in a state of turmoil. Escalation of activity can take place with little or no warning. 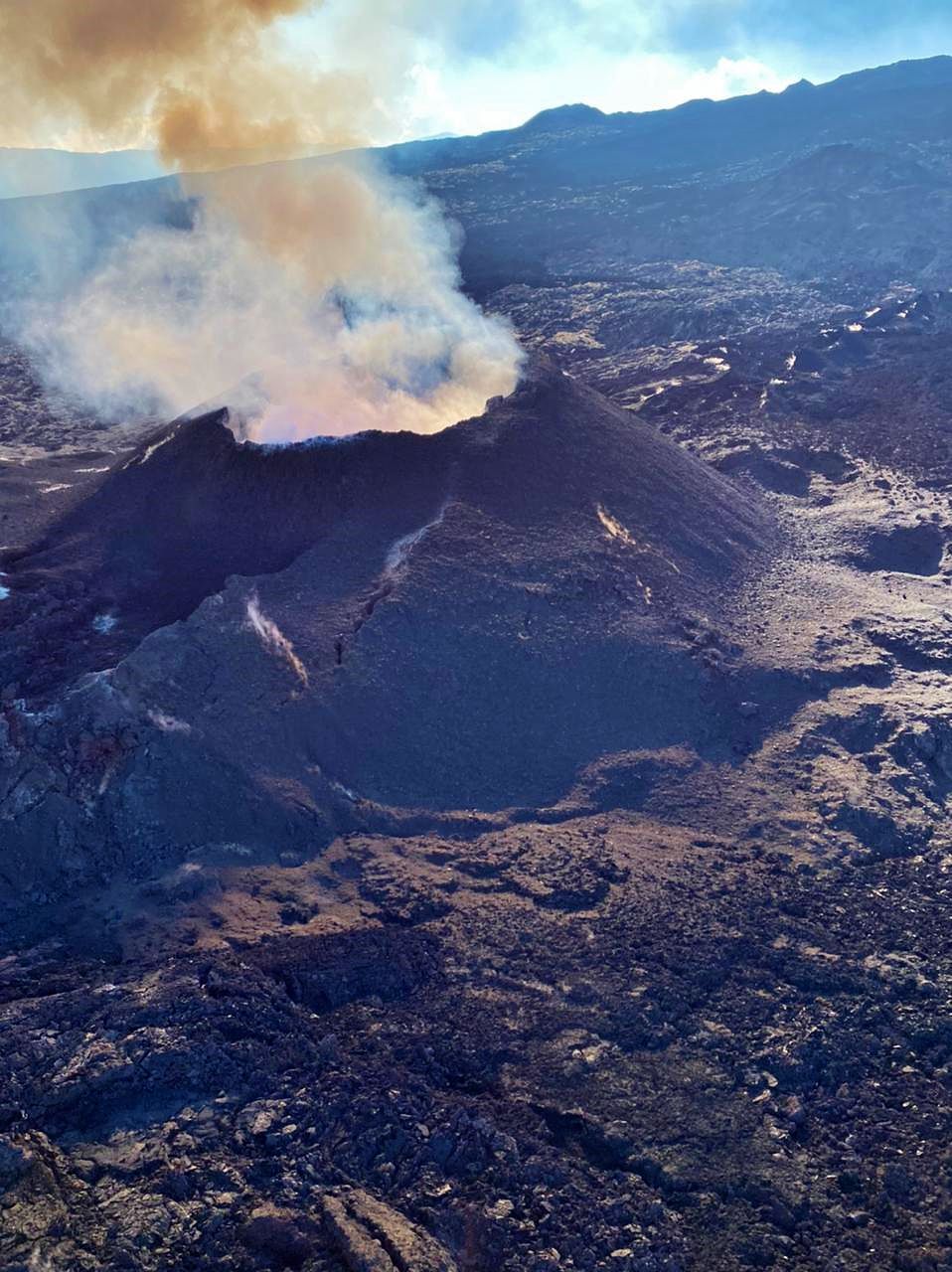 At Piton de La Fournaise, the amplitude of the volcanic tremor (indicator of an emission of lava on the surface) continues its slow decrease that began on May 2.

The images of the cameras of the OVPF and the OVPF / IRT of the last 24 hours, as well as the images taken by the SAG and the PGHM during an overflight yesterday around 3:30 p.m. show that: the two cones are still active with strong degassing. The lava level in the two cones is now very low, and the most downstream cone has closed considerably compared to the day of May 11.

The most downstream cone projects lava fountains at 5 minute intervals to a height of 5-6 m above the cone.

the flow of lava at the exit of the eruptive vents is mainly in tunnels up to the upper limit of the large slopes, where lava resurgences are sometimes visible on the surface; the flow front continues its slow progression in the Grandes Pentes, it was yesterday around 3:30 p.m. at an altitude of 920 m

The CO2 fluxes in the soil are always increasing in the far field (Plains region). However, over the last 48 hours, no significant deformation has been recorded. 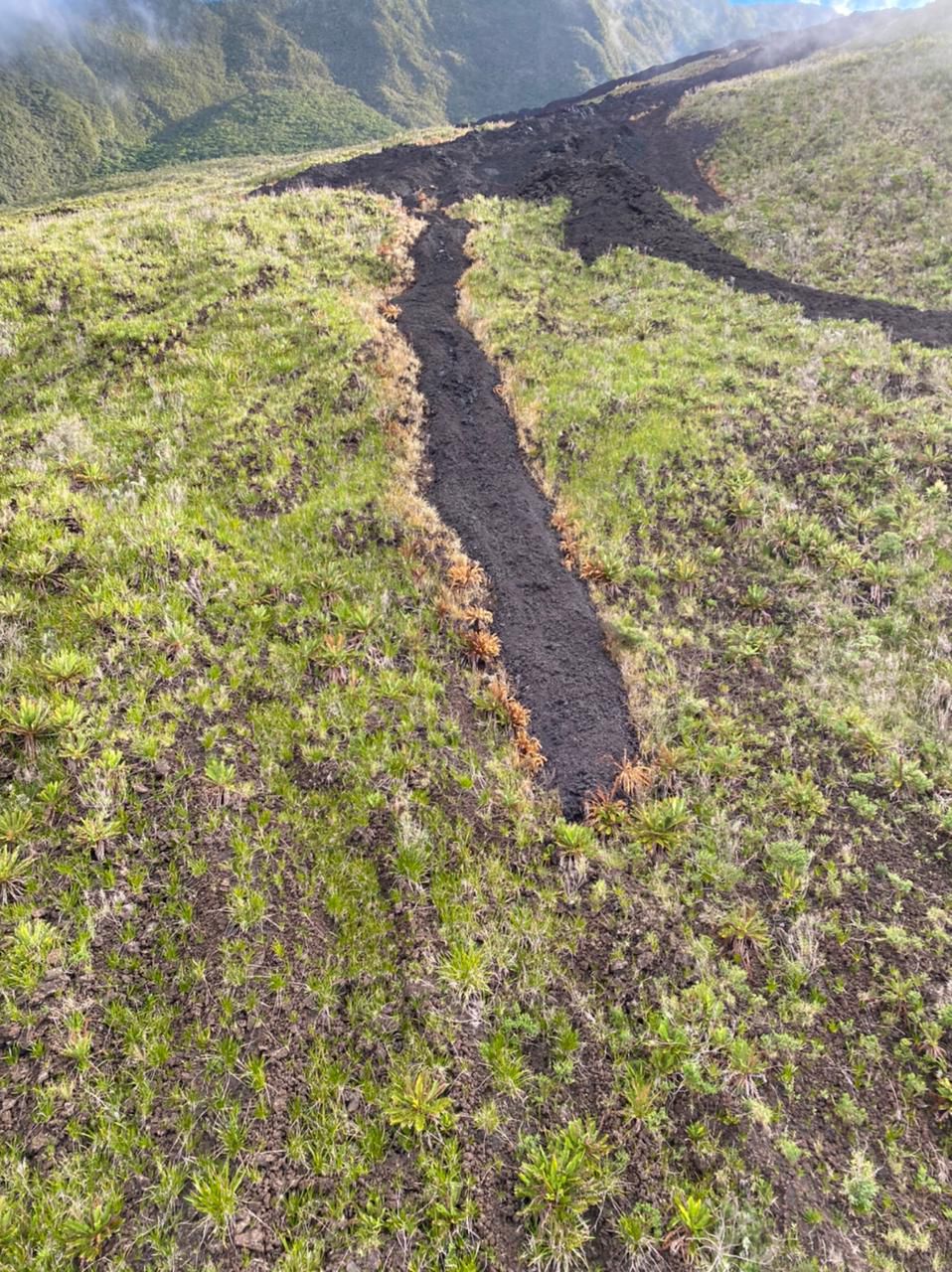