High surface temperatures were seen on satellite images of the Great Sitkin volcano in the Aleutians from January and detections have increased in the past two months. Satellite detections of an increase in volcanic gas emissions were observed from May 10. In addition, there has been a slight increase in local seismicity over the past two days. These data indicate a potential for increased eruptive activity at Great Sitkin. As a result, AVO increases the Aviation Color Code to YELLOW and the Volcano Alert Level to ADVISORY.

Great Sitkin is monitored with a local real-time seismic network, which will generally allow AVO to detect changes in disorders that can lead to an explosive eruption. Rapid detection of an ash-producing eruption would be achieved using a combination of seismic, infrasound, lightning and satellite data.

In the last 24 hours, the Taal monitoring network recorded 43 volcanic earthquakes, including 19 low-frequency volcanic earthquakes and 24 volcanic tremor episodes lasting from 2 to 12 minutes, and one low-level bottom tremor which has persisted since April 8, 2021.

Activity at the main crater was dominated by upwelling of hot volcanic fluids in its lake that generated plumes 200 meters high but weak that drifted southwest.

The soil deformation parameters, measured by inclinometry, continuous monitoring of GPS and InSAR images, continue to record very slow and steady inflation and expansion. from the Taal region which began after the eruption of January 2020. These parameters indicate a persistent magmatic activity at shallow depths under the edifice.

Alert Level 2 (increased unrest) is currently maintained on Taal Volcano, but high unrest has reoccurred in the past three days and volcano conditions remain unstable. DOST-PHIVOLCS reminds the public that at Alert Level 2, sudden steam or phreatic explosions, volcanic earthquakes, minor ash falls and fatal accumulations or expulsions of volcanic gas can occur and threaten areas in and around TVI. 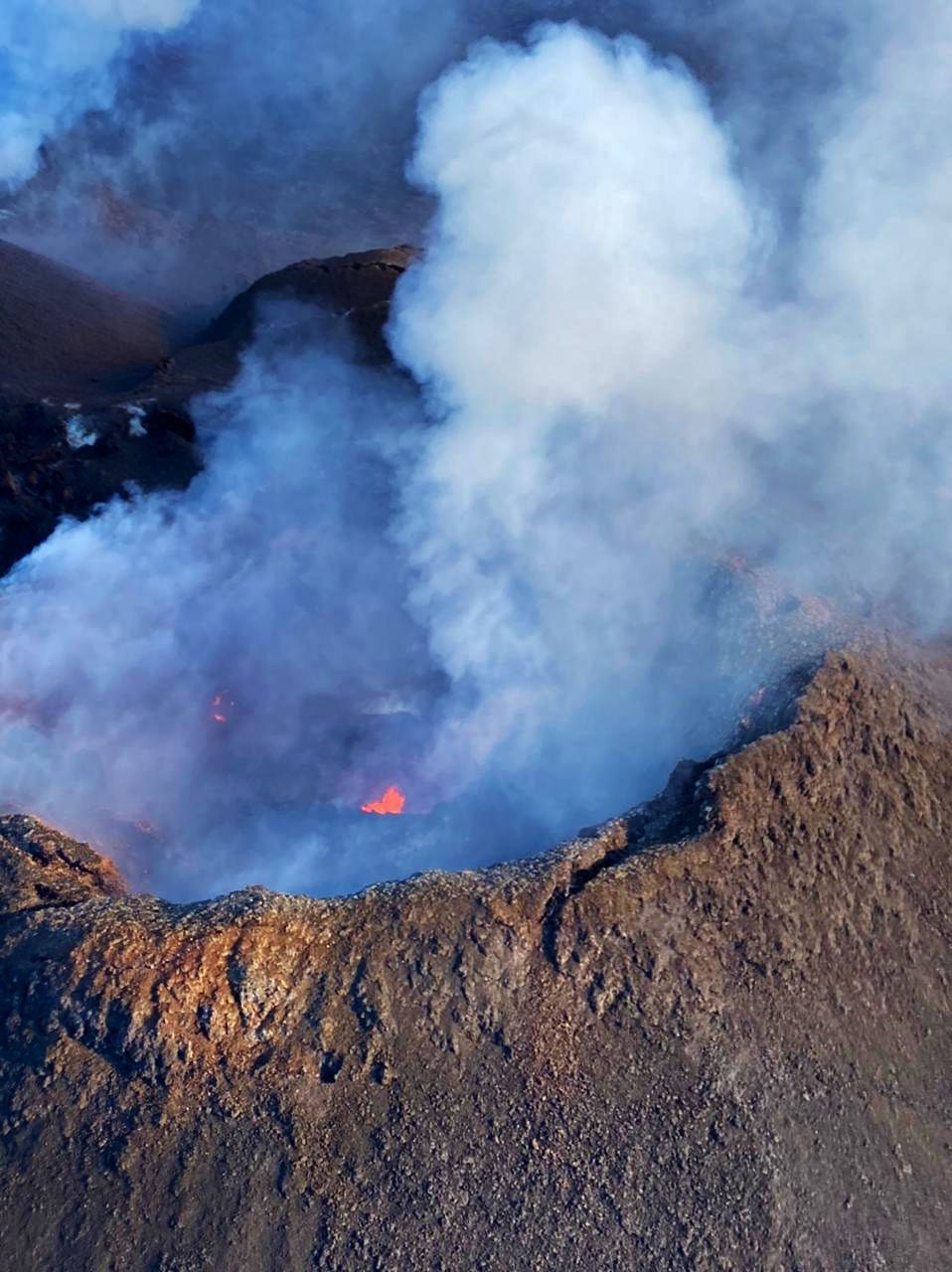 An overview of the eruption at Piton de la Fournaise by SAG and PGHM on May 12 afternoon showed that:

The lava level in the 2 cones is now very low. During the morning, the lava lake located in the upstream cone seemed to have disappeared.

The amplitude of the volcanic tremor (indicator of a surface lava emission) continues its slow decrease that began on May 2.

The images from the OVPF and OVPF / IRT cameras over the past 24 hours show that the lava flow at the outlet of the eruptive vents, is mainly in tunnels and up to the upper limit of the large slopes. , where lava resurgences are sometimes visible on the surface; the flow front continues its slow progression in the Grandes Pentes, now only in spurts. The flow front was located at 3:30 p.m. at an altitude of 920 m.

The CO2 fluxes in the soil are still increasing in the far field (Plains region) and decreasing in the near field (Volcano Gîte) suggesting that deep recharge is continuing.