News from Stromboli, Fagradalsfjall and Darwin's Arch in the Galapagos.

The National Institute of Geophysics and Volcanology, Etneo Observatory, announces that as of 12:47 UTC on May 19, 2021, an increase in explosive activity was observed from the area of ​​the North Crater of Stromboli which at 12:51 a.m. produced a pyroclastic flow which reached the coast, then developed over the sea for 1 km and produced an ash cloud which reached an estimated height of about 1.5 to 2 km above sea level .

From 12:47 UTC, an increase in the seismic trace was recorded which may be associated with the dynamics of the pyroclastic flow along the Sciara del Fuoco. Following the overflight carried out by INGV personnel with the fire brigade helicopter, it was observed that the pyroclastic flow, described above, came from the collapse of the side of the north crater (CN). The latter produced an overflow of lava which flows along the Sciara del Fuoco; the lava front has reached the coast. In Fagradalsfjall, for the past five weeks, a crater has dominated the activity and all the lava is coming out. This period can now be divided into two parts.

There were first three weeks when the flow was 5 to 8 m³ / s and slightly increasing. During the past two weeks, the flow has been 11 to 13 m³ / s. Despite this increase, the lava flow is relatively small compared to many other eruptions. 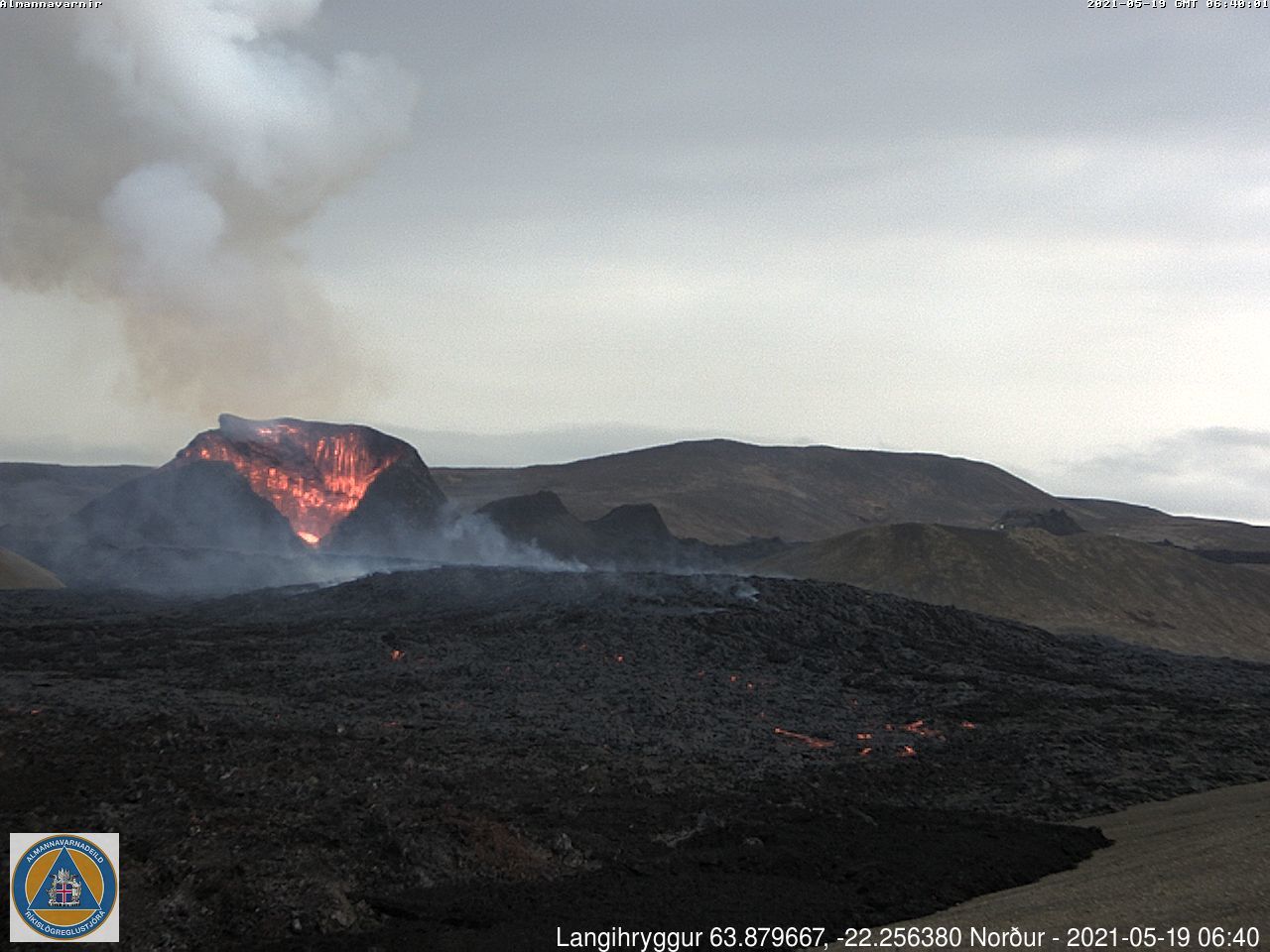 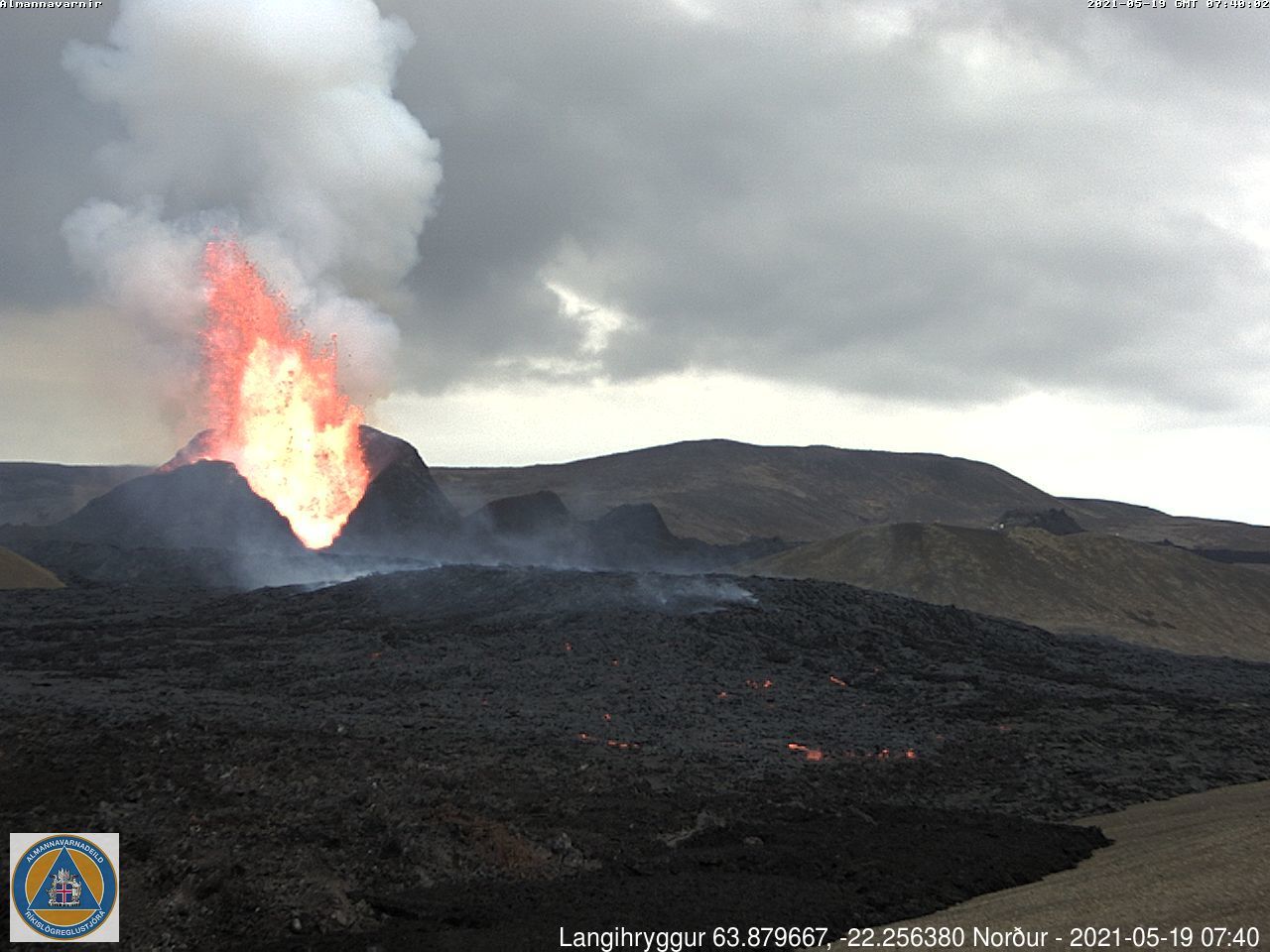 By May 18, the area of ​​the flow field had increased to 2.06 square kilometers, the total erupting volume was 38 million cubic meters.

Authorities directed the construction of earthen barriers to prevent lava from flowing into the Nátthaga Valley and possibly overtaking Highway 427 (Suðurstrandarvegur) to the south, protecting the road and buried fiber optic cables.

The aviation color code remained at Orange due to the lack of ash and tephra emissions.

Authorities have warned of increasing risks from gas emissions. On May 17, the Ecuadorian Ministry of the Environment reported the collapse of Darwin's Arch, the pretty natural bridge located less than a kilometer from the main island of Darwin, the northernmost island in the world. he volcanic archipelago of the Galapagos. This event would be a consequence of a multifactorial natural erosion.

The rock structure, which is nearly 43 meters high, 70 meters long and 23 meters wide, is not accessible by land.