In Sinabung, on Sumatra, between the eruptions, a plume of white vapor and gas, of fine to medium intensity, is observed about 50-400 meters from the summit. Moderate emission of white vapor-laden plumes was observed rising 300 meters before drifting northwest. Sulfur dioxide (SO2) emissions were measured at an average of 96 tonnes / day on May 8, 2021. Soil deformation data from continuous GPS and electronic tilt measurements record slight inflation of lower slopes and averages since June 2020. These parameters may indicate hydrothermal, tectonic or deep magmatic processes occurring deep beneath the edifice.

DOST-PHIVOLCS would like to remind the public that the Kanlaon volcano is on alert level 1, which means it is in an abnormal state and has entered a period of unrest. Local communities and the public are strongly reminded that entry into the permanent danger zone (PDZ) within a radius of 4 kilometers must be strictly prohibited. The eruption of Fagradalsfjall continues, with the resumption of lava fountains on May 9.

The images taken by the Landsat 8 satellite in infra-red show that the active lava flow from vent # 5 is heading towards Meradalur. 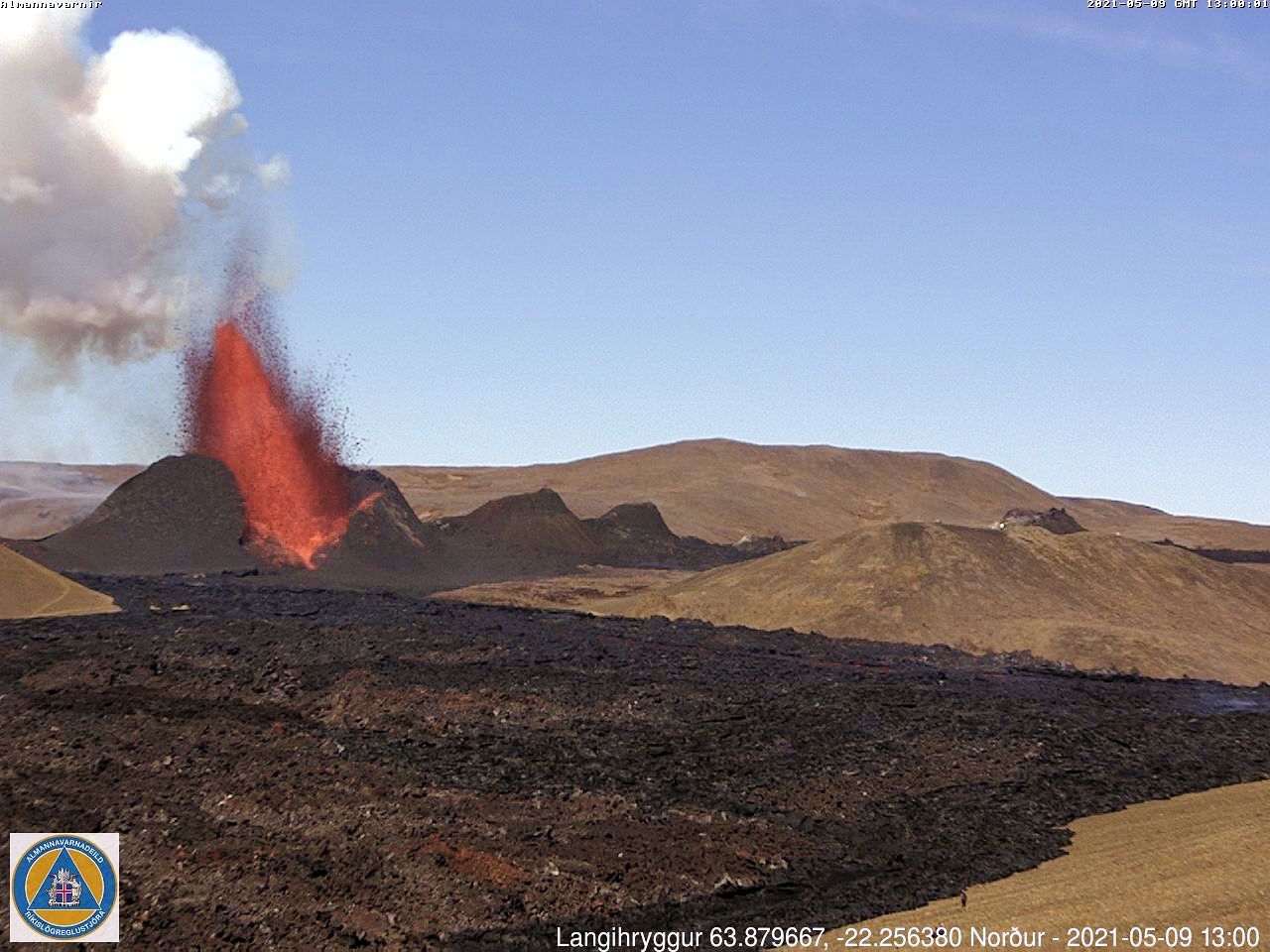 The eruption at Piton de La Fournaise, which began on 04/09/2021 at 7 p.m. (appearance of the tremor), continues. The amplitude of the volcanic tremor (indicator of a surface lava emission) continues its slow decrease that began on May 2. However, its amplitude remains significant, still reaching 40% of the maximum amplitude observed during this eruption on April 13.

The two cones are still active with a degassing which is always more marked at the level of the most downstream cone.

The flow of the lava at the exit of the eruptive vents, is done mainly in tunnels and this almost to the upper limit of the large slopes, where resurgences of lava are visible on the surface.

The flow front continues its slow progression in the Grandes Pentes and was located yesterday at around 1200 m altitude.

The CO2 fluxes in the soil are still increasing in the far field (Plains region) and decreasing in the near field (Volcano Gîte) suggesting that the deep recharge is continuing. The slight inflation (swelling) of the summit zone continues, which testifies to a pressurization of the surface reservoir in accordance with its recharge by deeper magma.