The INGV announces that shortly after 14:30 h UTC on 26 June 2021 a resumption of strombolian activity by two eruptive vents on the South-East Crater of Etna has been observed, which is progressively intensifying, accompanied by the production of small quantities of volcanic ash.

In the previous hours, the lava flow emitted by a mouth at about 3050 m on the south-eastern flank of the South-East Crater, which remained active after the previous night's eruptive episode, has been progressively exhausted and is currently cooling.

At 14.20 hours UTC, the magnitude of the volcanic tremor is on average increasing. The last location of the tremor, at 13.45 hours UTC, is near the South-East Crater at a depth of about 3.0 km asl. At about 15:40, the strombolian activity in the South-East Crater has progressively changed to the lava fountain stage. The emission of pyroclastic material is intensifying, feeding a high eruptive cloud reaching a height of about 5 km above sea level. At the same time, a southwestward overflow of lava began, superimposed on the previous evening's eruptive episode.

Lava fountain activity ceased at around 16:50. A small ash emission from the south-east crater still persists. South-East crater, and the flow continues to extend south-west and south-east. south-south-west. A resumption of effusive activity is also observed at the mouth located at an altitude of 3050 m on the south-eastern flank of the south-eastern crater, which feeds a small lava flow of about 100 m in length.

There is a fallout of lapilli with diameters of 1-2 cm in the area of Macchia di Giarre and Zafferana Etnea, and several millimetres at Torre Archirafi (east side of Etna). 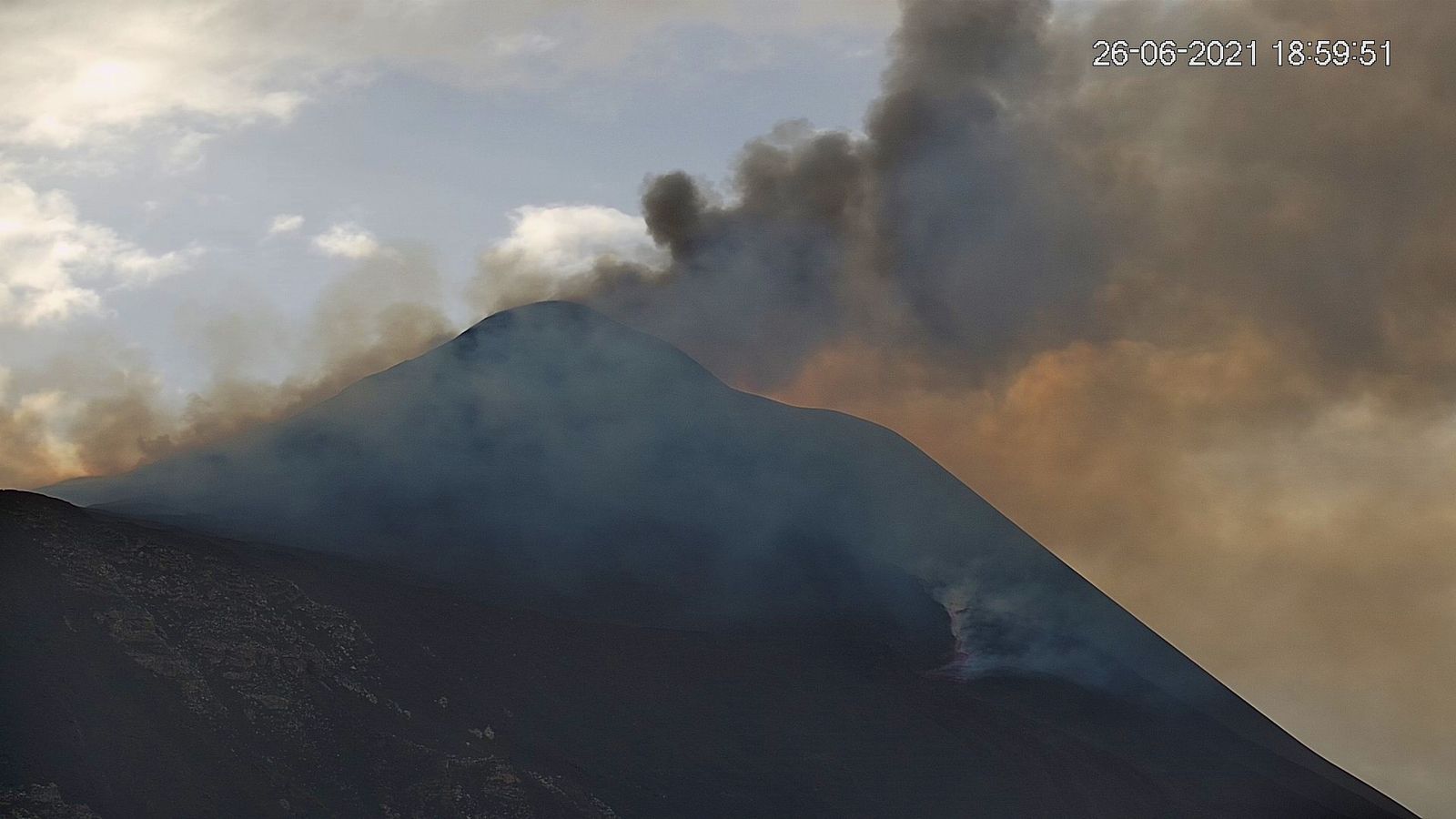 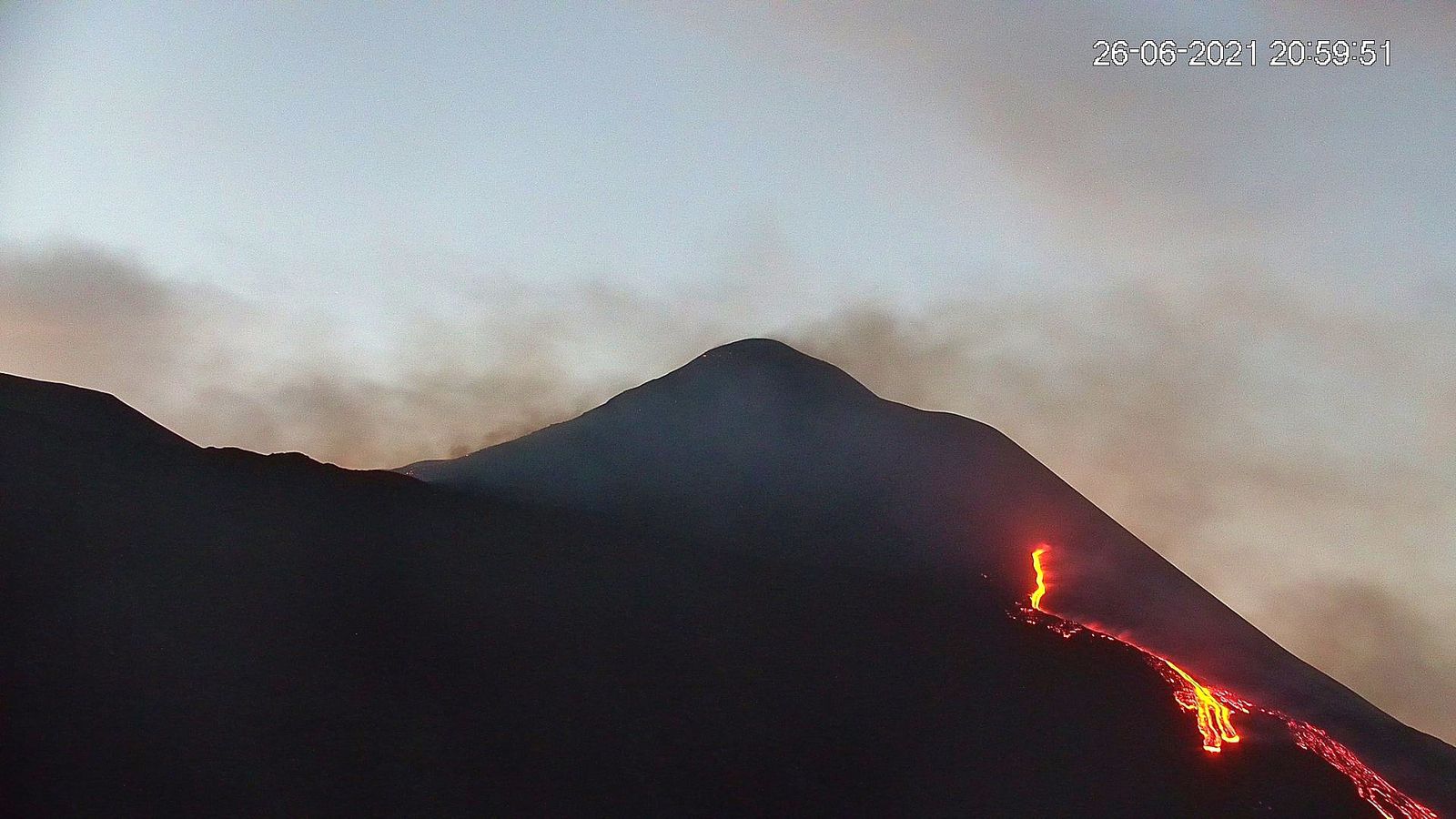 At about 20:59, strombolian activity ceased, but effusive activity continued from the mouth on the south-eastern flank of the south-eastern crater, feeding a lava flow which, at an altitude of 2900 m, split into two branches. The longer and more northerly of these branches had reached an altitude of about 2600 m at 20:00 UTC and had begun to cool; the other branch had an active front at about 2700 m.

The hypocentres fall to the north of the Cumbre Vieja volcano at depths between 24 and 32 km. The maximum magnitude observed was 1.7.