News from Fagradalsfjall, Nyiragongo, and Lō'ihi and Mayotte seamounts.

In Fagradalsfjall, the path leading to the observation point of the active cone, and prohibited from entering by the police, has still not been cut. Fagradalsfjall - eruption on 06/03/2021 - the observation point is about to be surrounded by lava and transformed into a kipuka. Note: the yellow ribbon prohibiting access - - photo mbl.is / Einar Falur - - one click to enlarge

New measurements were taken yesterday, Wednesday June 2, when Garðaflug flew with the Hasselblad camera from the Institute of Natural History, and terrestrial models from Fagradalshraun have now been prepared.

The average lava flow over the period from May 18 to June 2 (15 days) is 12.4 m³ / s. This measure confirms that the increase in lava flows that occurred in early May continued. The lava flow in May was therefore twice as high as the average for the first six weeks.

The lava now measures 54 million cubic meters and the area of ​​2.67 square kilometers.

Current measurements show that there is no sign of slowing down, on the contrary, an increase over time. It is impossible to predict how long how long the rash will last, at this point. 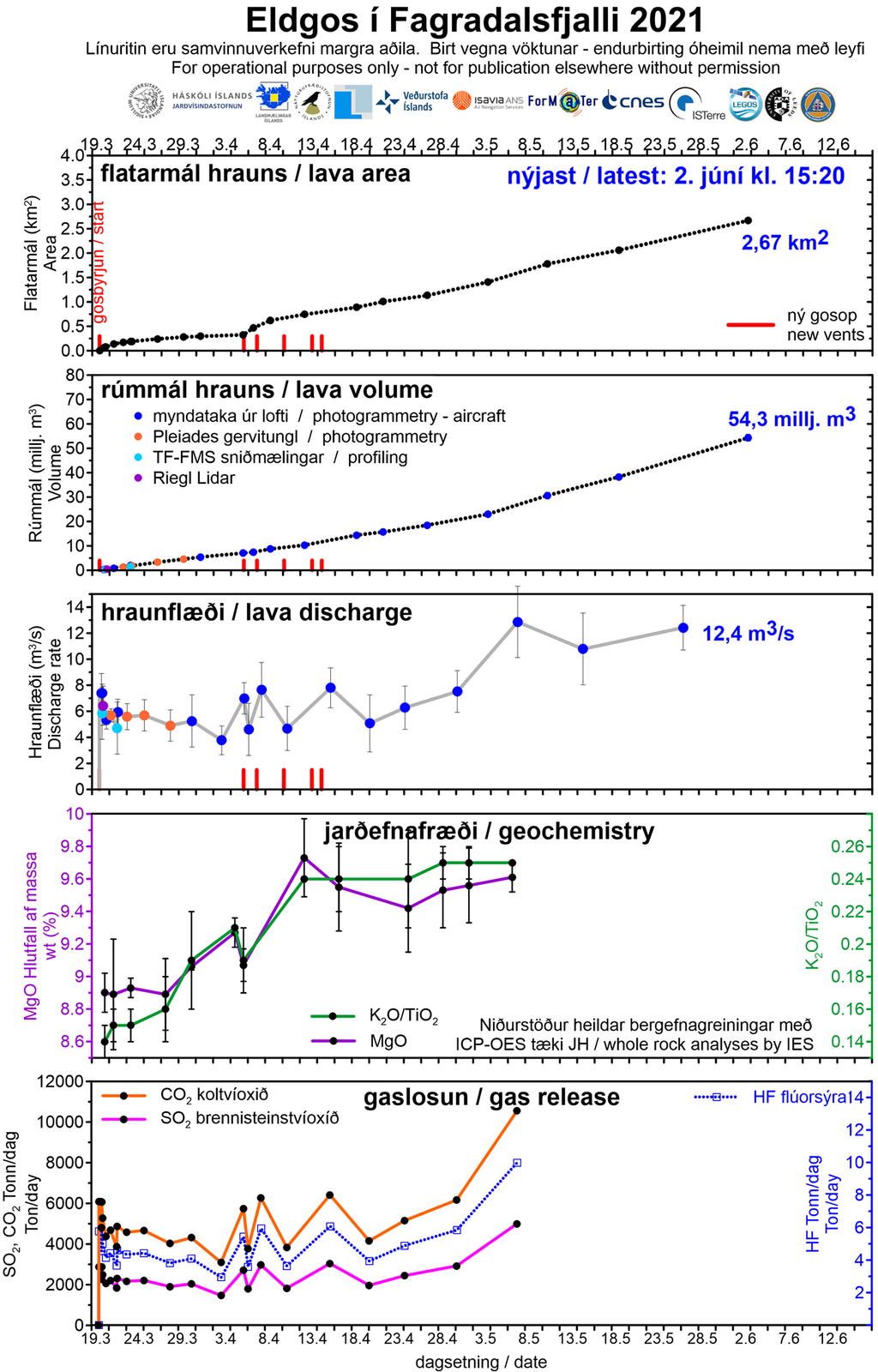 In Nyiragongo, seismic data, recorded on June 2, 2021, indicates a continuous decrease in the number and magnitude of earthquakes (most of them are not felt); the direction is south, under the lake.

The GPS network always indicates a decrease in the travel speeds measured at the stations. The physical impossibility of installing seismic or GPS stations in the lake does not allow precise detection of a possible rise of magma under the lake. New satellite data recorded between May 27 and June 1 shows that the ground continues to deform south of the city of Goma, however at a much slower speed than at the start of the eruption. These deformations can still create or extend existing fractures in the soil.

Although the authorities have not yet authorized a return to Goma, a movement of people returning to the city continues to be observed, in particular between Minova and the area of ​​origin of the displaced people. The quake was centered about 42 km (26 miles) southeast of Nāʻālehu, under the Lō'ihi Seamount at a depth of 11 km.

The alert level and the aviation code remain: unassigned.

Moderate shaking, with a maximum intensity of V on the modified Mercalli intensity scale, has been reported on the island of Hawaii. At this intensity, significant damage to buildings or structures is not expected. 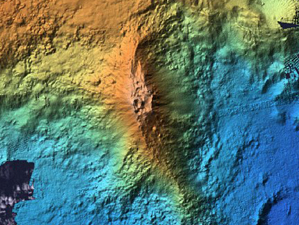 The first photos of the flows of the submarine volcano of Mayotte, in the Comoros, have just been published. They were carried out by the "ROV Victor 6000", deployed by the ship "Pourquoi pas", during the GeoFLAMME mission from April 17 to May 25, 2021.

This GeoFLAMME mission is based on the knowledge capitalized on during MAYOBS monitoring missions funded by different Ministries (MTE, MOM and MESRI) and aims to answer more upstream and / or fundamental scientific questions:

- understand the interactions between magmatism, tectonics and fluid emissions at the lithosphere scale on several spatial and temporal scales,

- understand the implications on the physico-chemical properties of the water column and the evolution of ecosystems,

The #Geoflamme mission leader reacts to the first images of the Mayotte volcano! - Ifremer video